When I reach Faye Webster at her Atlanta home, she’s just come off a tour with Lord Huron, which she’d hopped on right after wrapping dates with Stella Donnelly. The first thing she tells me is that she’s decided to cancel her next stretch of shows. “I’ve just been over my limit, touring,” she says. “It can really wear on you.”

She says this with no air of resignation or undue contrition. It’s a statement of fact, and not a wearisome one just … a fact. (Don’t worry: She’s still kicking off her forthcoming headlining trek at Bonnaroo next month.)

That sort of nonchalant self-awareness typifies the 21-year-old Webster in most everything. Her post-normcore, post-twee prep style (topped with her now trademark wide-brimmed visors) is less trendy branding and more personal identity. Her obsession with yo-yos, her distinct photographic eye, her love of Braves baseball, her ear for Western swing, all things that some might define as quirks are no more than Faye being Faye.

The same goes for her music. Since her beginnings with ATL label/collective Awful Records, people have tied the hip-hop classifier to Webster’s particular brand of Americana. Though she’s confident in the sound she’s created — a blend of everything from alt-country to breezy indie to Southern rhythm and blues — even she has trouble putting a name to it. Maybe it’s pedal steel R&B, a twangy, measured, shimmering style serving the wistful whims of the artist herself.

Yet, as it always is with labels, nothing really better defines it than the thing itself. Webster’s third album, Atlanta Millionaires Club, is the gorgeous, perfectly crafted effort of a young artist so utterly in control of who she is that even the moments of self-doubt hum with natural poise. The coo of her voice, the bend of the steel, pulling together for an uncompromised representation of everything Webster is, fears and all.

She knew from a young age this is where she wanted to be. She knew this is how she wanted to sound. She knew, from the start, exactly who she was. Even if she never makes it big enough to become an actual Atlanta millionaire, we should all be so lucky to have her wealth of character.

On Starting Her Career on an Atlanta Outsider Hip-Hop Label

They just made me way comfortable doing what I’m doing. I was just hanging out with them for fun before they signed me. Looking around and seeing all these crazy out-of-the-box artists and musicians and kind of thinking like, “Oh shit, I can actually do this. Like this is a living. This isn’t just something people talk about and try to convince their parents to do; people are out here really doing it.” I think they made me really confident and then I realized as I was doing music, just how receptive they were. It made me feel comfortable doing what I do.

On Signing with Secretly Canadian

I would like to talk to [Awful head] Father for hours on the phone about it, and it was hard to leave them just because I used to be in a mindset where I’d wanted to stay on Awful for my whole career if I could. But it’s almost like being on Awful was almost kind of just working for yourself. Like, everybody is still doing things by themselves. There’s nobody in charge. It’s just kind of just a name that you get to identify yourself with. So I think I just realized I’m already the outlier here, and I’m so young, I don’t know how to do this, I need more help. I think it was the right time, right place when I found Secretly. And I think I’m like finally where I really belong, but obviously I would not be here without Awful. 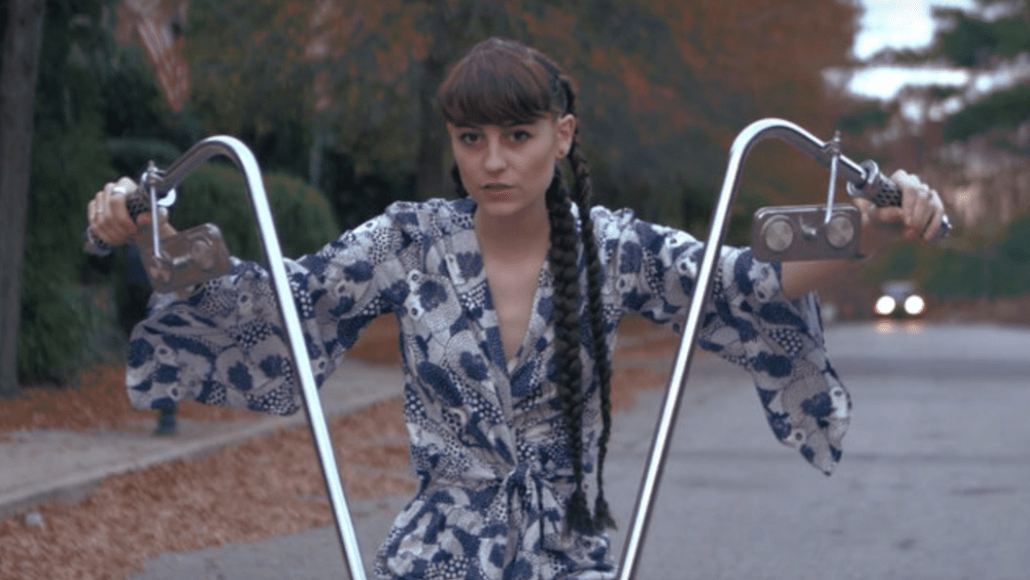 Faye Webster in the “She Won’t Go Away” video

When I signed that [first] album to Awful, all the reviews were like, “This is Americana meets rap.” Like, that album was as Americana as Americana gets almost. So, I think it definitely threw a curveball at people. At first, I felt like writers are just lazy; they’re just copying other headliners and like not even listening to my music. Just being like, “Oh, Awful … rap,” and make-shifting this genre for me. I also don’t know what to call it, and I haven’t seen something that someone’s written about me that I’ve 100% been like, “Oh yea, that is what my sound is.” I also think that kind of the art of it is just like throwing it out there and letting people think what they think and not having to, like, be that necessarily.

There’s so many creative people in Atlanta. All my friends just do something different that’s creative, and I think that’s what makes Atlanta really special. So, I think coming from Atlanta and being able to, I guess, rep the city where all these other people are doing this is really special. I don’t purposely try to incorporate Atlanta. I think it’s just unconsciously me.

On Keeping Pedal Steel in Her Music

My pedal steel player’s name is Pistol. He’s from Athens. He’s played on both of my records, and he’s just a genius. It’s an insane instrument. If you watch him play it, it makes no sense.

I remember at one point, my UK team at Secretly was like, “Do not put out ‘Room Temperature’ as a single. It is not going to play here in the radio. People are not gonna like it. Nobody likes the pedal steel in the UK. It’s too like American.” And I did it anyways because I was like, no way. Like, who doesn’t like the pedal steel? And I’m sure it’s not playing on the radio over there, but I don’t care. I think more people like it than dislike it. It’s such a beautiful thing. And I think some songs are very Americana and some songs it’s so unnoticeable that it’s even there. I was literally like, “You’re not gonna win this.” Every track but two have pedal steel.

On Writing Songs About Specific People

It took me a really long time to even think of doing that. I remember when I first wrote “Jonny”, I was like thinking about changing it to like “Charlie” or something else. I think that’s a thing just in my songwriting in general of just like, “Fuck, this is about to really hurt somebody’s feelings.”

I remember like asking my brothers like, “Shit, should I not say this thing about Mom? Is Mom going to be mad at me? Is she going to cry when she hears this?” And they were just like, “Dude, this is how you wrote the song. This is how you should keep it”. I think that’s the thing with songwriting that you just have to accept. And that’s insanely true. The second song on the album, “Hurts Me Too”, is kind of a whole song about how I don’t change my words and songs and that I know I’m probably hurting somebody’s feelings. I think it’s definitely just over time me getting comfortable with being honest and writing. Because I definitely did not do that on my past two albums. My past ones definitely have way more generic lyrics. 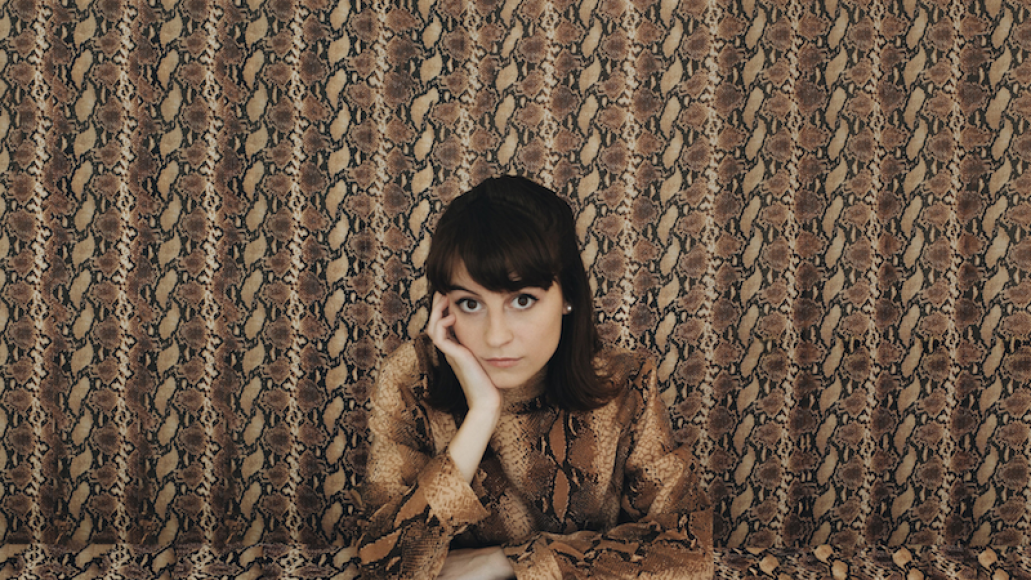 I definitely don’t do it as much as I want to. At this point, it’s kind of just if I have an idea for a photo of myself, like can somebody take this? I haven’t even been home, let alone have time to set up a portrait. Pretty much every single picture that exists of me anywhere has been taken by Eat Humans, who is the Awful photographer. I’ll always request him. Literally every feature or magazine I’ve ever done, he’s been the one to take my picture or any press photo. I like to team up with [Awful artists], so it’s way more comfortable than it could be. They’re my dearest friends.

On Directing Her Own Music Videos

I wouldn’t make one if I’m not 100 percent behind it. That’s kinda why I didn’t make one for “Right Side of My Neck”, just because there’s just nothing that I was 100 on, especially since I was like in the middle of a tour. There’s nothing I could make that I’d be satisfied with in 10 years. I mean, that’s not what I think about when I make it, but that’s definitely a thought in my head. With everything, that’s always a thought in my head: “Do I want to release this?” I remember the Backpack Kid asked me to be like the lover in his music video. I was like, “Hell no!” Like I did not want to be in the Backpack Kid’s music video 10 years from now.

On Making a Career Out of Music at a Young Age 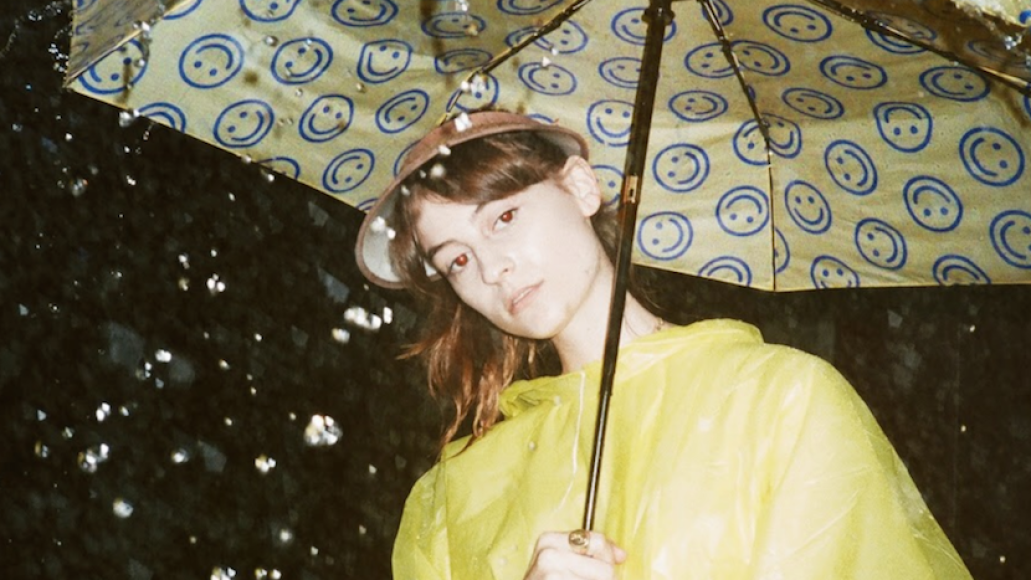 I’ve always known I wanted to do this. I think I would not be doing this if it wasn’t for my high school friends making music on Soundcloud and inviting me up on stage. People around me doing it I think is what fueled me.

I think the best thing I’ve gotten so far is just showing my family this is a thing. I think I struggled for so long, feeling like I had to prove myself to my family and not have my cousins be like, “When’s Faye getting a real job?” I think it’s nice to finally be like, this is a job. This is what it is; this is what I want to do. I haven’t changed that aspect. I think I pushed it a lot. Especially to younger kids, I think it’s so important to not make kids feel like they have to grow up and be whatever their parents have made them think to be.

On Naming Atlanta Millionaires Club for Her Dad 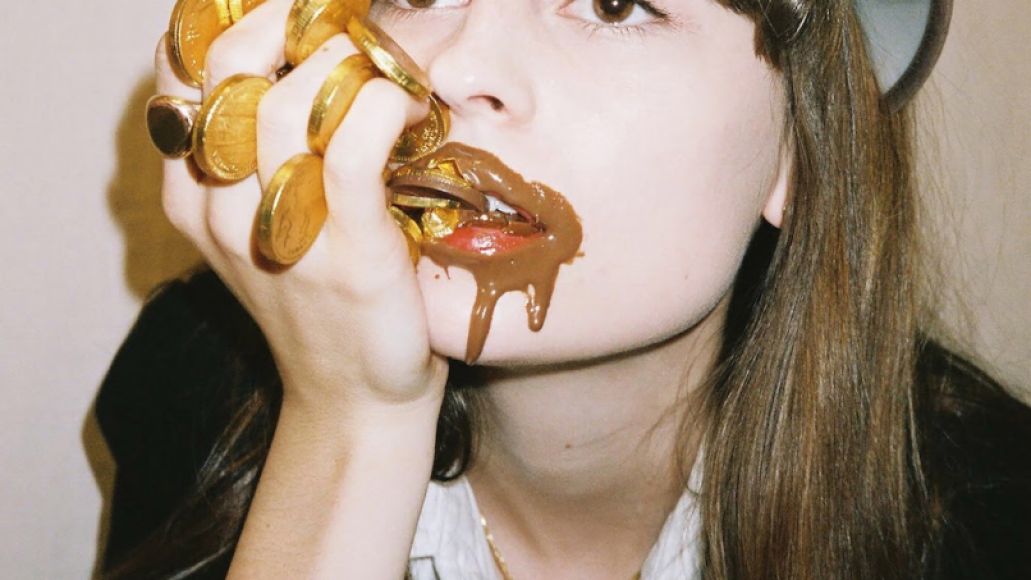 I made this album for my dad, and I named it after my dad. [My parents] are super important to me. My dad used to call him and his friends the Atlanta Millionaires Club. In college, They would all go to the Braves game together wearing Atlanta Millionaires Club shirts and do like 5K races and stuff. He got a kick out of it and I think most of the other millionaires did. I’m not sure if there’s still a gray area for some other millionaires being like, “This is my thing.” On the inside it says, “To all the founding members, established 1989,” so hopefully that cools them down.

Artist of the Month Faye Webster on Atlanta, Pedal Steel, and Defying Labels