The Pitch: It’s 1889, and South Dakota is soon to become the nation’s newest state. With that, the onetime hardscrabble camp of prospectors and cutthroats in Deadwood is being ushered into the future, grumbling but prepared. Picking up ten years after the television series left off, Deadwood: The Movie sees local luminaries like the saloon-owning power broker Al Swearengen (Ian McShane) and the now-Marshall Seth Bullock (Timothy Olyphant) having settled into their roles in the town on the cusp of the dreaded-but-long-awaited arrival of law, civilization, and progress.

And yet, on the auspicious occasion of impending statehood, the camp’s former leading lights have returned to celebrate, as well as to dredge up the joys and ills of the past. The industrialist agitator-turned-Senator George Hearst (Gerald McRaney) once again swoops in with his ambitions and an aptitude for reopening old wounds. At the same time, Alma Garret Ellsworth (Molly Parker) revisits the place that changed her fortunes, while exchanging meaningful glances with the man who had a substantial hand in that change. And “Calamity” Jane Canary (Robin Weigert) slurs and stumbles her way to camp once more, to wrestle with her own lost love and regrets.

As those ghosts venture forth to mark the last moments of Deadwood as a wild, lawless place, renewed threats and old grudges come back to upset the delicate peace the camp has enjoyed ever since audiences last stepped foot in this combative little patch of land. 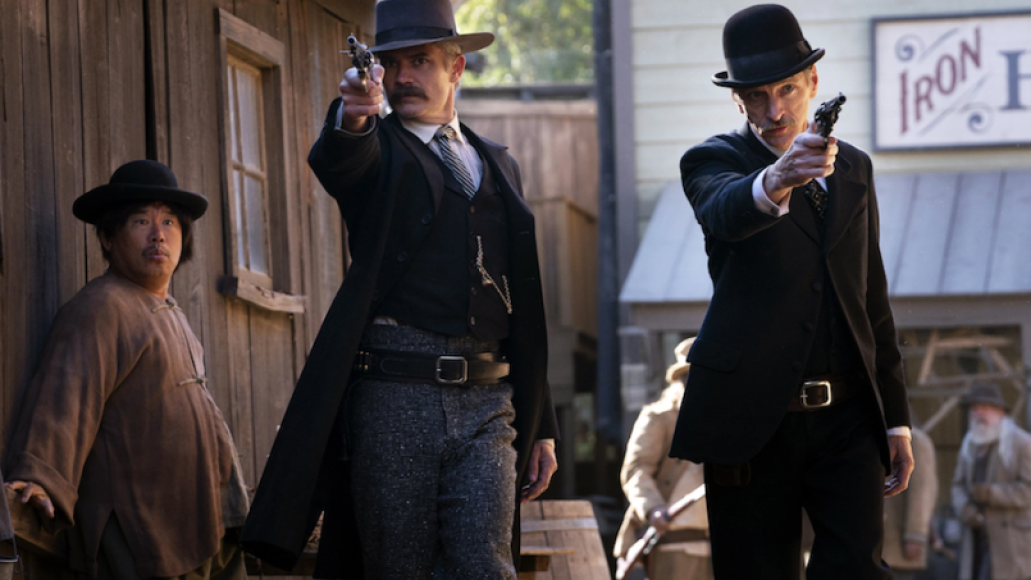 Tell Us Something Pretty: Like all late sequels and revivals, Deadwood: The Movie is as much a reunion as a continuation. The original television series, which went off the air in 2006, already featured a sprawling cast of characters. And yet, in the confines of its two-hour runtime, the movie manages to check in on nearly every surviving character of note from the show’s original run.

Given the size of the cast, some of those returns are less meaningful than others, but the movie takes care to provide grace notes and codas for almost everyone. That approach allows longtime fans the delight of recognizing familiar faces (albeit with a few more lines and a little more salt in their pepper) amid the camp’s famous thoroughfare.

Aside from one new character (who fits writer and series creator David Milch’s thematic ends here), the movie wisely avoids jostling its revival with too many other fresh faces. Deadwood: The Movie readily invokes the lingering spectres of the past, and given the streak of cynicism that always ran alongside the show’s subtle optimism, it’s not above examining the costs of the blood and sacrifices necessary to bring the town of Deadwood to this point. But Milch still clearly harbors heaps of affection for these characters and the performers who bring them to life, and more often than not, is just as content to show how far they’ve come. 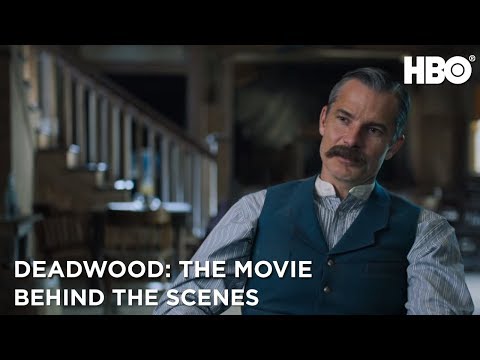 You Got More Punishment in Store: Deadwood: The Movie does a stellar job of marking how much has changed since the audience’s last sojourn through camp, while also credibly picking up where the series left off. There’s enough standalone meat on the bone here to keep someone new to the franchise interested, and a handful of semi-clunky flashbacks and refreshers are there to bring you up to speed if you haven’t watched the original series in years. But this film will ultimately have the biggest impact on the viewers who’ve been waiting 13 years to see Deadwood tie up its loose ends after the show’s abrupt cancellation.

Without straining to reconjure the past, the movie deftly revives and revisits the internal conflict within Bullock, between his devotion to his sense of what’s right and just, and his commitment to the different, better kind of life he’s found in the untamed Midwest. It renews George Hearst’s odious, murder-hungry need for superiority, as his bitterness is reborn in fresh curses and fresh blood. It revisits the fear and love and wistfulness that defined Calamity Jane as the show’s most complicated character, while rounding out her arc. It sees Trixie (Paula Malcolmson) once again caught between her humble beginnings and the new life she may be able to scratch out for herself. And it lets Al Swearengen stand at the border of the promised land, wondering if he’ll be allowed safe passage

Each of these are threads Deadwood began to weave years ago, threads raised again and finally tied off in this late hour. Those closed knots are heartening, melancholic, and gratifying in equal measure, befitting of a show so torn between the hope of a better tomorrow and the muck of the thoroughfare. 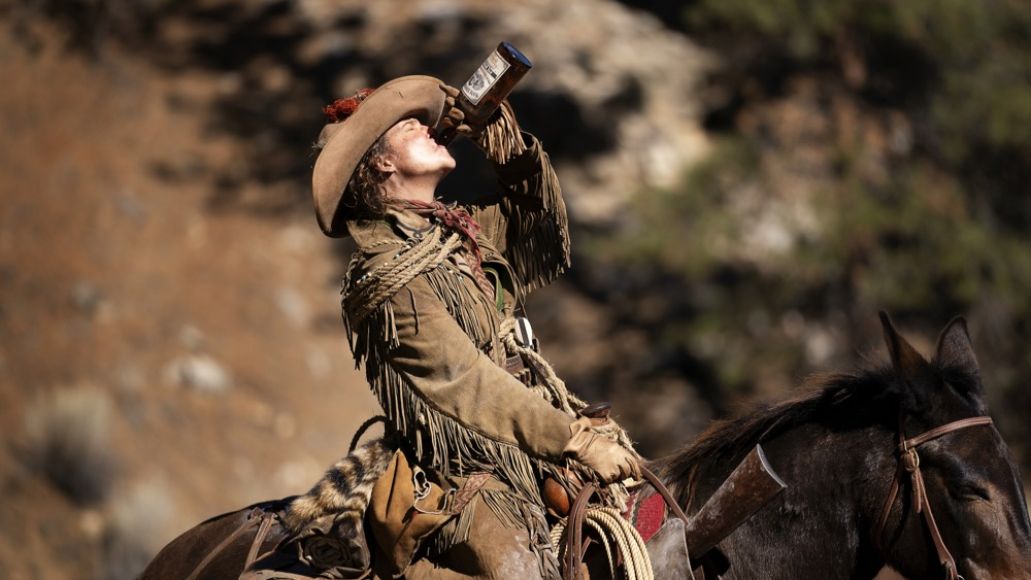 The Verdict: Rejoice, hoopleheads! Some of the show’s familiar faces are harder to recognize, and some of the old rhythms take a bit of time to reassert themselves, but rest assured — this is still Deadwood, with all the curses, combat, and complexity fans came to expect from the series over the course of its original three-season run. There’s a power to returning to this camp after so many years, for the audience, the characters, and the creatives behind the scenes alike. Milch and company harness every ounce of that to put a final stamp on what Deadwood had and has to say about civilizations, communities, and the people who sustain both.

The movie comes with a certain air of circularity to it, projecting these characters into what’s yet to come while taking pains to remember where they started. It offers a story of courage and restraint, of longstanding debts made whole, of the aged dying and of new life, literal and spiritual, finding its way. Old scores are settled, long-hoped-for bits of solace and happiness are rekindled, and the distance between the past and the future is marked in heart-heavy losses and unimaginable gains.

And yet Deadwood: The Movie is, ultimately, a warm and satisfying homecoming. There is still pain and damage in it — the world hasn’t ended yet, after all — but the film nevertheless manages to be a loving, worthwhile final chapter that finishes what the original series started. It reminds us one last time that, for so many who set off in the hopes of remaking and bettering themselves, who aimed to scratch out a place which could make that possible, the day ain’t fucking over. 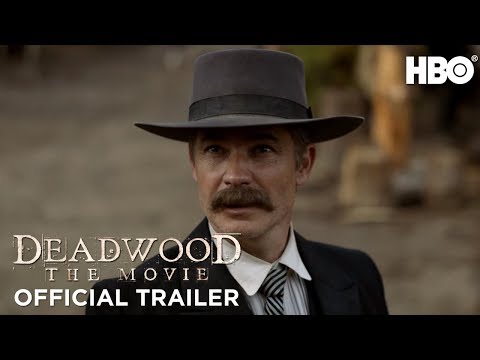