The Pitch: Julie (Honor Swinton Byrne) knows precisely the film she wants to make, even if she hasn’t completely worked out how to articulate her vision to others quite yet. When she begins to elaborate on her student film project, a feature about a young boy coming of age in the working-class environment of Sunderland, she stammers through conversations about plot and purpose with the enthusiasm and insight of a idealistic filmmaker-to-be. That the well-off Julie has little direct connection to middle-class struggle is a tertiary concern, for all of her colleagues’ worries; her warm, quiet empathy gives off the impression that nobody else could tell this story with such consideration.

But when Julie meets Anthony (Tom Burke), a suave federal official of some sort who’s flush with the cash of a government slush account and the debonair confidence of a would-be Bond villain, they come together so quickly and passionately that their courtship seems to untether itself from time. Her curiosity about and desire for the posh, hyper-composed Anthony are such that when he quickly settles into asking her for ten-pound notes, she barely bats an eye. When he starts to do it often enough that she has to ask her well-off mother Rosalind (Tilda Swinton) for more money, well, it’s just how things are now. A consummate seducer like Anthony knows exactly where to push and where to retreat; Julie is to follow his every whim and ignore his petty negging, while he owes her no real answers about his work, or the growing number of track marks on his arms.

The Souvenir is a film about making films, but what writer/director Joanna Hogg accomplishes here is something far sharper and more insightful than many movies of the sort. This is a film about the emotional experiences that shape a filmmaker in their early years, the ways in which love can at once bolster and decimate an artist’s craft, and the emotional labor inherent in caring for somebody who exploits that care in return. It’s at once universal and bracingly specific.

Of Time and the City: That specificity largely emerges from Hogg’s resplendent filmmaking; the established television and film director imbues The Souvenir with the kind of cultural, aural, visual, and tonal assurance of an artist pushing boundaries in the service of capturing something highly personal. From the framing of early-’80s England as a patchwork of industrial despair and post-punk euphoria (the way a college student of the time might recall it), to the brutal and near-imperceptible slights of a long-term relationship in freefall, The Souvenir is every bit as carefully authored by Hogg as Julie’s film is by her; they’re one in the same, even if the plot of Hogg’s film has the benefit of hindsight on its side.

The most striking aspect of the film’s keen observational craft is the way in which Hogg expands and collapses time as the film unfolds. In concert with editor Helle le Fevre, Hogg establishes a distinctive temporal rhythm that follows the film through its conspicuously disconnected episodes. Before we’ve grown accustomed to Anthony at all, he’s a fixture in Julie’s home. Her film is in production, but there are lengthy stretches in which The Souvenir moves away from it entirely. There’s a start-to-finish chronology, but in its elliptical storytelling, the film articulates devastating truths about the heady rush of a lifetime connection with somebody. Reality itself recedes, those involved surrendering to the bliss of new discovery, until the wave inevitably comes crashing into the shore again.

The Artist in Portrait: For Byrne, who has only one other credit as a performer (she appeared in a small role in I Am Love, as a child), The Souvenir is a bold announcement of her talents. As Julie, she’s naive but not entirely gullible, perceptive without passing judgment, and a substantially intelligent young woman confronting the boundaries of her known world, one which seems to keep getting smaller by the day. Hogg regularly tasks her onscreen proxy with putting across key character notes in otherwise banal moments: a lingering look in response to a tossed-off comment at a dinner party, an inner progression conveyed through watching Julie edit her own film.

The Souvenir invites viewers into Hogg’s personal experience, even as it deliberately curates and shifts their perceptions of it from scene to scene. In this way, Byrne’s performance builds to an aching, sustained note of panicked confusion; even as she grows a bit more into herself with each passing day, whether because or in spite of Anthony, she’s challenged by the nagging sensation that there’s something she still isn’t quite finding. Through Hogg, you know that she’ll eventually get there; what she gains and loses between those points is what interests the film most. And it’s Byrne’s total vulnerability as an actor, her willingness to betray occasional fits of trembling fear between the artistry and composure driving Julie forward, that makes the film resonate in this way.

The Verdict: In Hogg’s hands, her own story is reshaped in distinguished and elegant ways, ones which challenge how stories of young artists are told, and who’s centered in them. In another film, Julie would be the immovable force of stability pushing back against Anthony’s woebegone protagonist; in this one, he’s at once a painful memory re-explored and an ancillary player in Julie’s own life. (Burke is outstanding in his own right, ramping up the character’s smug narcissism until Anthony can’t muster the act any longer.) This is an act of self-examination, rendered artfully.

The Souvenir‘s power is deceptive, in a way; it’s only at the film’s end, at the moment of its bracing final image, that its ideas and genre subversions come fully into focus. Julie continued to grow, and to create, long after the film’s events came and went. Through Hogg, we know this. But what The Souvenir finds, in its singular way, is that an artist never simply sheds the weight of a tumultuous episode in their life. Whether directly or subconsciously, it reverberates forever, omnipresent even as it grows dimmer by the year. Where’s It Playing? Select theaters on May 17th. 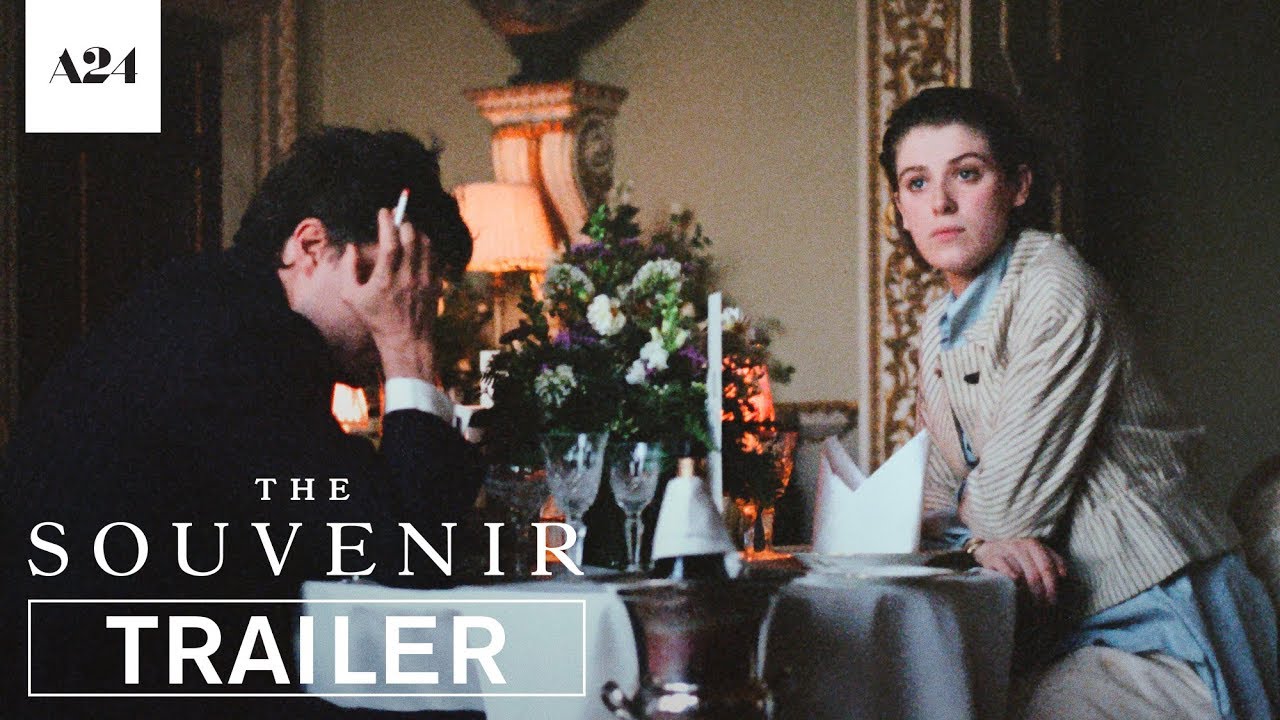 Film Review: The Souvenir Is a Layered, Affecting Portrait of the Young Artist