Post-hardcore veterans Hot Water Music will release a new EP titled Shake Up the Shadows via Epitaph Records on May 24th, and they’ve unveiled the single “Rebellion Story” (listen below).

For the new EP, singer-guitarist Chuck Ragan brought some of the vibe of his more folk-leaning solo career, stating, “I’ve never stopped singing or performing and along with that comes learning just how far I can push things.”

As far as the lyrical themes, Ragan added, “I think we’re living in a really volatile and terrifying time where people are turning a blind eye to the hatred that’s happening in this world and thinking of themselves rather than the big picture. I think that sentiment is present in these new songs the way it has always kind of been there in our music.”

The Gainesville, Florida, band — rounded out by singer-guitarist Chris Wollard, bassist Jason Black, and drummer George Rebelo — formed roughly 25 years ago, having released eight full-length albums along the way. To celebrate the milestone, Hot Water Music have scheduled a run of 25th anniversary shows at a handful of US cities, extending into 2020. See the itinerary below, and pick up tickets here.

Take a listen to “Rebellion Story” below, and pre-order the Shake Up the Shadows EP at this location. It follows the release of the band’s 2017 album, Light it Up.

Shake Up the Shadows Artwork: 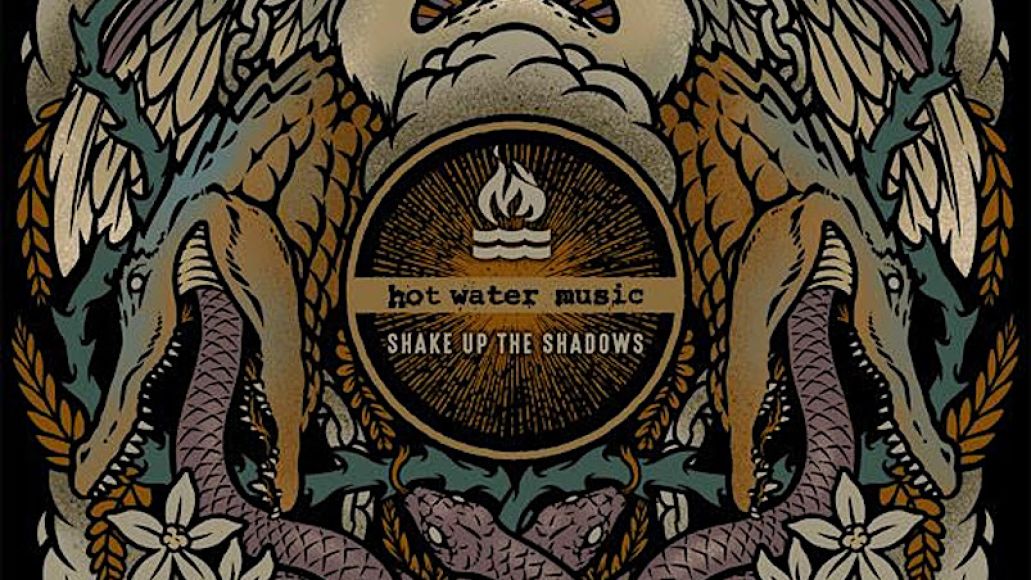