L7 founder Donita Sparks dropped into the WFPK studio to talk with Kyle Meredith about the band’s first album in 20 years, Scatter the Rats, particularly how the album balances big issues with humor. They also discuss the documentary that made their reunion a reality, how the band helped start Rock 4 Choice in the early ’90s and its current fight today, signing to Blackheart Records, and, of course, their history with Joan Jett.

Then, the two dial the clock back to ’99 to get the story behind Slap-Happy, the band’s final record before breaking up. Then, it’s back to 1994 to celebrate the 25th anniversary of Hungry For Stink, which featured a song that would be covered by The Prodigy on their Fat of the Land album, financially saving the band and leading to a moment where she gave a bouquet of flowers to the late Keith Flint and David Bowie. 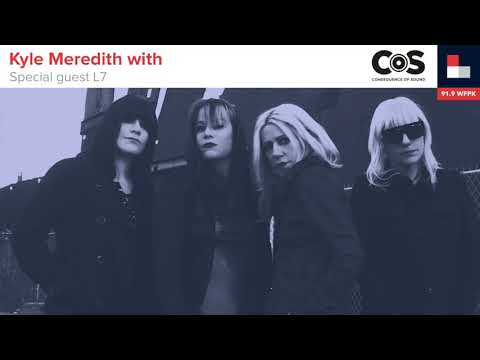 L7 on Launching Rock 4 Choice, Signing with Joan Jett, and Being Saved by The Prodigy