Governors Ball will once again extend deep into the night thanks to the festival’s After Dark shows. On Friday, May 31st, the talented Noname will take the stage at the Brooklyn Bowl for an intimate 21+ performance, proudly presented by Consequence of Sound. Get your tickets here.

The Los Angeles-by-way-of-Chicago hip-hop maestro is just months removed from her stellar sophomore LP, Room 25, but already she has begun teasing its follow-up. Just yesterday, she revealed that her next album would be titled Factory Baby. She recently released a pair of one-off singles, including “Song 31” and “Song 32”, so it’d be reasonable to assume her upcoming gig at Brooklyn Bowl will feature some of her new sounds.

Governors Ball goes down May 31st – June 2nd at Randall’s Island Park in New York City, and promises a lineup featuring The Strokes, Florence and the Machine, SZA, Kacey Musgraves, Tyler the Creator, Lil Wayne, BROCKHAMPTON, The 1975, and, of course, Noname. General admission and VIP passes to the festival are still available.

Stay tuned for our Governors Ball giveaway for a chance to win VIP tickets to the festival. 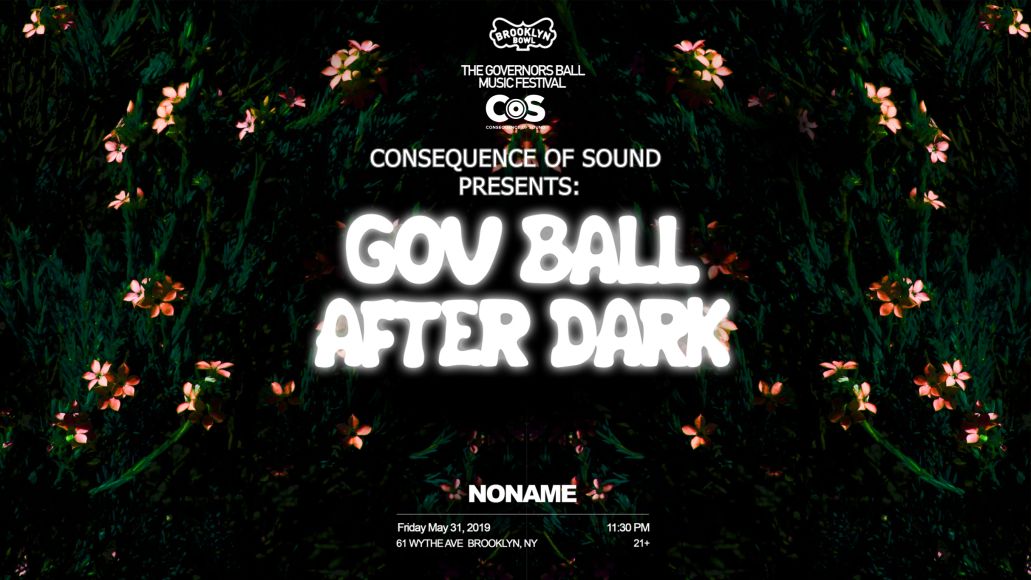