You know the drill: another Star Wars movie, another preview.

Like 2015’s The Force Awakens and 2017’s The Last Jedi before it, The Rise of Skywalker has been given the cover story treatment by Vanity Fair, complete with first-look photos by Annie Leibowitz and a smuggler’s bounty of info ahead of the sequel’s December 19th release.

Of course, with this being the final chapter in the Skywalker saga, Lucasfilm and director J.J. Abrams are naturally more tight-lipped than ever. However, they’ve let loose a number of exciting details, especially a few key casting connections that have kept fans in the darkness for nearly a year.

For starters, we finally know that Keri Russell will be playing the masked Zorri Bliss. Details surrounding Bliss remain scarce, though her rogue character is pictured below in the Thieves’ Quarter of the snow-dusted world Kijimi, which we likely got a glimpse of in the teaser trailer.

(Ranking: Every Star Wars Movie and TV Series From Worst to Best)

On a similar note, we also know that recent Academy Award nominee Richard E. Grant will be playing Allegiant General Pryde, and you can see him seated next to General Hux (Domhnall Gleeson) aboard Kylo Ren’s (Adam Driver) destroyer. Here’s hoping Grant gives Gleeson some venom.

A few other highlights included confirmation that the Knights of Ren will make an appearance (in fact, that’s Kylo mowing ’em down in the trailer), that the story will take place a year after The Last Jedi, Billie Lourd will share a scene with her late mother Carrie Fisher, and that the ever long conflict between the Jedi and Sith will reportedly come to an end.

(Read: IX Takeaways from the Star Wars: The Rise of Skywalker Teaser Trailer)

Abrams also digressed on how he felt he had more creative freedom this time around. “Working on nine, I found myself approaching it slightly differently,” he said, adding: “It felt slightly more renegade; it felt slightly more like, you know, Fuck it, I’m going to do the thing that feels right because it does, not because it adheres to something.”

The hype is strong with this one. Below, take a look at the handful of photos — you’ll likely save a few for your desktop, especially that stormy battle between Kylo and Rey — and revisit the teaser trailer shortly after. 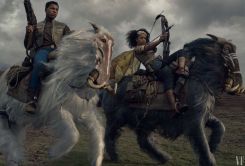 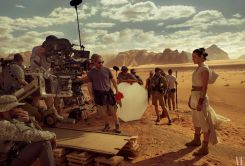 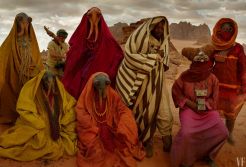 Aki-Aki, natives of the planet Pasaana, in Star Wars: The Rise of Skywalker (Lucasfilm), photo by Annie Leibovitz 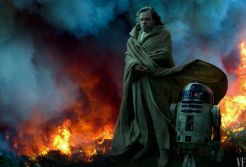 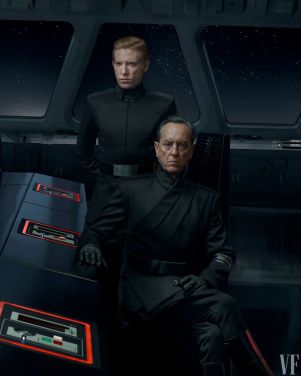 Knights of Ren in Star Wars: The Rise of Skywalker (Lucasfilm), photo by Annie Leibovitz 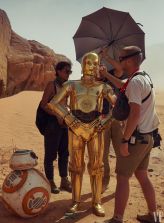 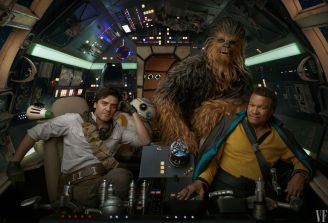