The National are just weeks away from the unveiling of their new album, I Am Easy to Find. Fans have already heard two teasers of the Sleep Well Beast follow-up, “You Had Your Soul with You” and “Light Years”. A third offering in “Hairpin Turns” has been unboxed today.

The new song is accompanied by a music video helmed by Mike Mills, the director of The National’s corresponding I Am Easy to Find film. Set against a stark white backdrop, the minimalist clip sees the indie rockers play their instruments as dancers perform around them.

In a statement, Mills explained his vision for the video:

“The video is a very simple portrait of the band (and the friends who helped make the song) and the song itself: You see all the instruments that make up the song in isolation, even hear them recorded live on set over the album version, kind of like showing you the tracks that make up the song. And you see everyone who contributed alone, including Gail Ann Dorsey, Pauline Delasser (a.k.a. Mina Tindle) and Kate Stables — but your mind puts them together.”

Watch it down below.

Along with “Hairpin Turns”, The National have announced dates and locations for the screenings of their I Am Easy to Find film. The run takes place next month to coincide with the May 17th release of the album.

“The former is not the video for the latter; the latter is not the soundtrack to the former,” a press statement previously said of the connection between the LP and film. “The two projects are, as Mills calls them, ‘Playfully hostile siblings that love to steal from each other’—they share music and words and DNA and impulses and a vision about what it means to be human in 2019, but don’t necessarily need one another.” 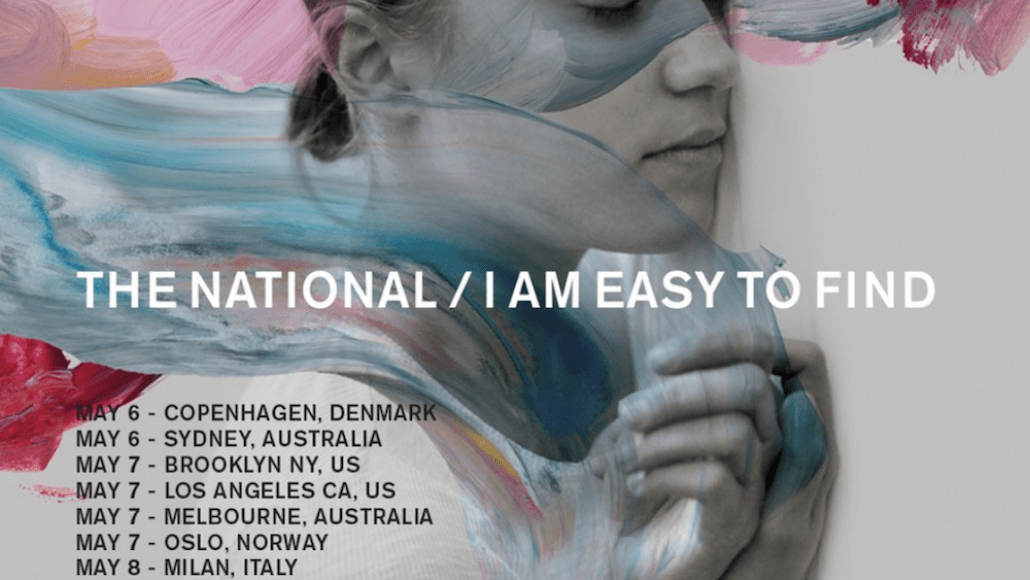 The National are also scheduled to bring their new album on the road on a summer tour featuring support coming from Courtney Barnett and Alvvays. You can get tickets to all of The National’s concerts here.