Earlier in the week, The Who kicked off their “Movin’ On Tour” in New York City. During the performance, Roger Daltrey made it very clear he did not appreciate fans toking in his presence, cursing out pot-smoking fans mid-performance who “fucked [his] night.” Perhaps, then, Daltrey found a respite from his degenerate fans on The Tonight Show Starring Jimmy Fallon, where he and Pete Townshend offered up a wholesome rendition of “Won’t Get Fooled Again” on children’s instruments.

During their visit to 30 Rock, the legendary rock duo teamed with host Jimmy Fallon and house band The Roots for one of the show’s ever-delightful classroom instrument segments. For the clip, Daltrey seems in high spirits, leading the vocals on the 1971 Who’s Next track, while happily clapping along on tambourine. Townshend, for his part, seems to take his role as lead ukulele player much more seriously, only occasionally letting out a smile.

Watch the video below.

(Read: The Who’s Setlist by the Numbers: What to Expect from the “Movin’ On Tour”) 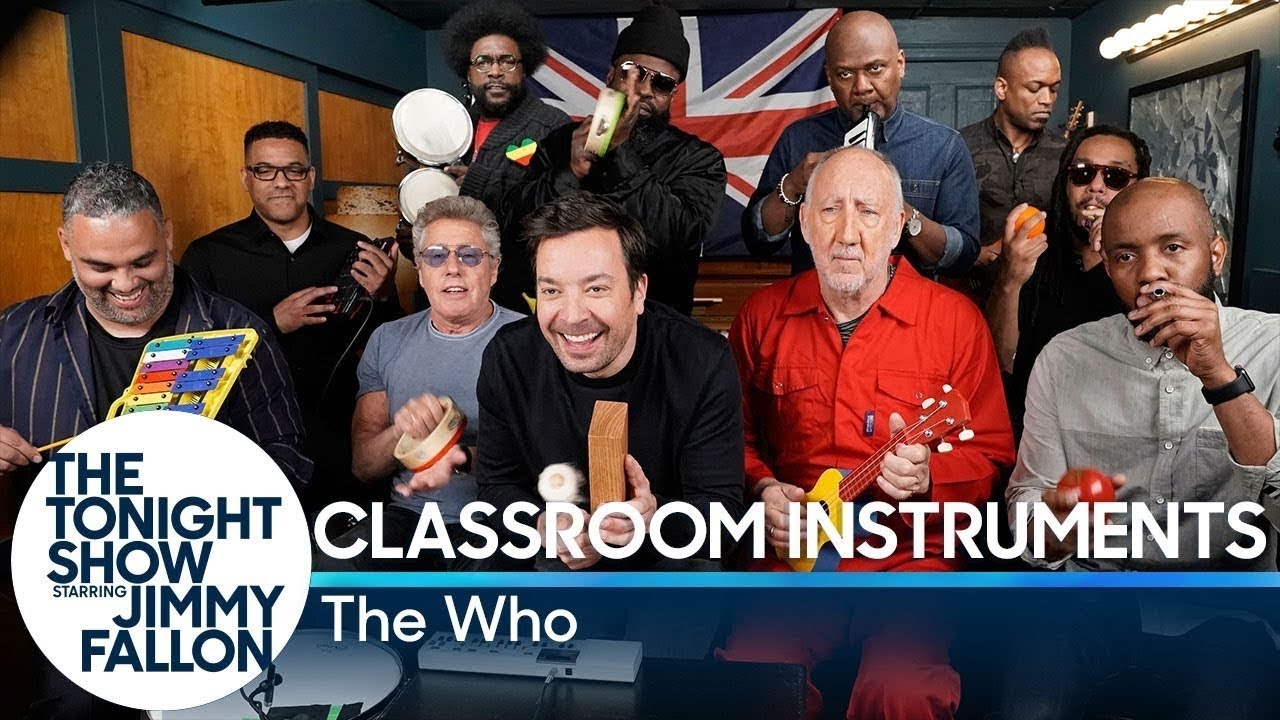 The Who, The Roots, and Jimmy Fallon play classic tune on kids' toys: Watch