The new film Extremely Wicked, Shockingly Evil and Vile premieres on Netflix and in select theaters this Friday (May 3rd), and actor Zac Efron, who stars as serial killer Ted Bundy, has nothing but praise for Metallica frontman James Hetfield’s role in the film.

Hetfield plays Officer Bob Hayward, the highway patrolman who arrested Bundy in 1975. While it may be his first dramatic acting role, Hetfield had previous experience working with the film’s director, Joe Berlinger, who co-directed the infamous Metallica documentary Some Kind of Monster.

Last night on Jimmy Kimmel Live!, Efron was asked by the late-night host about working with the Metallica legend, and the actor immediately applauded at hearing Kimmel utter Hetfield’s name. “He comes on the set, and it’s one of the more pivotal moments,” began Efron. “It’s the moment that Ted actually got caught for the first time — he ran a stop sign. And James Hetfield plays the policeman that picks him up.”

Efron continued, “And James Hetfield, to his credit, absolutely nailed the part. He just crushed it. It’s like he’s been acting his whole life. He had no fear. He did a great job. I was ready to maybe give James Hetfield [an acting] tip, but he didn’t ask for a single one. James Hetfield is the sh*t!”

Kimmel then quipped, “Of all the stories about Ted Bundy, I never knew he was arrested by Metallica. I had no idea.” To which Efron responded, “Even though I was acting … when I got pulled over by James Hetfield, it was kinda like a dream come true. [For] a lot of dudes, it would be their dream come true.” Watch the full exchange below.

When he’s not crushing film roles, Hetfield is busy touring with the biggest metal band on the planet. Metallica closed out the North American leg of their “WorldWired Tour” in March (read our review of the final US show), but kick off a European leg tonight (May 1st) with supporting act Ghost in Lisbon, Portugal. In October, they’ll embark on a tour of Australia and New Zealand with Slipknot, preceded by a pair of “S&M2” performances with the San Francisco Symphony in September. Tickets for Metallica’s upcoming shows are available here. 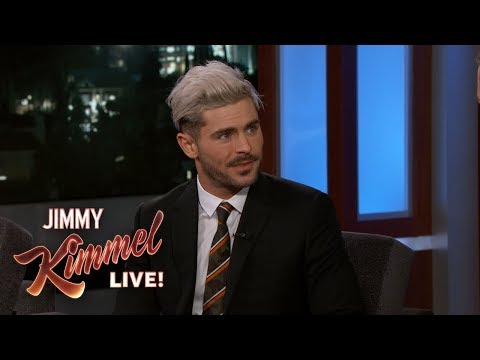