Daptone Records has shared a new single called “Hey Brother (Do Unto Others)”, and it’s quite the landmark release. Not only does it mark the label’s 100th 45 rpm record, but it features dang near every big name the label has ever worked with — and that includes the late Sharon Jones and Charles Bradley.

Joining Jones and Bradley on “Hey Brother (Do Unto Others)” are the former’s famed backing band The Dap-Kings, the latter’s frequent collaborators Menahan Street Band, Lee Fields, Saun & Starr, James Hunter, Naomi Shelton, Duke Amayo, and The Frightnrs, who originally wrote and released the song for their 2016 record Nothing More to Say. After The Frightnrs singer Dan Klein passed away to ALS, Daptone “felt it would be a fitting tribute to re-imagine the tune as a soulful collaboration between the dynamic vocalists on the label.” It unknowingly turned into a tribute for not just Klein, but also Charles Bradley, Sharon Jones, and Cliff Driver.

(Read: What’s Next for Daptone Records)

“Hey Brother (Do Unto Others)” is an uptempo soul number that’s as driven by its rhythmic background as it is by its soul singers. Both Charles Bradley and Sharon Jones get prominent features on the song, bouncing back and forth with their parts. Behind them, some bongos, whammy bar strumming, and gentle electric guitar soloing bring additional heart into the song. Listen to it below. 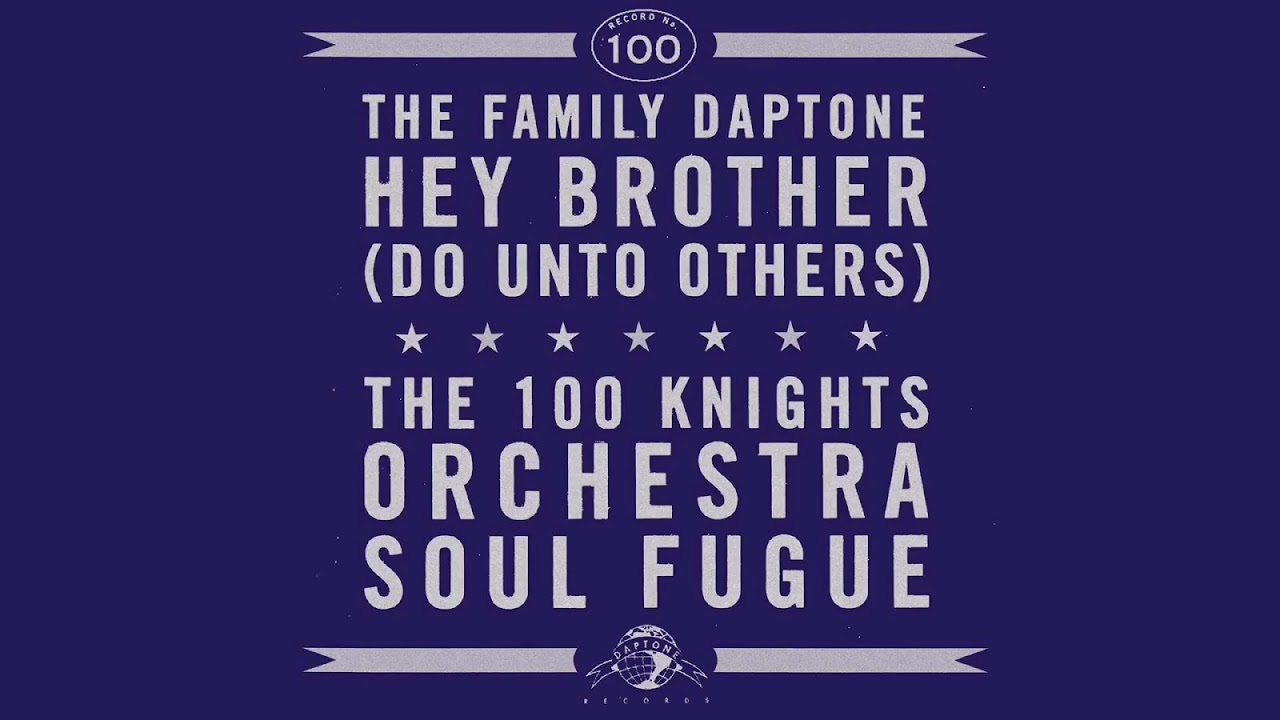 Due out June 28th, the B-side of the 45 is “Soul Fugue” by The 100 Knights Orchestra, a massive ensemble comprised of every horn player the label has ever worked with. Pre-orders are available now only at Daptone’s web store.

“Everybody seemed to really love the idea of being together on a record like that,” Daptone co-founder Gabriel Roth told Billboard. “Every one of those singers that I asked, after I explained what we were trying to do, they really jumped through hoops to try to make it happen.”

This song arrives just months after two posthumous new Charles Bradley songs — “Lonely as You Are” and “Lucifer” — surfaced, though not through Dap Tone. He recorded the songs in 2016 shortly after being diagnosed with stomach cancer. He died the following summer.

Sharon Jones passed away several months before him, losing her battle with pancreatic cancer. Last year, Daptone released her moving posthumous album Soul of a Woman.