It’s a redemption story like none other: 15 years after Dave Matthews Band’s tour bus famously dumped its excrements into the Chicago River, DMB has been designated as a “Goodwill Ambassador” by the United Nations Environment Programme.

The band has been lauded for its BamaGreen Project, an initiative launched in 2004 after a tour bus belonging to DMB deposited 800 lbs. of raw sewage off Kinzie Street bridge and into the Chicago River. Sadly, an architectural tour boat was passing underneath the bridge at that very moment.

Ever since then, DMB and its nonprofit partner REVERB have been working together on environmental efforts on on the road, in the studio, and at home. Specifically, the band has eliminated over 120,000,000 pounds of CO2 and almost half a million single-use plastic bottles over the course of 15 years and 578 concerts; fueled their trucks and buses using biodiesel; sourced local farm food for catering; and composted 138,000 pounds of food waste.

“It’s desperate times, and we all need to work together to have hope for the future, hope for our children, and hope for the planet,” Dave Matthews said in remarks at the UN Environment Goodwill Ambassadorship ceremony.

Revisit our documentary on that harrowing August day in Chicago: 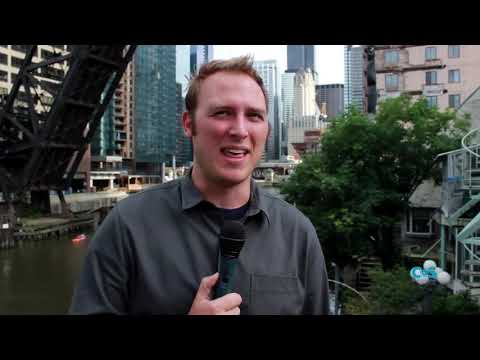