The Pitch: From childhood, there was always a connection between Sasha (Ali Wong) and Marcus (Randall Park). They were next-door neighbors, best friends, and the kind of pairing who simply just clicked from day one. Because of life, and because of the kind of conversation most people spend years wishing they could take back after it happens, they ended up falling out of touch.

Sixteen years later, Sasha is a superstar chef with a hit Los Angeles restaurant and another on the way in San Francisco. When her equally famous partner Brandon (Daniel Dae Kim) decides that he’d like to try out a trial separation before getting married, she returns home alone to the Bay Area for the opening, only to reconnect with Marcus, who’s now making a living installing heating systems with his father Harry (James Saito). Where Sasha has grown into a driven, decisive woman, Marcus is still playing in the same struggling band and dealing with the same anxieties he was as a teenager. But from the moment they reconnect, it’s clear that what once existed between them is still there, even after all this time. The question is whether either can let go of the things that ruined it all the first time around.

The Road Left Unraveled: In the vein of so many of Netflix’s recent romantic comedies, Always Be My Maybe situates itself in the position of shaking up a genre that’s at once been unfairly maligned for years, and earned a fair deal of that scorn because of the ugly cliches that lesser entries in the canon helped to perpetuate. Now a new generation of filmmakers are tackling the genre, and attempting to preserve its best, most aspirational instincts while modernizing it in the right ways.

Always Be My Maybe comes from an especially familiar mold (there’s more than a bit of When Harry Met Sally‘s influence to be found throughout), but director Nahnatchka Khan and her cast meet the challenge of shaking up the lapsed-lovers formula while managing to honor the individuality of both protagonists, challenging each of them to change without robbing them of their passions or senses of self. It’s tough for a lighthearted comedy to achieve this sort of nuance, but in its best sequences Maybe demonstrates an uncommon level of care for Sasha and Marcus and their futures.

Much of that empathy comes from Wong and Park, who in addition to co-writing the screenplay with Michael Golamco, are the driving force and heart behind the film. Their chemistry is undeniable from their first moments together onscreen as awkward, aged-down teenagers, and in a deft bit of storytelling, Maybe never forgets why they stopped being friends, even as it pushes them toward an inevitable reconnection. Growing up doesn’t mean that you change out of hand, and Maybe understands well that the best relationships are also the ones that hurt the most when they don’t work out. That pensive undercurrent of emotion nicely tucks into the seemingly effortless rapport between its leads.

Real Human Beings: Across the board, Always Be My Maybe consistently overcomes its occasional storytelling deficiencies with its engaged performances. While there are some terrific one-liners to be found throughout, and the exchanges between Sasha and Marcus have an especially appealing and lived-in cadence, Maybe stumbles when it comes time to introduce the conflicts keeping them apart. The film generally seems less interested by far in the necessary “keep them apart” machinations of its plot than in their connection, and suffers ever so slightly for it, whether in Sasha’s estranged relationship with her own parents or in Marcus’ relationship with a faux-woke artist who the film unfortunately treats like a running punchline about obnoxious millennials and little more.

The breezy, distinctly Hollywood humanity of Maybe is its most appealing aspect, and the one that sustains it even through its less engaging moments. Aside from Keanu Reeves, hilariously playing himself as an insufferable caricature of an L.A. hipster, the film invests in plausible people, ones who become all the more endearing for their incidental quirks. Saito plays Harry as a man who’s been through enough to simply accept his son as he is, flailing ambitions and all. Wong mines bits of her biting stand-up presence throughout while situating Sasha as a woman who doesn’t need anything else in life, but still wants and deserves more. And Park offers a fresh spin on the stoned layabout male protagonist popularized by so many aughts comedies; Marcus is doing fine, but he could still be more with the right push.

The Verdict: While the charm of Always Be My Maybe can and should be attributed to its performers, there’s a real sweetness in its reframing of the romantic comedy as the struggle of two people who already have fulfilling lives, attempting to add to them by rediscovering lost pieces of themselves in each other. There’s a welcome lack of the endgame desperation that sometimes plagues the genre; this feels all the more like a fulfilling love story because it doesn’t feel exactly like any others. That goes all the way from the cast, which centers Asian-American performers at all steps in a way the genre hasn’t until far too recently, to its thoughtful perspective on how change isn’t always the same as surrender. Always Be My Maybe is a perfectly light concoction for the start of summer, the kind of easy studio comedy that Netflix has had to sustain in the franchise era. But it’s also a little bit more, and sometimes that goes a long way.

Where’s It Playing? Always Be My Maybe is available now on Netflix. 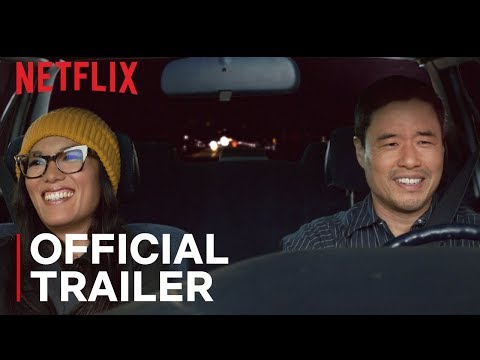 Film Review: Always Be My Maybe Turns a Missed Connection Into a Potent Rom-Com