21st Century Physical Breakdown: Things didn’t look too hot for The Rolling Stones earlier this year. Back in April, the rockers were forced to postpone their tour only days ahead of its original kickoff so that frontman Mick Jagger could undergo heart valve replacement surgery. There admittedly concerns by fans — especially since that procedure sounds more for RoboCop than any human being — but Jagger prevailed.

But really, was there any doubt? If anything, he joined the ranks of his colleagues. After all, drummer Charlie Watts conquered throat cancer. Guitarist Keith Richards staved off a major head injury in Fiji. And Ronnie Wood sacrificed a lung to also kick cancer’s ass. This is a band that’s seemingly always been surrounded by death — see: the tragic loss of Brian Jones — but have since managed to thwart it.

So, it was really no surprise to see the 75-year-old singer back in action at Chicago’s Soldier Field on Friday night. As expected, the Stones returned as they’re wont to do: looking bigger, sounding louder, and with all the swagger in the universe. For over two hours, Jagger proved he’s just as unstoppable as his bandmates. He shimmied. He shaked. He cracked jokes. It’s like nothing ever happened.

That’s why “Sad Sad Sad” was such a hard sell. Guy’s happier than ever. 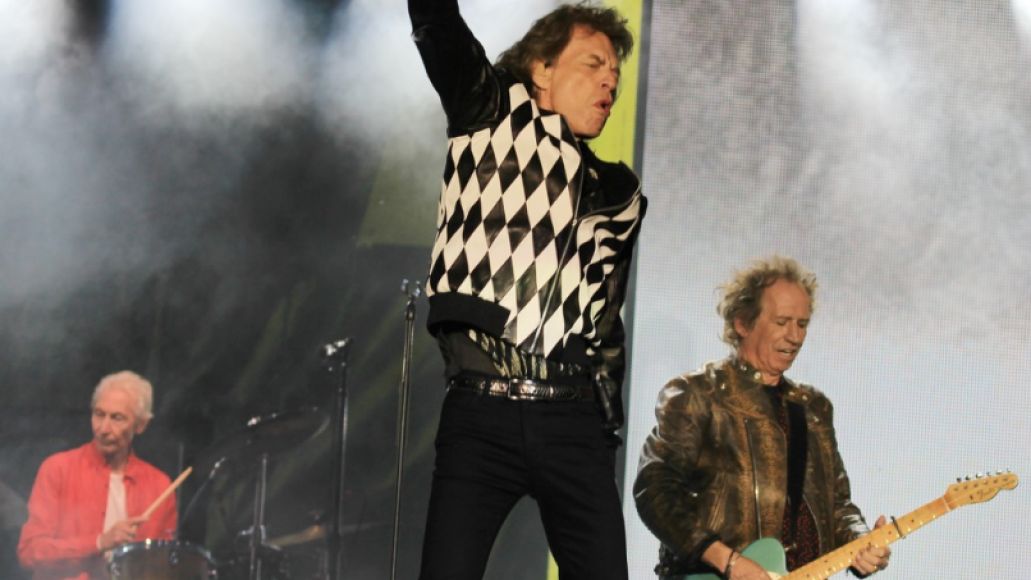 Out of Control: Look, it’s the tour opener, so a little reprieve is warranted (especially given the aforementioned context), but damn they were rusty. Right out the gate, you could tell they needed to flex their muscles some. “Street Fighting Man” pulled its punches, Watts struggled to keep up on “Let’s Spend the Night Together”, and “Tumbling Dice” rolled snake eyes during a couple key moments.

They were sluggish. “You Can’t Always Get What You Want” sounded like a fried VHS copy of The Big Chill, while “Paint It, Black” felt like someone was playing Guitar Hero on Easy Mode. There just wasn’t much chutzpah to these hits. Of course, it didn’t help that the mixing was all over the place. During “Sympathy for the Devil”, Jagger more or less sat backseat to Wood and Richards, whose riffs drowned everything. 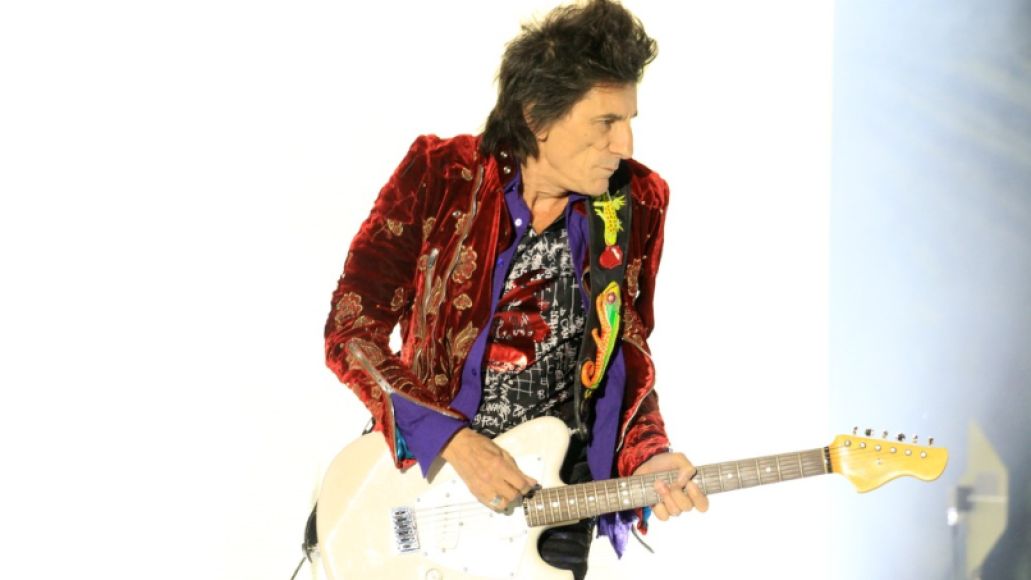 Time Is On My Side: Some of that rust added a little character, though. A little over a quarter of the way in, the fearsome four walked down the plank to the middle of the crowd. Their loose and jangly demeanor shined as they pared things down to the essentials. “How ya doing at the 50-yard line? We thought we’d have cozy, little moment,” Jagger suggested. “Angie” and “Dead Flowers” were flawless in its humanity.

(Grab Tickets and See the Stones Yourself!)

Even beyond those little nuances, the Stones eventually began to wake up. “Honky Tonk Woman” elicited the first genuine singalong from the crowd and “Miss You” later brought out the best in Wood and Richards. But it was their extended, nearly 20-minute jam on “Midnight Rambler” where they truly found the WD-40. Jagger was like a teenager again, parading about the stage and getting lost in the harmonica.

From there, the rest of the show felt like a complete reboot, which is kind of hilarious given that they segued right into “Start Me Up”. It was life imitating art, if you will, and their energy in that final five-song run was lightning to the thunder beforehand. It was a Rocky montage, only from one of the later movies, when Stallone really sells the fact that it ain’t over ’til it’s over. You really didn’t want to see the credits roll. 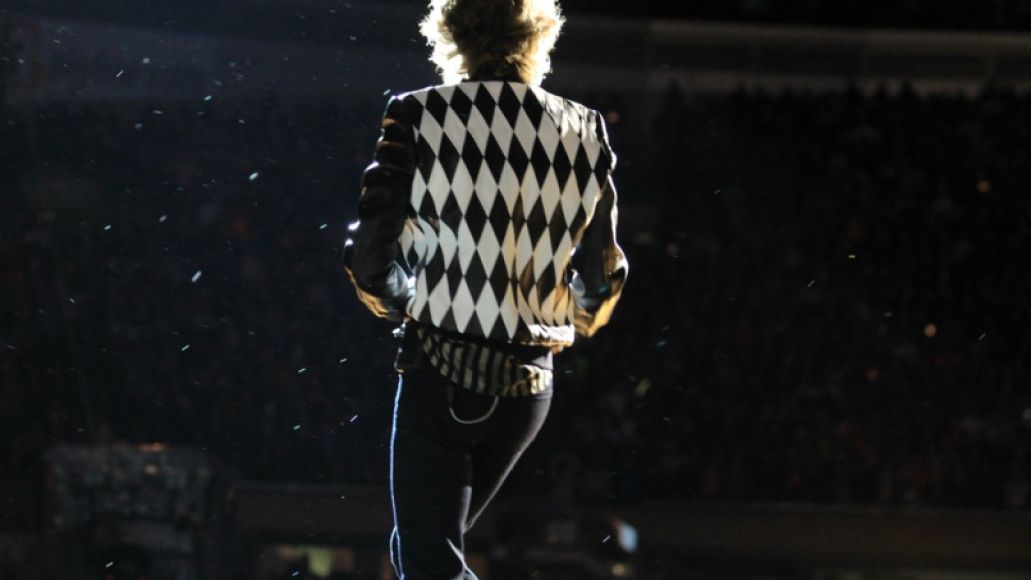 Exile on Michigan Ave: Whereas so many classic rock acts regurgitate the same shit every night — seriously, don’t ever do two nights in a row with Macca — you could tell Jagger actually spoke from the heart. All throughout the night, he spoke highly of the Windy City, but he peaked when he joked, “This is our 38th show in Chicago, and I still haven’t eaten an Italian Beef. Wash it down with a Malört. Should I have it dry or wet?”

Later he added, “We came to Chicago in 1964, and we’ve loved it ever since.” No shit. Let’s not forget, the band started out literally playing Chicago blues. They recorded at Chess Records. They were longtime pals of Chicago blues godfather Muddy Waters. Hell, their longtime bassist Darryl Jones is from the south side of the city. Rest assured, their love is strong for Chitown, and that was felt all night long. 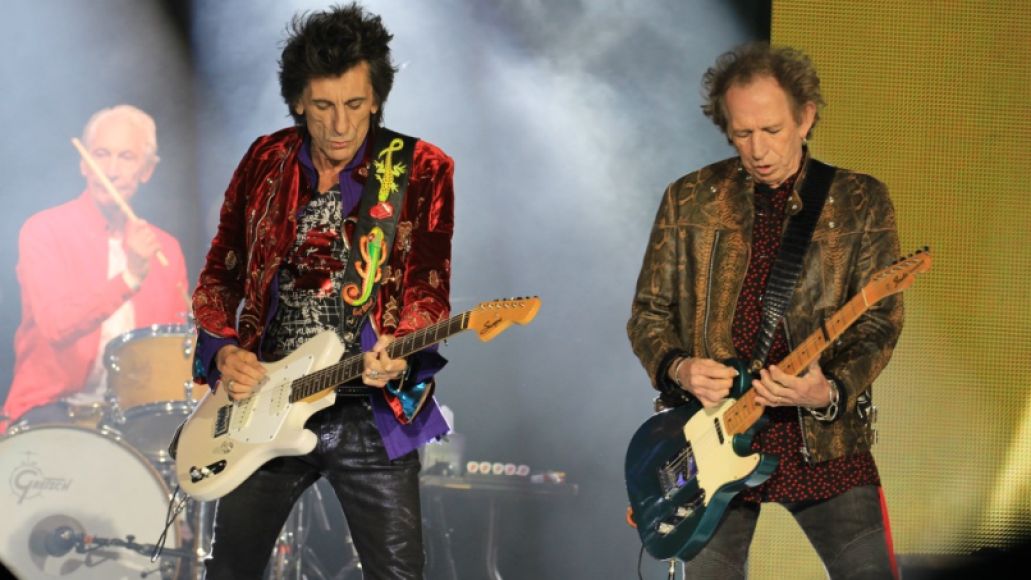 Hate to See You Go: C’mon, it’s the fucking Rolling Stones. What more can we really say at this point? It’s like finding faults with Michael Jordan. Sure, we all laugh at that crying meme whenever it pops up, but nobody would ever dispute the man’s legacy. The same goes for the Stones, and like Jordan, you kind of just have to sit back and say, “Shit, well, that’s them, alright.” Lazy criticism? Okay, I’ll bite.

If this writer’s being totally honest, the stage show just doesn’t do it anymore. The tour’s dubbed “No Filter”, but it’s more or less the same song and dance they’ve been doing for the last four decades. If they really wanted to stay true to that name, they could have followed Madonna’s lead and booked a residency at, say, the Chicago Theatre or the Aragon. After all, their last great show was 2008’s Shine a Light. 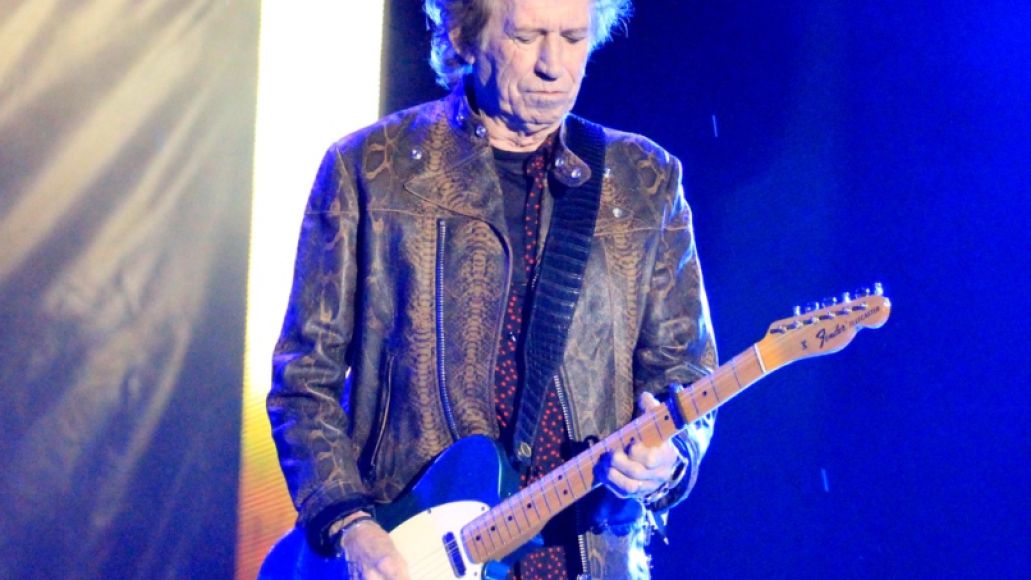 Don’t remember it? Basically, Martin Scorsese followed the band around during their 2006 Beacon Theatre performances amidst their A Bigger Bang Tour. It was shot in black and white. It was intimate. Bill Clinton popped up somewhere in there. So did Jack White. Stars aside, though, it captured the band at their fiercest, and that’s kind of what these guys deserve on their final lap.

There was a touching moment on Friday. It was just Richards and Wood. Right before he started to sing “You Got the Silver”, Richards muttered with absolute humility, “Good to be back. Good to be anywhere.” It was a toss-off for most of the fans, who treated his two-song medley as an excuse to get another hot dog or a beer, but it was a supremely human moment. It was honest. It was raw.

That’s the final hurrah I’d like to see: no filter, no fireworks, only Stones.

Setlist:
Street Fighting Man
Let’s Spend The Night Together
Tumbling Dice
Sad Sad Sad
You Got Me Rocking
Can’t Always Get What You Want
Angie
Dead Flowers
Sympathy For the Devil
Honky Tonk Woman
You Got The Silver
Before They Make Me Run
Miss You
Paint It Black
Midnight Rambler
Start Me Up
Jumpin’ Jack Flash
Brown Sugar

Encore:
Gimme Shelter
(I Can’t Get No) Satisfaction