Fans harnessing their hopes for another Pavement reunion can rejoice.

At this weekend’s Primavera Sound, which is currently going down in Barcelona, Spain, a flyer began circulating around the festival grounds teasing that the alternative rockers would reunite for a second time at next year’s incarnation.

As you can see below, the flyer asks, “Are you ready for those Gold Soundz?” It then states the group will perform “only two worldwide shows” in 2020, and that both will be at Primavera Sound, adding, “We are waiting for you next year in Barcelona and Porto.” 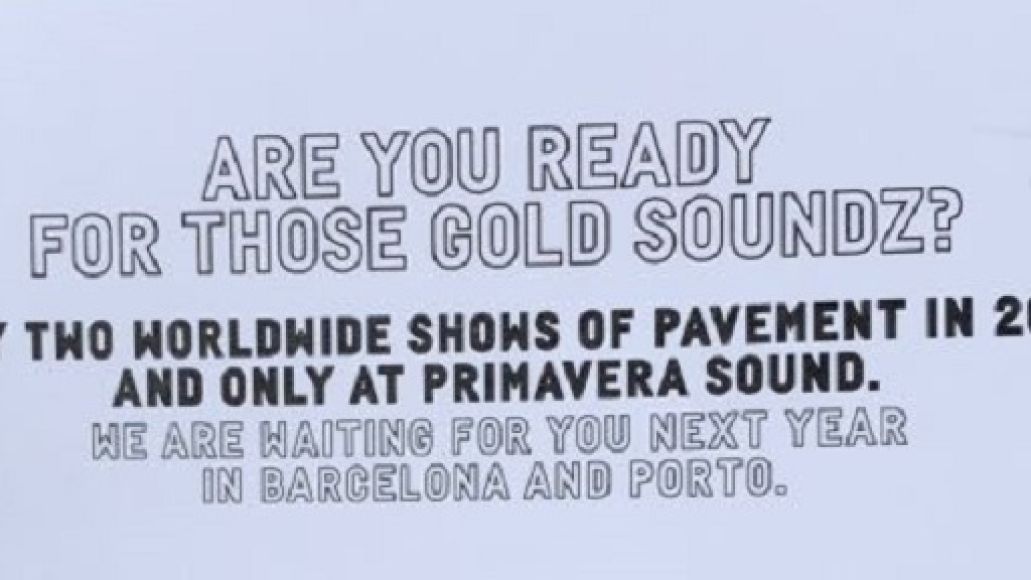 Well, lo and behold, the festival has since confirmed the news:

Although frontman Stephen Malkmus previously shot down any plans for a reunion tour surrounding the band’s 30th anniversary this year, he suspiciously changed his tune last month while speaking with Rolling Stone’s Music Now Podcast.

During their chat, Malkmus said the chances of another reunion were “realistic,” adding: “Anything’s possible…if there’s interest, you know, that’s always a factor. If people are really psyched about it, I’d be psyched about it too. So we’ll see.”

So, for all you diehards out there, be sure…

Pavement to reunite at Primavera Sound 2020