Tickets to Disney’s upcoming The Lion King live-action remake are officially on sale today. To heighten the already palpable anticipation, the studio has announced details of the film’s soundtrack.

Coming July 11th digitally and physically on July 19th (the movie’s opening day), The Lion King OST features most of the film’s major stars. That includes Beyoncé and Donald Glover (aka Childish Gambino) who duet on the recently teased “Can You Feel the Love Tonight”. Other actors appearing include Seth Rogen (Pumbaa), Billy Eichner (Timon), Chiwetel Ejiofor (Scar), and John Oliver (Zazu).

In addition to the fresh voices, Elton John and Tim Rice, whose songs from the 1994 animated original Lion King took home Oscars and Grammys, have re-teamed for new track “Never Too Late”. South African producer and composer Lebo M, recognizable for his African choir arrangements on the original OST, returned for the remake, as well. In addition to working on “Never Too Late”, he joined Hans Zimmer in revisiting the classic score.

What’s more, Pharrell Williams contributed production to a number of tracks, including “I Just Can’t Wait to Be King”, “Can You Feel the Love Tonight”, “Hakuna Matata”, and “The Lion Sleeps Tonight”.

Pre-orders for The Lion King remake soundtrack are going on now. Find the full tracklist — including a mysterious TBA listed at #14 — below. 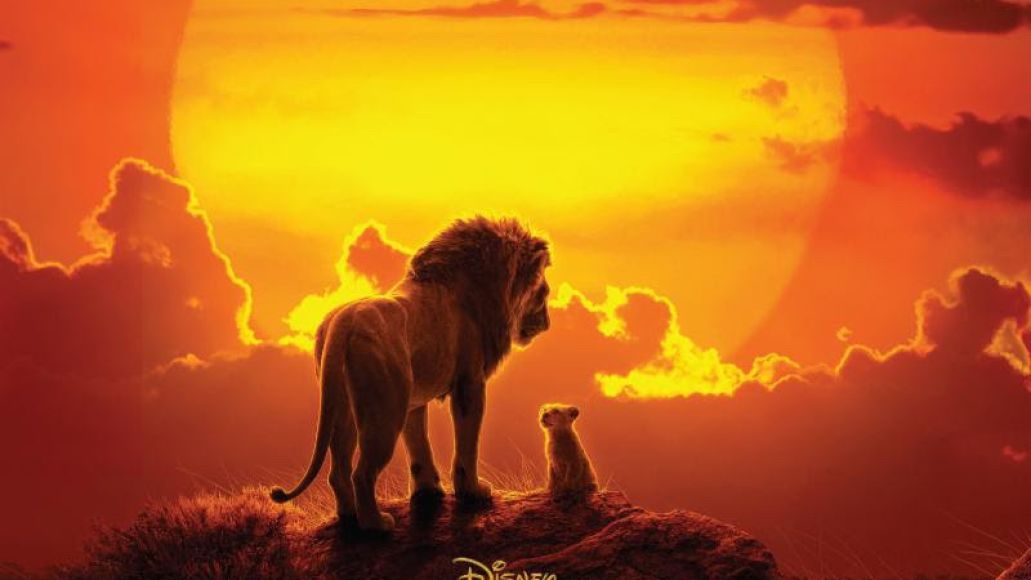 Revisit the latest TV trailer for The Lion King remake, which features Glover and Beyoncé singing “Can You Feel the Love Tonight”.