The Pitch: Two longtime friends struggle with new, confusing feelings about each other amid the glossy perfection of a VR fighting game. A man on the edge holds a social media intern hostage until authorities can reach his tech-bro boss. A disintegrating pop star gets a much-needed lifeline from her biggest fan and a curiously sentient piece of merchandise. Black Mirror is back, baby, with another batch of episodes throwing A-list actors at the mercy of near-future technological monstrosities and seeing what sticks.

Striking Vipers: Amid discussions of sexuality and gender fluidity, “Striking Vipers” couldn’t have arrived at a better time. Danny (Anthony Mackie) is married and trying for a third child with the love of his life, Theo (Nicole Beharie). Yet when old friend Karl (Yahya Abdul-Mateen II) comes back into his life with a new virtual-reality fighting game called Striking Vipers X, one of the first things they do with their newfound bodies is start an affair.

Stories about infidelity are nothing new — nor are those about men struggling with their sexuality — but the technological framework of “Striking Vipers” at least offers some interesting twists on the premise. When you inhabit a female avatar in a video game, are you a woman? What does it feel like to have sex as somebody other than yourself? Does it mean that you’re gay, or bi, or pan? Are they friends or lovers? At what point does a digital affair become cheating? The lines between fantasy and reality, sex and sensation, are intriguingly blurred.

A lot of the beats in “Striking Vipers” are familiar, but Mackie, Abdul-Mateen II and Beharie commit handsomely to the domestic drama. Ludi Lin (Power Rangers) and Pom Klementieff (Guardians of the Galaxy Vol. 2) are also fun enough as the video game avatars they inhabit, but they’re mostly there to embody the hypersexualized bodies of fighting game characters that serve as these lovers’ primary allure. There’s more than a little of the DNA of “San Junipero” in there (the VR disks they use to plug into the game are from the same company that holds Gugu Mbatha-Raw and Mackenzie Davis in virtual nirvana), but its gentle approach and fragile characters make it a standout. 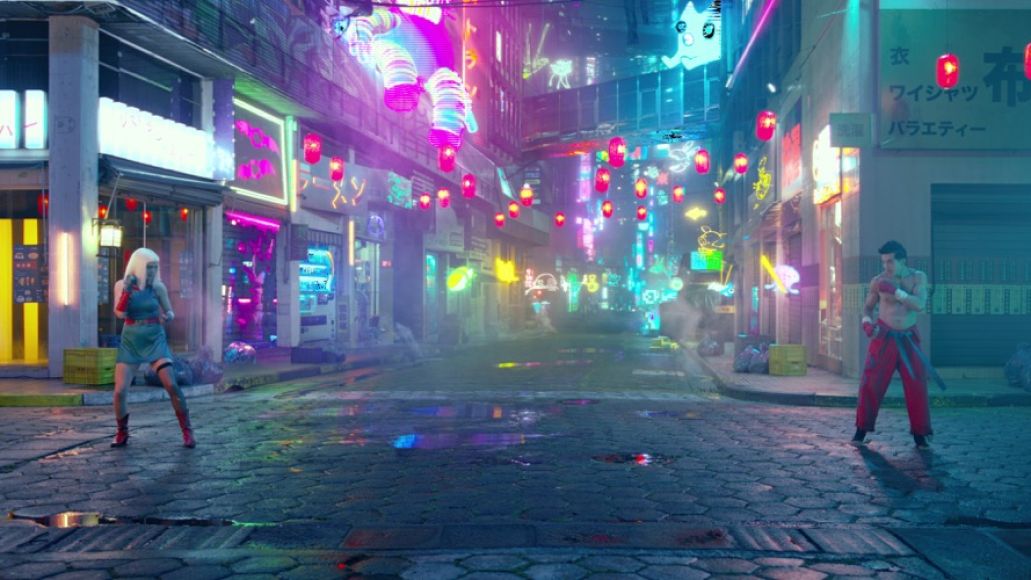 Smithereens: They’re not all hits, though, as “Smithereens” tumbles back into the facile cynicism of some early Black Mirror, its take on the omnipresence of social media boiling down to the technophobia of which the show is sometimes accused. Andrew Scott is maybe the episode’s sole saving grace as Chris, a grief-stricken man driven to violence as he demands to speak to the enigmatic CEO of a powerful social media company (Topher Grace). Scott’s unhinged performance is a treat to watch (certainly a reminder he’s capable of far more than just being the Internet’s Hot Priest), but it’s a shame he’s trapped in such a restrictive, overcooked premise. A few glimmers exist here and there of data mining’s horrors — the social media company ends up telling the police how to handle their own hostage situation — but it’s ultimately a chamber piece about the dangers of Tweeting and driving.

Rachel, Jack, and Ashley Too: Luckily, the fifth season ends on a high note, as Miley Cyrus makes her much-ballyhooed appearance on the show in a story about disillusioned recording artist Ashley O — a bankable pop star merchandising her soul away through Alexa-like AI toys called Ashley Too. As her life (and her toys) are put in danger by a controlling manager-aunt (Susan Pourfar), her salvation comes in the form of a young fan (Angourie Rice) and her jaded sister (Madison Davenport), who end up forging an unlikely connection with one of her robots. 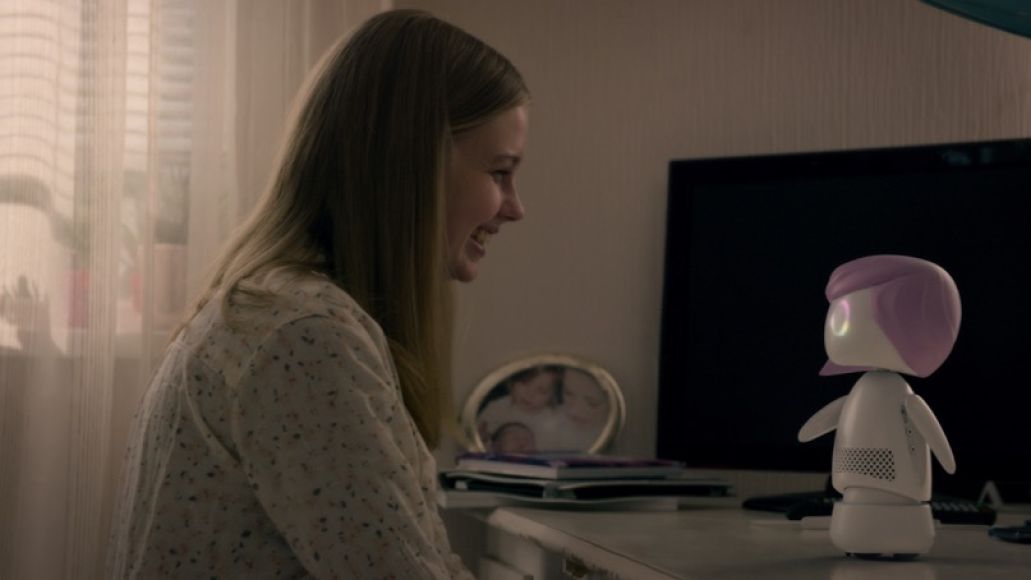 Obviously, Cyrus’ casting packs “Ashley Too” with heaps of spoken and unspoken observations about the kind of environment that would create someone like her, and the former Hannah Montana has a blast poking holes in her own star persona. As the episode flits between Ashley O’s struggles and that of Rice’s Rachel, there’s a lot to explore about the sanitized versions of people that celebrities sell to their audiences, the consumptive nature of the celebrity-fan relationship, and the lengths to which capitalism will squeeze every bit of value from a prized commodity. Some of the proceedings even unfold in the style of a wacky Disney Channel caper, complete with sneaking into mansions and outrunning cop cars in a van decorated like a giant mouse. (Oh, and Ashley O bangs out a cover of Nine Inch Nails‘ “Head in the Hole”, in case that wasn’t incentive enough.)

The Verdict: Even if you count December’s Bandersnatch as an early release for this season, Black Mirror’s fifth series still counts as its shortest. (Or maybe its longest, depending on how long you ended up playing through Bandersnatch.) Still, one can’t help but get the feeling that creator Charlie Brooker is softening his overall take on technology as the show ages. In its early days, Black Mirror was a caustic cautionary tale about our dependence on technology; sure, there was the occasional happy ending (see: “San Junipero”), but it explored dark ideas about tech’s horrifying applications to wartime, social status, and even romance.

Paradoxically, Black Mirror’s turn for the optimistic still leads to some solid entries; it’s only the nihilistic “Smithereens” that has nothing interesting to say. The other two entries don’t stack up to the show’s absolute best, but they remain eminently fascinating looks at how technology is changing the ways we think about love, celebrity and identity.