The Pitch: How did So-Cal teen Rue (Zendaya) spend her summer? In rehab, after an overdose. Caught between her desire to keep doing drugs and her equally fervent desire to not end up dead, Rue approaches the notion of sobriety with an intrigued skepticism. And Rue’s not the only one with troubles: Pretty much everyone in her social circle is having lots of sex, doing carloads of drugs, and engaging in smartphone-aided shenanigans. It’s one part classic teenage wasteland and one part Black Mirror hellscape, with an X-rated taste for nudity to boot.

Euphoria takes the John Hughes-ian sense of teen movie archetypes and updates them for 2019. There’s Jules (Hunter Schafer), who’s trying to navigate high school as a trans woman while meeting up with men like Eric Dane’s Cal for late-night motel rendezvous. Their friend Kat (Barbie Ferreira) has to deal with fat-shaming when a video of her losing her virginity at a party starts to spread. The school’s quarterback Nate (Jacob Elordi) is toxic masculinity personified, while Rue’s dealer Fezco (Angus Cloud) is maybe the series’ most fundamentally decent character.

Most TV series these days have some kind of hook: There’s a mystery to solve, a time period to examine, or a piece of pre-existing intellectual property to resuscitate. But Euphoria eschews these easy on-ramps. It’s set in the present, and it’s an original story, a high school melodrama supercharged with HBO’s resources and relaxed content standards. Really, the only hook it has is its shock value. And Euphoria is genuinely shocking. Like, “multiple fully erect penises” shocking. 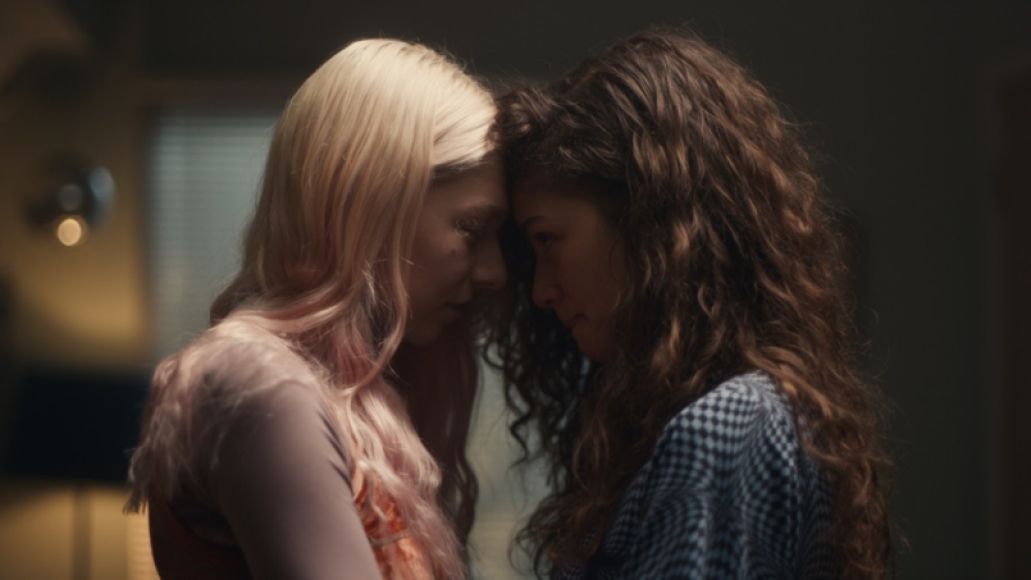 The Revolution Will Be Instagrammed: While the plots of many old movies and TV shows would be completely ruined by cell phones, Euphoria is part of a new breed of programming that builds its stories around smartphone communication. Entire scenes consist of text conversations, while others are comprised of selfie photoshoots and dick-pic dissertations. The thrust of Cassie’s (Sydney Sweeney) story revolves around her boyfriend’s unease after he’s shown a series of tasteful and not-so-tasteful nudes that she had previously sent to other boys. In episode four, a major revelation consists of one character threatening another with an explaination of how child pornography laws work. (The short version: They are woefully ill-equipped to deal with a world in which horny teenagers have phones with cameras in them.)

Rue serves as the series’ narrator and default protagonist. Episode one begins with her literally in the womb, narrating her own birth and subsequent first 16 years of life — complete with a jarring smash cut to the second plane smacking into the World Trade Center, an event that happened while she was still (barely) in-utero. The following episodes likewise begin with Rue walking the audience through a roughly 10-minute digression into a different character’s backstory, each one its own playful house of horrors. There’s an extended stay in a psych ward, a parade of locker room genitalia, and a Game of Thones-style fantasy in which a character is rescued from school by her very own off-brand Dothraki horde. 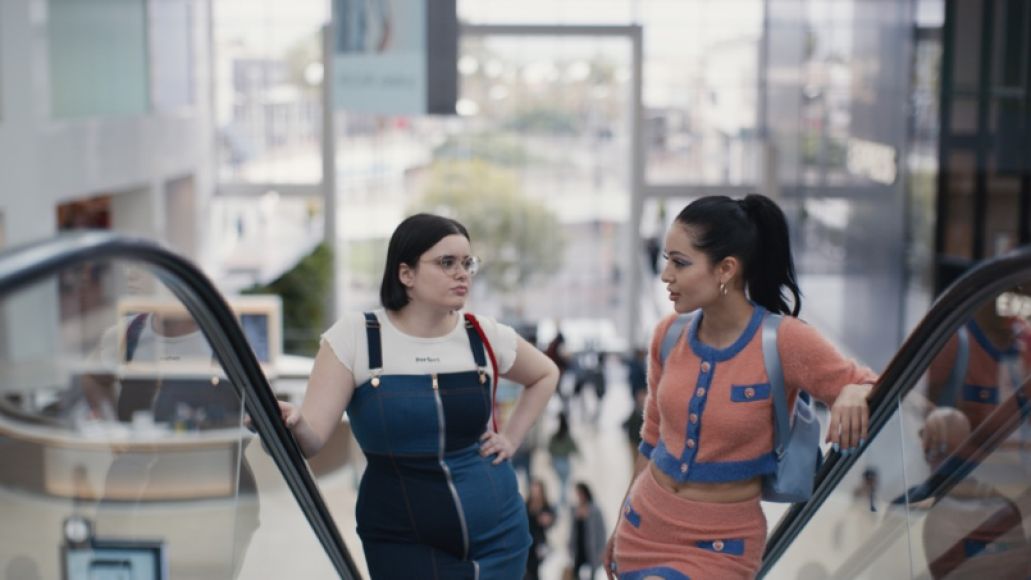 Euphoria succeeds in arguing that these kids are a possibly dangerous exception. Euphoria is a very cool show, whereas Reefer Madness was a deeply uncool flick. But there’s no way to wallow in this world without passing some kind of judgement on it, or at least having an opinion about it. And while the show is totally hip on topics like anime and Tumblr fan fiction, it’s hard to ignore that these teens all appear to be in desperate need of saving. There’s a moral crusade lurking underneath all the fashionable nihilism. 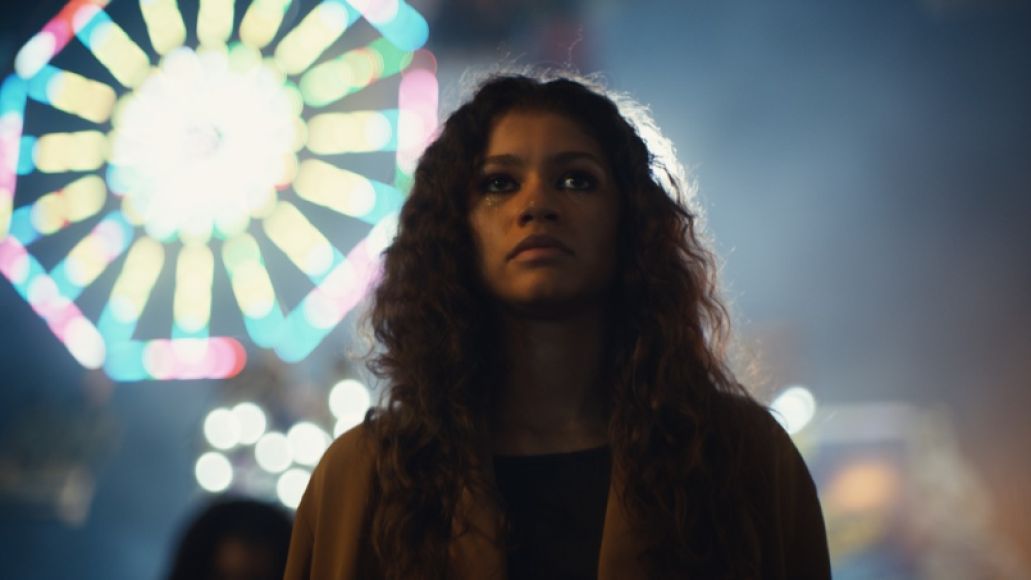 What separates a series like Euphoria from old-school propaganda? Two things: craft and complexity. The series is created by Sam Levinson (son of Barry), whose 2018 film Assassination Nation made waves on the festival circuit for many similar reasons, namely its harrowingly bleak portrait of teenage ennui. Euphoria adopts that film’s surreal tone-poem approach to portraying high school angst, but jettisons most of the blaring satire and hyper-violence.

The show’s cinematography is lush and opiated, with vibrant colors and an ever-present haze giving the light a physical presence. Cinematographer Marcel Rév prowls around like a night stalker, never settling for a simple one-shot when a series of complicated swoops will do. Episode four centers around a carnival straight out of Joel Schumacher’s under-rated and trippy The Lost Boys — to the point where one character shtups a Corey Feldman look-alike. 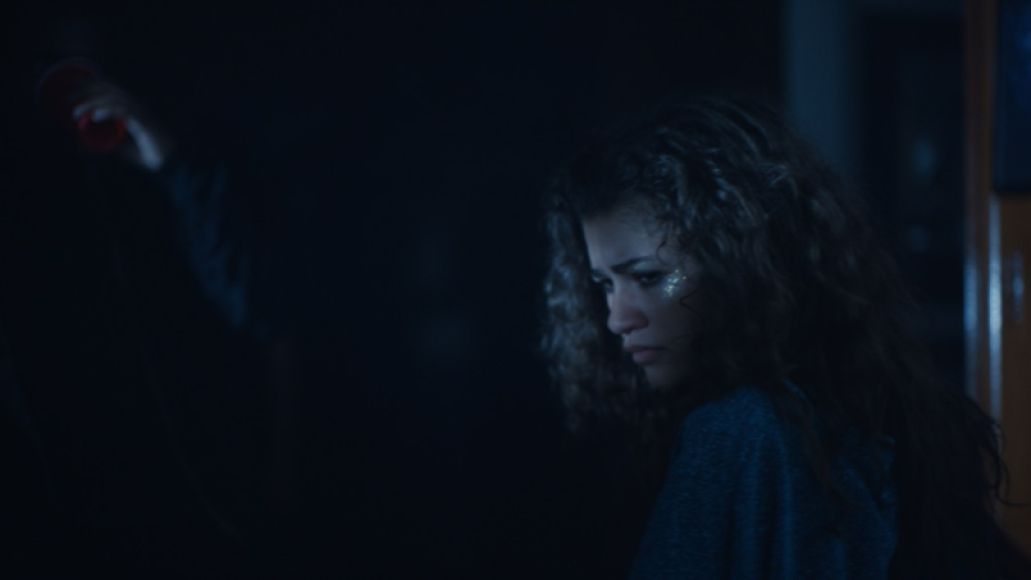 Levinson has a firm grasp on his characters, and is aided by a wonderful young cast. (Yes, they all look like twentysomethings, but given the amount of graphic sex onscreen, that’s kind of a relief.) Everyone is shaded in gray, even the black-hatted Nate, as shock value is balanced with empathy. These kids aren’t monsters; they’re just kids. More importantly, they’re the victims. It’s the older generations that are to blame, the ones that shunted them into prescription drugs and built their phones and flooded them with pornography while insisting on abstinence-only sex education.

These young adults — these children, really — are doing their best to get by in the world that we built for them. Looking around at, well, everything, it’s little surprise that they’re so screwed up, and looking for joy in all the wrong places. And if Euphoria is occasionally guilty of making drugs look like a fun escape, much of that is because it so carefully depicts why reality needs escaping from in the first place. 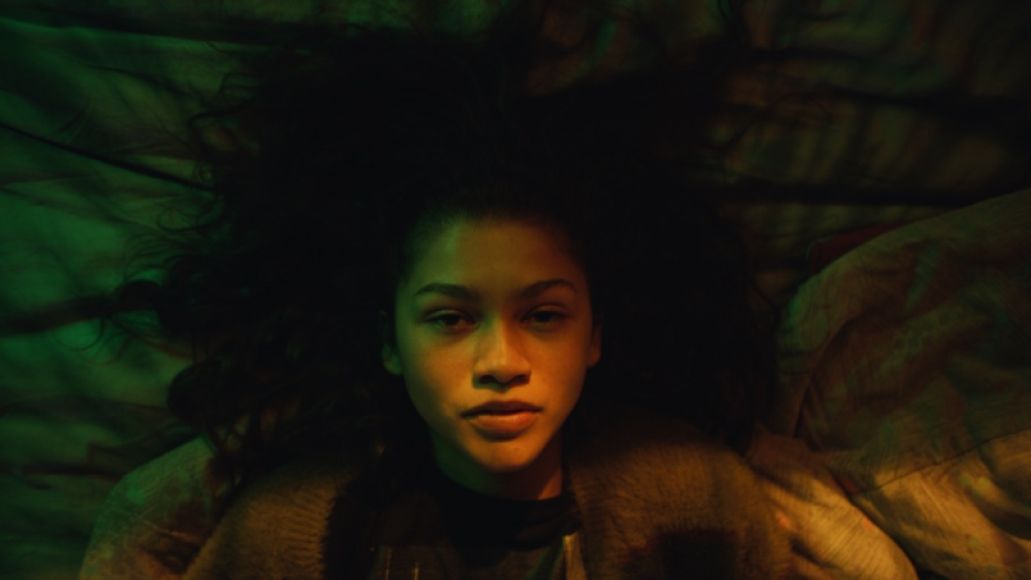 The Verdict: In a culture that thrives on virality and outrage and meme-able moments, Euphoria is built to make one hell of a splash. There will be tweets. And at only six episodes in its first season, the show is extremely well-positioned to get out before it overstays its welcome. But shock only goes so far, even if this series is willing to go further than most.

Whether it’s wringing its hands over the state of The Youth, or throwing its hands up in a fit of nihilistic pique, Euphoria’s shocks ultimately adopt a scolding tone. Even with a charming group of actors and a knack for compelling teen drama, the reasons for Euphoria’s success might be a little more old-fashioned than an A24-produced show like this one would be willing to admit.

TV Review: Euphoria Scolds as Much as It Shocks in A24's Teenage Wasteland