For the first time in years, The Cure performed live without their bassist Simon Gallup. The decision came after a “serious personal situation” prevented Gallup from playing with the band for their headlining set at Fuji Rock Festival in Japan. In his place, The Cure tapped his son, Eden, to fill his shoes. It was a natural decision given Eden is his father’s bass tech and also plays in his own band, Violet Vendetta.

The entire ordeal sounds rather scary, given the immediacy of the decision. According to a statement from the band, Simon Gallup was unable to travel with The Cure to Japan after “a serious personal situation” arose after performing at The Paleo Festival. Thankfully, it sounds like Simon will be back soon for The Cure’s seven upcoming festival sets.

(Read: The Cure’s Disintegration Remains a Record for Hopeless Romantics of all Generations)

The full statement reads: “A serious personal situation affecting our bassist Simon arose after The Paleo Festival show on Thursday, and as a consequence Simon was unable to travel with us to Japan. Very reluctant to disappoint our wonderful Japanese fans, and after much discussion, we decided to go ahead with our ‘Fuji Festival’ headline on Sunday, with a very brave and very excellent Eden Gallup filling in on bass! We are all very grateful to Ed for reaching out across the generational divide to help us out, and join him in welcoming his dad back for our seven remaining summer festival shows, commencing with Aisha Picnic Moscow next Saturday 3rd August. Thank you all for your understanding; Hope you enjoyed the Fuji show as much as we did, and see you all very soon… Love The Cure X”

Eden played so well, in fact, that Robert Smith himself almost mistook his bass playing for that of Simon. In an interview with the festival immediately after wrapping up the performance, Smith said the experience was surreal because it was “the first time in more than 20 years” that Simon wasn’t there beside him onstage.

(Read: The 10 Hottest European Music Festivals to Check Out This Summer)

“We had to decide quickly,” Smith says in the interview. “His son, Eden, looks after Simon, his bass tuning and all. Because I’m his godfather, he’s known The Cure literally his whole life. He said if we had a rehearsal, he would step in and do the show. It was quite weird actually because we had the rehearsal yesterday and then walked on stage with a completely different bass player. It was great. The thing about the band at the moment is that everyone was playing so well and I’m enjoying it so much that I almost forgot it wasn’t Simon on stage.”

You can watch moments from The Cure’s performance at Fuji Rock through a few fan-captured moments below. 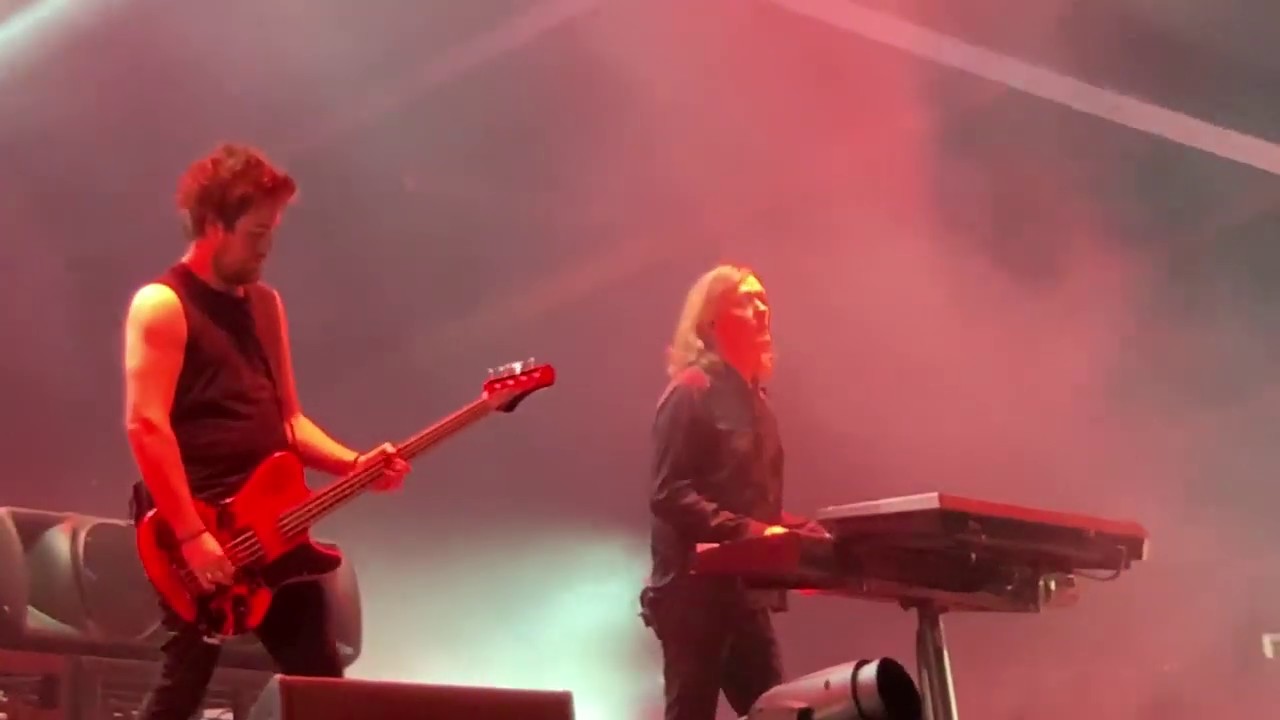