Like many teens, Billie Eilish grew up on Justin Bieber, bumping his hit songs and plastering his face all over the walls of her bedroom. Now, in what must be a totally surreal moment, Eilish has successfully recruited her childhood idol for a remix of “Bad Guy”.

The newly released rework sees Biebs lending his voice to Eilish’s smash hit. His contributions don’t make a huge impact — the original solo version is a major chart-topper for a reason — but sure, we’ll entertain the collaboration.

Proving that Eilish’s love for the “What Do You Mean?” singer runs deep, look no further than the remix’s accompanying artwork. It’s a photo of the young pop prodigy happily surrounded by Bieber posters. “OMGFFFFGGG ANYTHING IS POSSIBLE MAN,” Eilish wrote on Instagram.

Listen to the remix below. 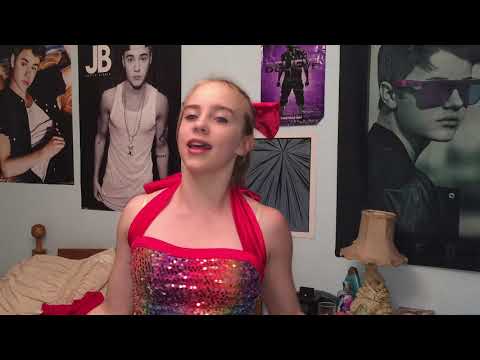 Eilish is currently on tour supporting her excellent debut album, WHEN WE ALL FALL ASLEEP, WHERE DO WE GO?, which dropped earlier this year and even earned praise from Thom Yorke. Grab tickets to her shows here.

As for Bieber, he recently teamed with another pop star, Ed Sheeran, on the song “I Don’t Care”. He’s also still very much interested in fighting Tom Cruise for whatever reason.