Cardi B was in Indianapolis on Tuesday night for a show at the Banker’s Life Fieldhouse. The rapper never took the stage, however, as she ended up canceling the concert due to a security threat.

According to a series of now-deleted tweets, Cardi said she chose to postpone the show after police and venue security officials informed her of a “threat tip” they’d received. The New York MC, who was backstage getting her make-up done when she heard the news, was thinking of her and the crowd’s safety when she made the decision.

Disappointed concertgoers tweeted back at Cardi, but she defended her decision to scrap the event. “There still a federal investigation going on,” she wrote on Twitter. “Yes everybody could have got check but who know if a suspect was waiting outside or who he wanted to target . Im from the hood I never been a situation like that so I will avoided NIKKA IM A MOTHER MY SAFETY COME FIRST!”

The security threat left Cardi so concerned, she did more than just leave the city of Indianapolis. “I even left the state ASAP cause I ain’t takin no chances!” tweeted the “Bodak Yellow” star.

Although the Indianapolis performance has since been rescheduled, it’s just the latest disruption to Cardi’s live schedule. Over the last few months, the rapper has scrapped a number of tour dates for various reasons; most recently, she withdrew from two European music festivals because of “scheduling conflicts.”

Below, check out Cardi’s deleted tweets via Uproxx. 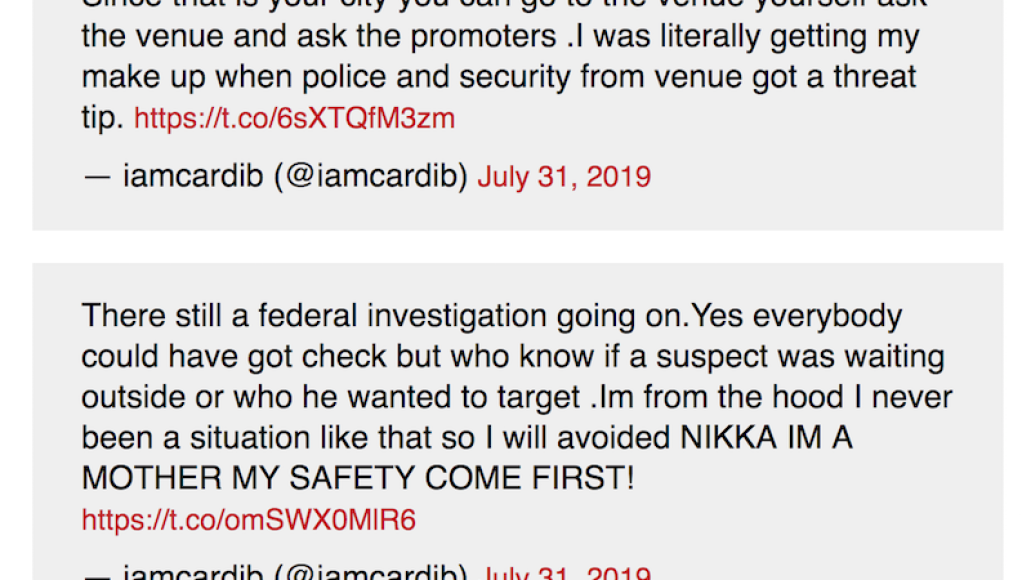 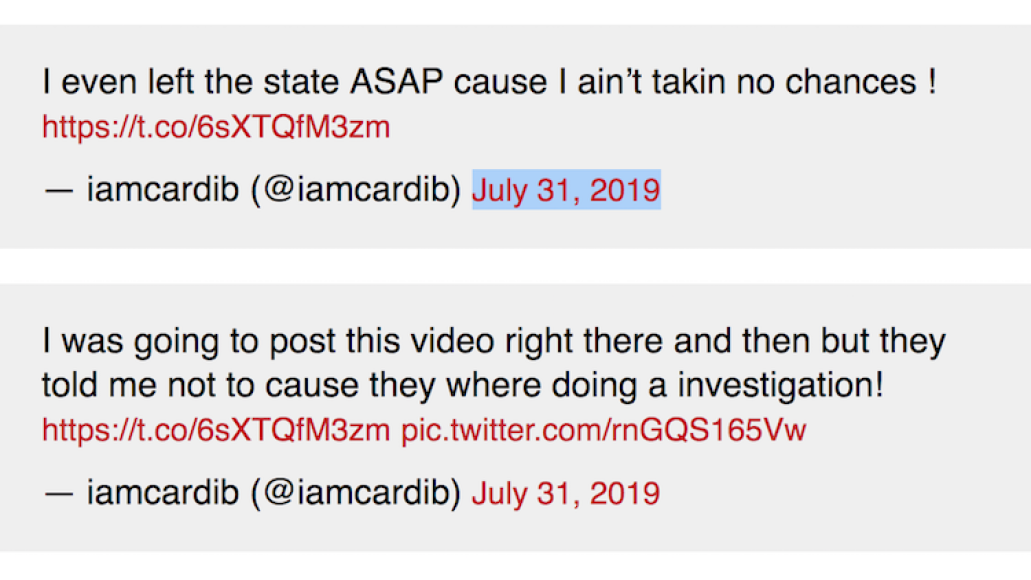 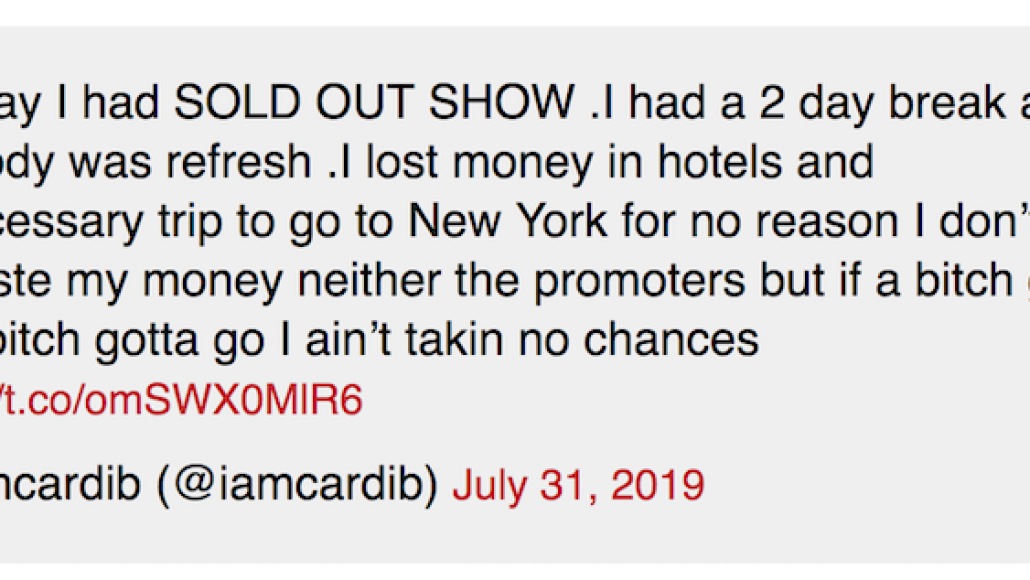 Cardi B cancels Indianapolis concert due to security threat