The Pitch: Billi (Awkwafina), a Chinese-American woman living in New York City, feels disconnected from her extended family in China, save for her occasional phone call from her spry, spirited grandmother, Nai Nai (Shuzhen Zhao). But she soon learns that Nai Nai is dying of terminal lung cancer — a fact the rest of the family has decided not to tell her for her own good. Instead, they’re pushing Billi’s cousin Hao Hao (Chen Han) to marry his Japanese girlfriend of three months, Aiko (Aoi Mizuhara), as a pretense to bring the family together to see Nai Nai one last time.

Against the wishes of her parents (Tzi Ma and Diana Lin), Billi flies back to China to join them, her distaste for her family’s little, white lie outweighed by her desire to be there for her family and rediscover the country she and her family left behind as a child. As she reconnects with her family, her culture, and her grandmother, Billi swims in an uneasy sea of identity, somewhere between Chinese and American, and struggles to figure out where she fits in.

“Based on an Actual Lie”: These words usher in writer-director Lulu Wang’s feature debut, a riveting extrapolation of her own real-life tale of well-meaning deception towards her terminally ill grandmother (and the subject of a well-known This American Life segment). Like Wang, Billi is a Chinese-American woman acclimated to American values of individuality and honesty, which clash with the modesty and familial duty expected of Chinese families. And yet, rather than land on one dominant perspective, Wang allows her film to explore the truths that lie somewhere in the middle.

(Interview: The Farewell Director Lulu Wang on Her Family’s Response to the Film)

The prospect of lying to your dying relative to forge more comfortable end-of-life experience certainly sounds a curious cultural practice, particularly for Billi, who wonders out loud whether Nai Nai might benefit from knowing her condition. But it’s just the way things are done in many parts of China. It may be a lie, but, as one well-meaning doctor points out, “it is a good lie.” What’s more, it’s hardly a selfish one; keeping the secret is a burden to everyone in her family, one they stoically bear.

“You think one’s life belongs to oneself,” Billi’s uncle Haibin (Jiang Yongbo) tells her. “But that’s the difference between the East and the West. In the East, a person’s life is part of a whole.” The majesty of The Farewell’s boundless cultural empathy is its ability to toe those lines of cultural specificity while still feeling universal. 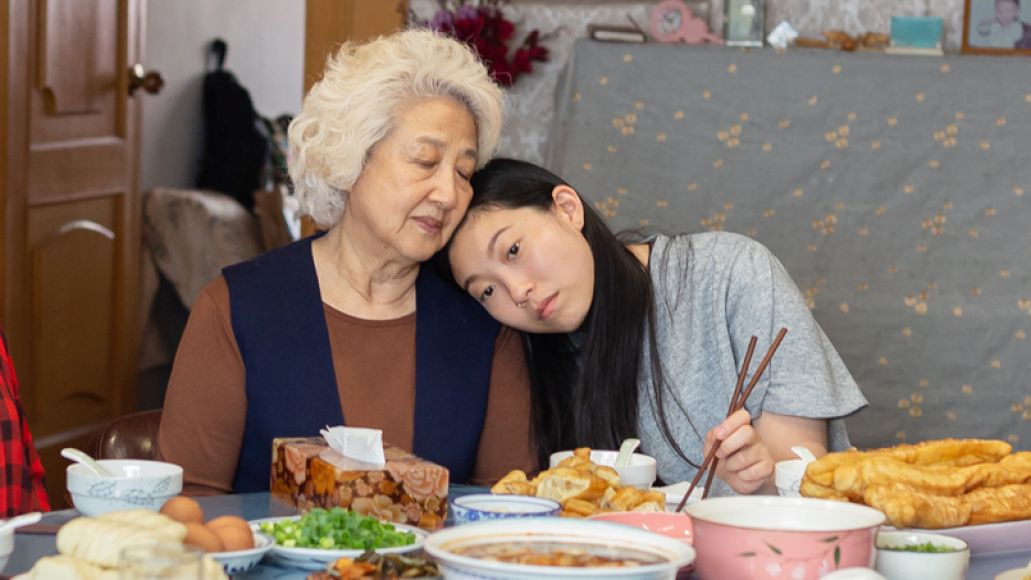 Benign Shadows: The Farewell is a remarkably confident work, evoking the kinds of intimate, layered kitchen-sink dramas done by other East Asian filmmakers like Hirokozu Kore-eda and Edward Yang. Anna Franquesa Solano’s camera recognizes the sheer geographic isolation Billi feels, whether dwarfed by sprawling Chinese hotels or in cramped dining rooms with her family. Shots linger over the coldness of hospital waiting rooms punctuated by treacly paintings of peony fields, a nifty visual metaphor for Chinese culture’s desire to wallpaper over grim news.

However handsome and elegant as The Farewell’s presentation may be, the film belongs to its impeccable, dynamic cast. Every gesture and interaction is packed with emotional weight, not just between Billi and Nai Nai — as we learn more about the various members of her dynamic, endlessly endearing family, we see the interwoven dynamics between them as well. The contentious relationship between Billi’s parents, Hao Hao’s anxiety at his family weaponizing his relationship, even Aiko’s awkward patience at a family she can’t communicate with (she doesn’t speak Chinese), all of it is expertly and economically staged. 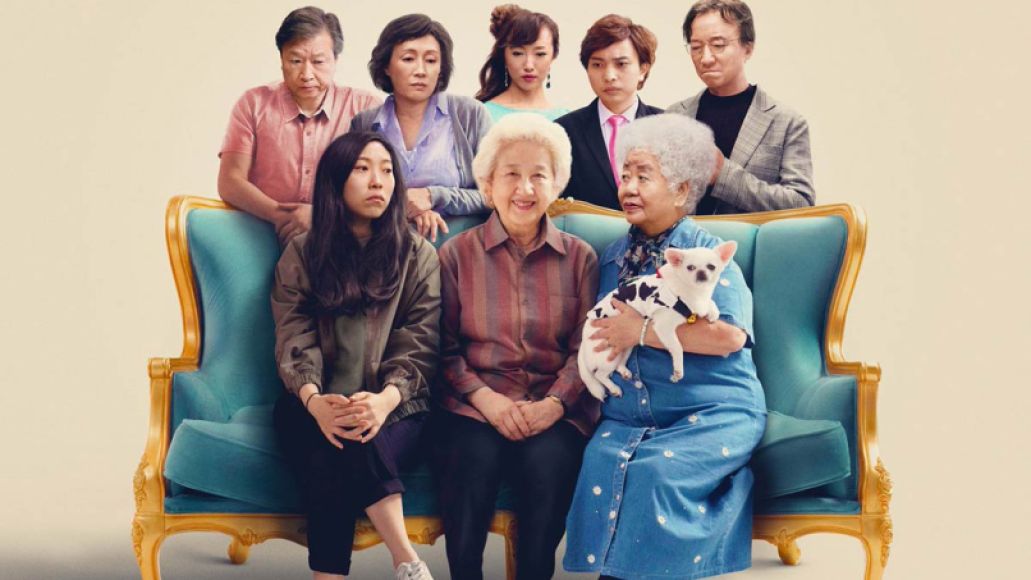 Watch Me, Nai Nai: Smack dab in the middle of them, of course, is Awkwafina’s shockingly subdued performance as Billi, the Crazy Rich Asians star tamping down her normally outrageous persona for a lead turn that’s heartfelt and believably wounded. Billi’s an aimless figure consistently haunted by her desire to know more about a China and a family she left behind as a child. While she objects to her family’s lies, she finds herself just as easily able to obfuscate about her financial situation and her career. She’s a figure of observation, but one with volumes of stuff going on underneath, Awkwafina and Wang finding the few perfect moments to let those anxieties out. As melodramatic as the film’s premise may be, The Farewell is sparse with histrionics, which befits a culture so overburdened to share feelings that people hire professional criers to wail at their family’s graves.

Lightening the proceedings, of course, is Zhao’s delightfully magnetic turn as Nai Nai, the veteran Chinese actress beaming with expressive glee and adorable overbearingness. Wang plays drolly with the irony of a family lying to a grandmother so brutally honest — about hating her live-in partner Mr. Li, the right form for a morning tai chi session, even the roundness of Billi’s butt. Zhao’s beaming smile and sunny disposition is absolutely infectious; you’d lie about her dying too just to keep her in such a good mood. She and Awkwafina are particularly magical together, crafting an honest relationship that crosses cultural and generational lines. 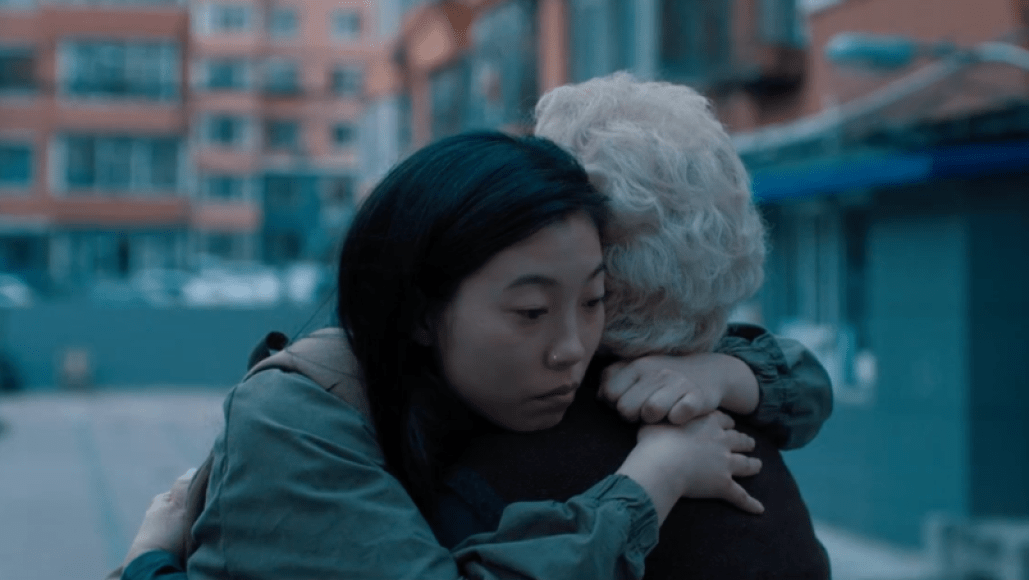 The Verdict: It’s hard to find a film this year as universally resonant, yet so culturally specific, as The Farewell. Wang, along with her stellar cast, manages to deftly weave droll, observational family comedy with deeply resonant examinations of the role of family and culture in our lives. It’s naturalistic without feeling downbeat, farcical without being goofy, and treats its cultural signposts with a sensitivity and honesty few filmmakers can achieve. Even as The Farewell zigs where you think it’ll zag by the end, its bittersweet lessons about growing up and growing into your family will resonate long after you see it.

Where’s It Playing? The Farewell is soothing you with pleasant mistruths in limited release now.