After a rapid rise to fame, Greta Van Fleet released their debut album, Anthem of the Peaceful Army, back in the fall. Though the record is less than a year old, the band is already well on their way to album No. 2.

As of now, the plan is to unleash the next album before the end of 2019, but no official news has been announced yet. However, the Michigan rockers, who have often been criticized for sounding too similar to legendary rock act Led Zeppelin, recently told NME to expect a “much different” Greta Van Fleet on the group’s upcoming sophomore LP.

“We’re working on something quite different,” said guitarist Jake Kiszka. “It’s interesting, because we never know exactly what an album is going to look like — it can only be so premeditated. But as it sort of unfolds now, it’s an example of where we are musically right now. It’s definitely much different than Anthem of the Peaceful Army would have been.”

Bassist Sam Kiszka added, “I think it’s really the next step in the evolution of what we want to do… I think as far as the intent goes, it’s just incorporating more sounds, more tones, more styles of music, perhaps, and taking a step in the cinematic direction.”

See the full NME interview with Jake and Sam Kiszka in the video below.

Greta Van Fleet just wrapped up their summer tour dates, but will hit Australia, North America, and Europe for an extensive tour this fall. Get tickets here. 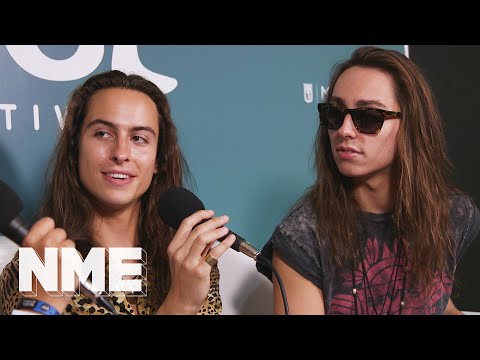