Late last year, Iron Maiden announced a summer North American outing that they promised would feature their “biggest production ever.” On Thursday night (July 18th), the legendary metal band kicked off the “Legacy of the Beast Tour” at the BB&T Center in Sunrise, Florida.

According to a review in the South Florida Sun-Sentinel, the band delivered a “terrifically entertaining, time-warping two-hour set.” The spectacle included a “flyover” of a life-size replica of a Spitfire combat plane, flame-throwers, pyro, muskets, claymores and, of course, the band’s mascot Eddie, Billboard adds.

As far as the material that Maiden performed, it was a career-spanning 16-song set of favorites, featuring four cuts from 1983’s Piece of Mind, and three from 1982’s Number of the Beast, including the set-closing classics “Hallowed Be Thy Name” and “Run to the Hills”. See the full setlist and video footage below.

The North American tour runs through a September 25th show in San Antonio, Texas, followed by a handful of dates in Mexico and South America. Pick up tickets here. 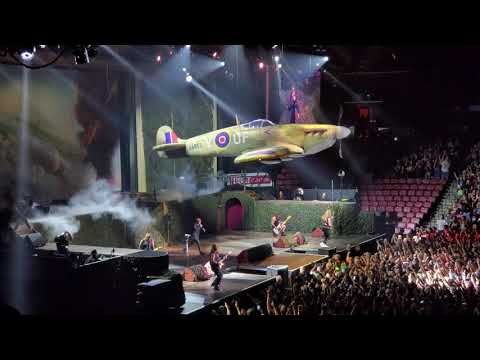 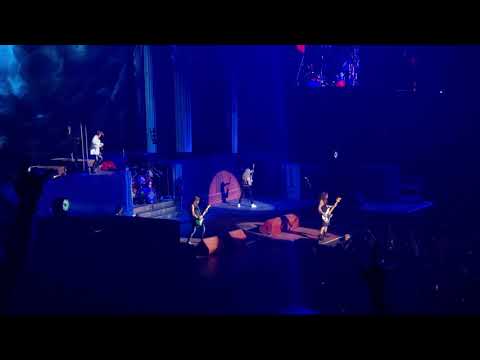 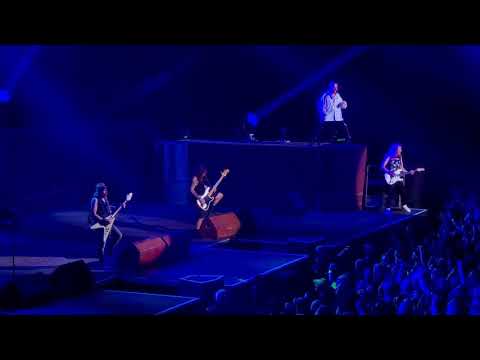 Setlist:
Aces High
Where Eagles Dare
2 Minutes To Midnight
The Clansman
The Trooper
Revelations
For The Greater Good Of God
The Wicker Man
Sign Of The Cross
Flight Of Icarus
Fear Of The Dark
The Number Of The Beast
Iron Maiden

Encore:
The Evil That Men Do
Hallowed Be They Name
Run To The Hills