The announcement arrives on the eve of Guaraldi being honored with the American Eagle Award by the National Music Council. What’s more, the Grammy-winning pianist turns 91st today, making this also a birthday treat.

It’s a treat, indeed, as the package itself will include the titular pumpkin as an etching on Side B, an introduction by executive producer Lee Mendelson, and liner notes by Peanuts historian Derrick Bang.

“This is the quintessential Vince Guaraldi for our Peanuts’ specials … some of his best atmospheric jazz,” Mendelson stated in a press release. “Vince’s score carries the gang with the autumn leaves, through the scary and cold Halloween night. This music comforts the indomitable faith of Linus, still waiting for his hero since 1966 — forever in our ears, hearts and memories.”

“Guaraldi had a strong sense of how music could — and should — be employed to maximize the viewing audience’s emotional response,” writes Bang. “[He] emphatically established the Peanuts ‘musical personality’ with this third outing, and all subsequent prime-time specials owed much to the groovin’ atmosphere that is so prevalent in Great Pumpkin. Guaraldi had a gig for life … and his legacy lives on, expand[ing] by the year, thanks in great part to the jazz swagger given to an insecure blockhead and his lovably crazy beagle.”

Die-hards of Snoopy and co. will want to be on the prowl for a special limited edition copy that’s being pressed on glow-in-the-dark vinyl. They’ll have to be sharp, though, as Craft is only releasing 500 copies.

It’s The Great Pumpkin, Charlie Brown debuted on October 27, 1966 with a staggering 49 percent audience share. In other words, 49 percent of the people watching TV during those 25 minutes were hanging with Charlie Brown.

Pre-orders are currently on-going. Stream the album in full below and check out both the cover artwork and tracklisting shortly after. Hell, we even tossed in a vintage clip for nostalgia’s sake. 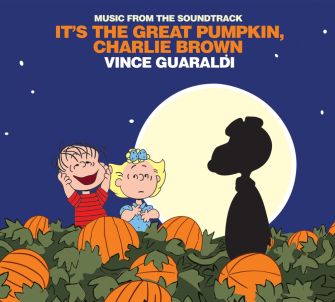 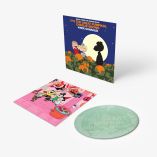