If Dolly Parton were the biggest surprise at Newport Folk Festival this year, it would still be one of the most momentous music events of the year. But that was Saturday, and as the final set of the fest’s 60th year began on Sunday evening, an even more iconic personality took the stage: Kermit the Frog. What’s more, the Muppet was joined by My Morning Jacket frontman Jim James to sing the childhood classic “Rainbow Connection”.

Amazingly, the star-power didn’t stop there. The duo were backed by a band put together by and featuring Chris Funk of The Decemberists. Joining him on drums was none other than Janet Weiss, until recently of Sleater-Kinney (Funk introduced her as “drummer for hire”). Also on stage were Benmont Tench of Tom Petty & The Heartbreakers and Wilco bassist John Stirratt.

It all came as part of the Pete Seeger singalong tribute set “If I Had a Song”, which closed out the 2019 Newport Folk with a string of unannounced guests and collaborations. We’re sure James is still pinching himself over singing with Kermit the freakin’ Frog, though, so relive the magical moment below. 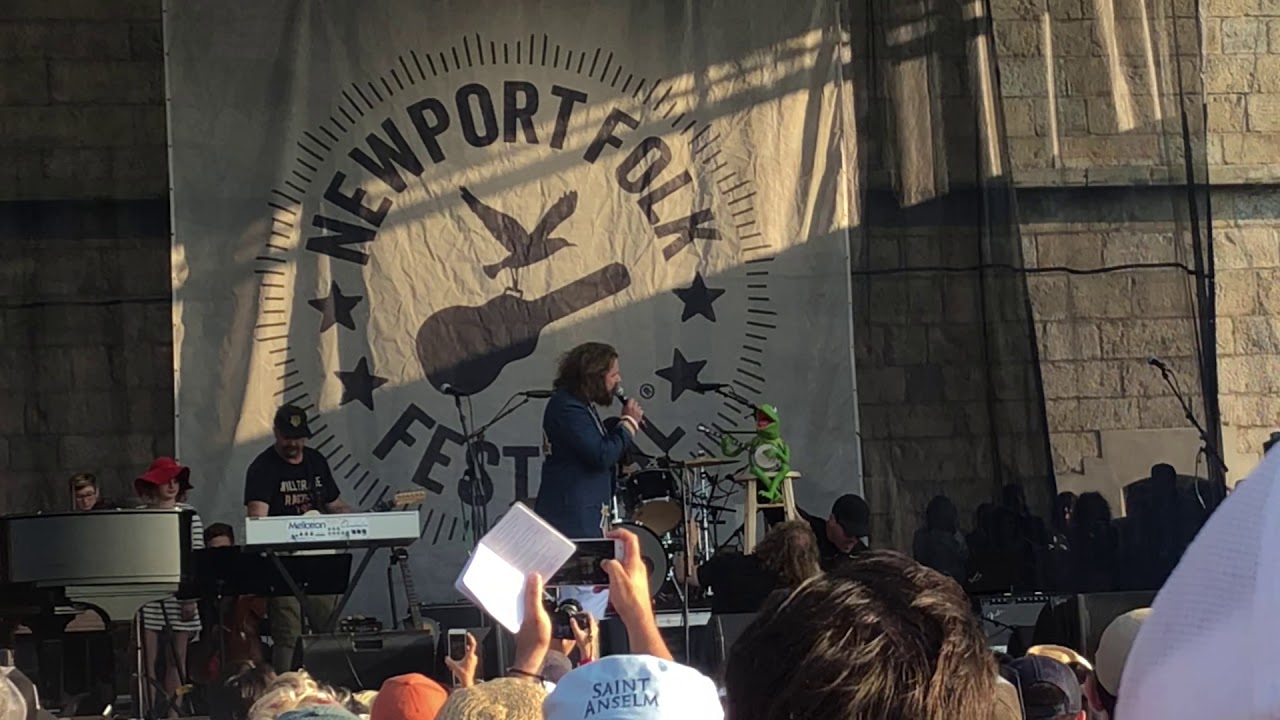