Dwyane Johnson, Jack Black, Kevin Hart, and Karen Allen have all returned for Jumanji: The Next Level. Today, Sony dropped the first trailer for the sequel to their 2017 reboot and it teases all sorts of changes to the game.

This time around, Danny DeVito and Danny Glover are involved, and everyone’s avatars have seemingly been swapped. Unlike the first go-around, however, this one’s a rescue mission involving the search for Spencer (Alex Wolff). 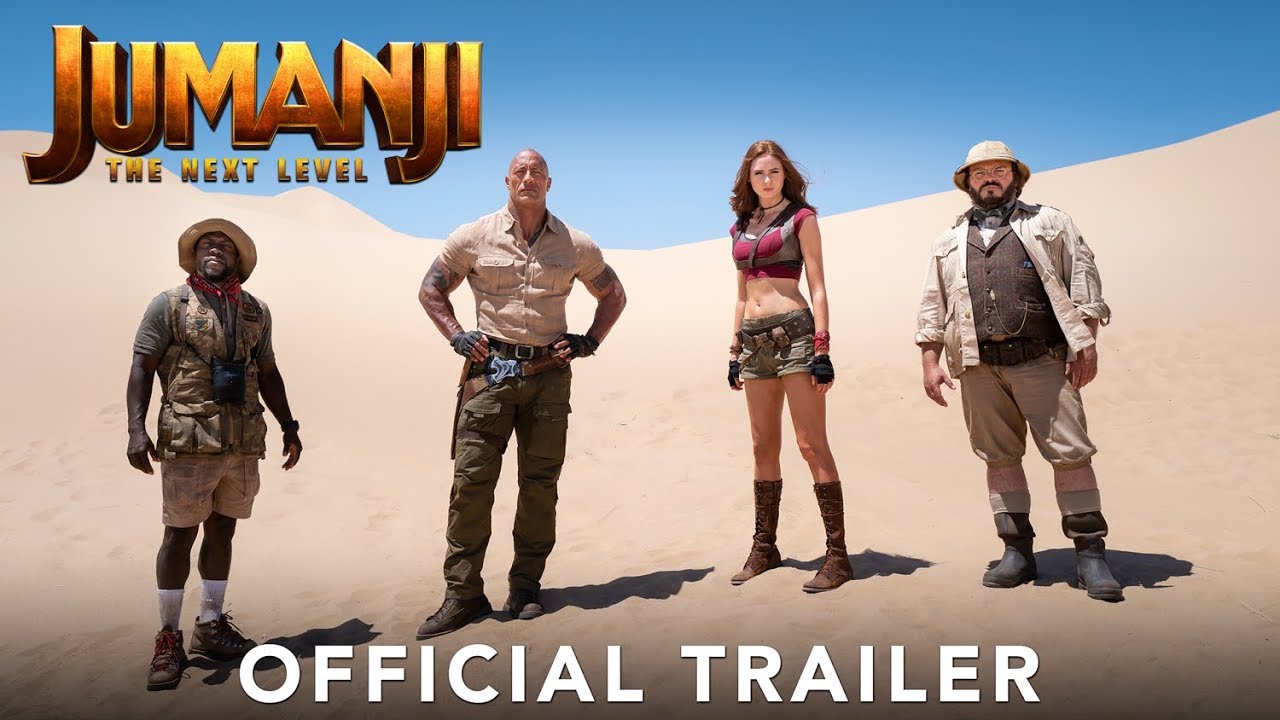 Director Jake Kasdan once again helms the picture from a screenplay by OG screenwriters Jeff Pinkner and Scott Rosenberg. In addition to the aforementioned, the film stars Nick Jonas, Awkwafina, and Rhys Darby.

Jumanji: Welcome to the Jungle was a major surprise hit for Sony, grossing nearly a billion dollars worldwide. Whether that success carries over into this sequel will likely depend if that on-screen chemistry remains intact.

Jumanji: The Next Level flips the script on the classic game again in wild first trailer: Watch