Laurie Anderson has announced a new collaborative album with Tibetan singer Tenzin Choegyal and composer Jesse Paris Smith called Songs from the Bardo. It will be released through Smithsonian Folkways on September 27th. To celebrate the announcement, the three have shared its lead single, “Lotus Born, No Need to Fear”.

Songs from the Bardo is a “guided journey through the visionary text of the Tibetan Book of the Dead,” according to a press release. The music originated from an improvisational performance given at New York’s Rubin Museum of Art. From there, Laurie Anderson, Tenzin Choegyal, and Jesse Paris Smith turned it into an 80-minute flow of sound, words, and experience — all of which is meant to “draw the listener into the present moment and provide a framework for inner exploration.”

The album’s lead single, “Lotus Born, No Need to Fear”, is a slow-burning number that prepares listeners for what to expect from the collaborative project. It begins with gentle woodwind notes and some tinkering piano. Slowly, over the course of the seven-minute song, Anderson begins to speak gently, telling a visual story akin to a guided meditation. It’s calming and uplifting all at once. Stream the song below.

News of the collaboration shouldn’t come as much of a surprise. Anderson frequently performs at the annual Tibet House Benefit Concert, and often imbues her work with protest and activism themes. On top of that, she often uses part of her show to preach the benefits of meditation and reflection. Songs from the Bardo builds on all of this — while still offering a brand new sound to fall in love with.

Here’s hoping this collaborative album is as good as her last, which won Anderson her first-ever Grammy Award. Find the album artwork for Songs from the Bardo as well as the full 14-song tracklist below.

Songs from the Bardo Artwork: 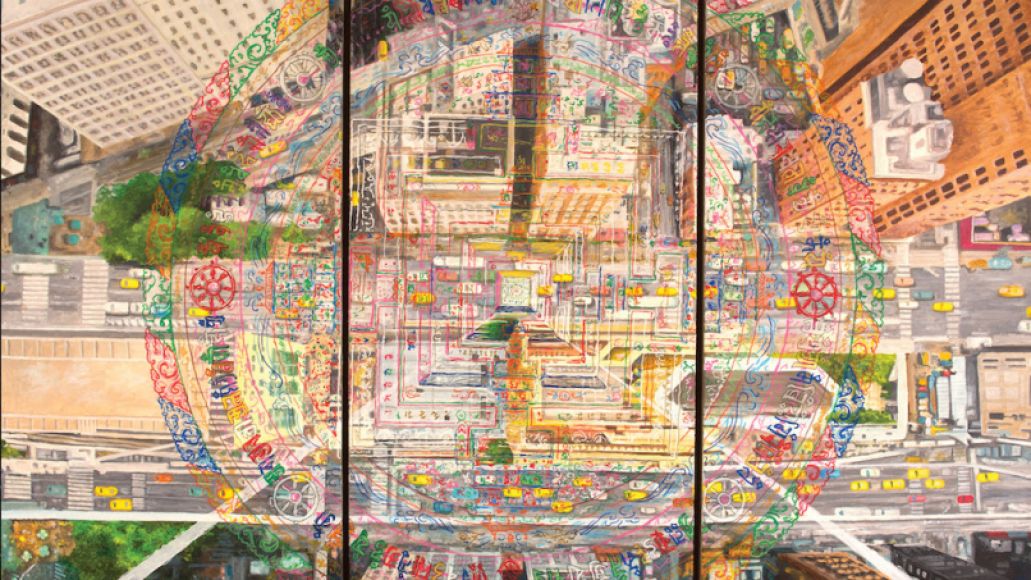