Entitled Rocko’s Modern Life: Static Cling, the full-length feature finds Rocko and the gang returning to Earth after being stranded in space since 1996’s finale. According to the synopsis, “Rocko has trouble accepting this 21st century modern life, while Heffer and Filburt embrace every aspect of new technology, social media and the endless diversity of food trucks. Rocko whole-heartedly believes that his nostalgia for the past can save him from the tortures of the modern world.”

Rocko’s Modern Life originally ran for three seasons between 1993 and 1996. The sequel film was first announced by Nickelodeon at Comic-Con during the summer of 2017 and subsequently acquired by Netflix for distribution.

Static Cling is set to premiere on August 9th. Watch a new teaser plus the original Comic-Con trailer below.

*chanting* WE LOVE ROCKO! #RockosModernLifeStaticCling comes to Netflix on 8/9 📺 pic.twitter.com/ydYE3wZ9SV 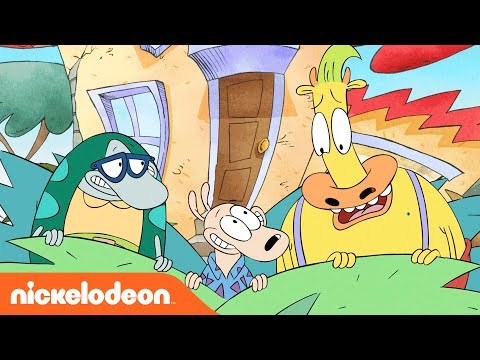