With a major heat wave on the way this weekend, folks will be looking to stay cool and content indoors. And now they’ll have some special company: The new revival season of Veronica Mars is streaming on Hulu a week early.

Initially slated to debut July 26th, the new season picks up five years after the end of the Veronica Mars film from 2014. Its eight episodes follow Mars (played by Kristen Bell) as she investigates a series of spring break murders in the show’s fictional town of Neptune, California.

Creator Rob Thomas previously described the revival as “hardcore So-Cal noir,” and the season’s various episode titles are proof. Among them: “Spring Break Forever”, “Keep Calm and Party On”, “Entering a World of Pain”, and “Gods of War”.

The new season is the TV show’s fourth overall. Along with Bell, the cast boasts returning stars Jason Dohring and Enrico Colantoni as well as new faces in Patton Oswalt and J.K. Simmons. Strangely enough, former NBA all-star Kareem Abdul-Jabbar had a hand in writing this season’s script.

Hulu is also hosting all three previous seasons of Veronica Mars, which originally aired on UPN and The CW from 2004 to 2007. Let the binging begin.

Head here to watch. Revisit a trailer below. 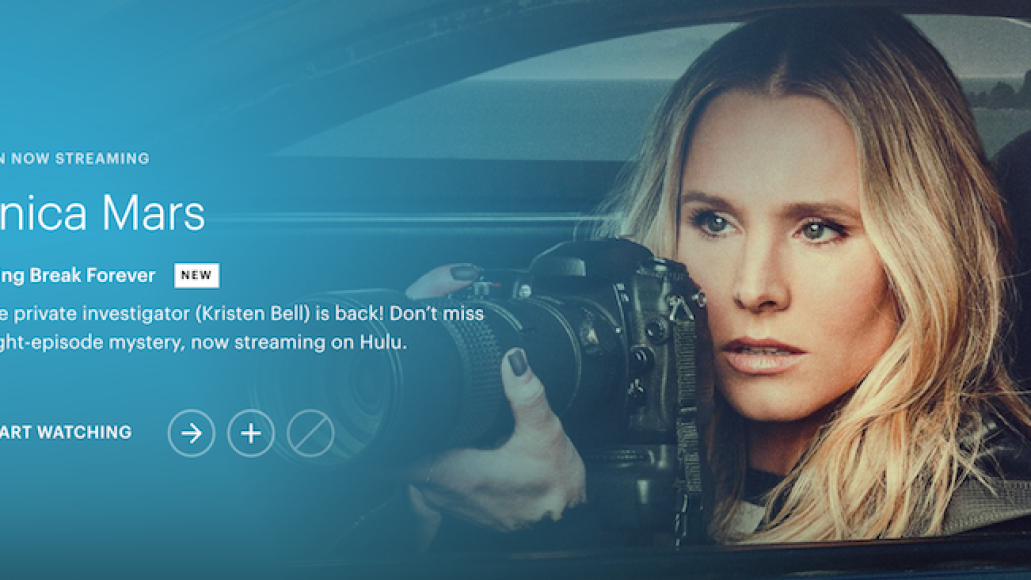