During Marvel’s loaded Comic-Con presentation, Kevin Feige revealed a new Blade film was in the works, with Oscar-winning actor Mahershala Ali set to play the titular character. Many fans attribute Wesley Snipes’ Blade trilogy from the the late-’90s/early-’00s with having paved the way for modern comic movies, so news of a reboot without him was disheartening to some. Now, Snipes has finally responded to anyone angry he won’t be back to wield the pig sticker: “chillaaxx.”

The original Daywalker had every right to be as shocked or hurt as fans were by word of the reboot. Instead, he seems stoked — just like the other side of the fandom was. In conversation with ComicBook.com, Snipes admitted the news came as a surprise, but said he’s a fan of the Marvel Cinematic Universe crew and looks forward to the film. Snipes then went on to call Ali a “beautiful and talented artist” and that he hopes to “someday work together.” (Cameo, anyone?)

“To all the DAYWALKERS losing their minds right now, chillaaxx. Although the news comes as a surprise, it’s ALL good. Such is the ‘business’ of ‘entertainment!’ Much peace to the MCU crew — always a fan. Honor and respect to the grandmaster Stan. Congratulations and Salaam to Mahershala Ali, a beautiful and talented artist whose expressions I look forward to experiencing for many years to come. Inshallah, we will someday work together. Most importantly to my loyal fans, the incredible outpouring of love is overwhelming. I am grateful for the never-ending support. So, ‘nah fret nah worry, it’s not de end of de story.’ Welcome to the Daywalker Klique.”

Few details of Marvel’s new Blade film have been revealed publicly, including a director or writer. It’s possible the studio hasn’t even gotten that far yet; Kevin Feige told The Hollywood Reporter that it was Ali who called Marvel after winning the Oscar for Green Book saying he wanted to play the vampire hunter. “When Mahershala calls, you answer,” Feige said.

What we do know is that Blade will occur in the MCU’s Phase 5, and there’s plenty coming in Phase 4 to keep fans tide over fans until then. 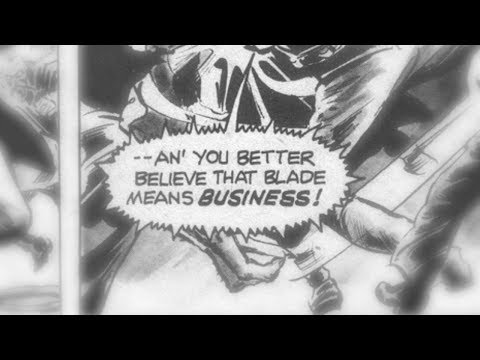