Given that the top five biggest box office earners of 1999 were sequels, prequels, or franchise kickoffs, it speaks volumes that the No. 2 spot was claimed by an original little ghost story from a then-unknown director. M. Night Shyamalan’s The Sixth Sense drew critical acclaim, a slew of Academy Award nominations, and forever embedded “I see dead people” into the pop culture lexicon. Yet it was the shocking twist ending that created the unyielding buzz that drove crowds to the theater, and what the film’s reputation was built upon. Twenty years later, audiences may have grown desensitized to the twist and scares, but the emotional story about a troubled shy boy, his struggling single mother, and a child psychologist seeking redemption remain timeless.

The opening scene introduces us to Bruce Willis’ Malcolm Crowe as he’s just arrived back home with his wife Anna (Olivia Williams) from an event honoring his work. Their celebration of his award is bittersweet for Malcolm, as it feels like a definitive punctuation at the end of his career, but that celebration is interrupted by an intruder. It turns out a former patient of Malcolm’s, Vincent Grey (Donnie Wahlberg), grew up tormented by the hallucinations that Malcolm had promised to fix. Vincent shoots Malcolm in the gut before turning the gun on himself, to which the screen goes black and cuts to the following Fall. This clever opening scene doesn’t just hook the viewer with its surprising violence, but also works two-fold in setting up the emotional drive of the entire narrative as well as that final, now iconic twist.

Malcolm is now fueled by course correction; he puts all of his focus into new patient Cole Sear (Haley Joel Osment), a shy and introverted boy with similar symptoms to Vincent Grey. Even to the detriment of his marriage. In the year that’s passed, Anna has kept a quiet distance and is now in the early stages of entering an affair. It bothers him, but not enough to deter him from his new patient. One that, at first, is weary of the child psychologist and his ability to help with a very unique problem. That problem, of course, is ghosts.

Cole’s palms burn hot as he presses them down into the kitchen table as an unseen presence flips every cabinet door open all at once during breakfast. His mother Lynn (Toni Collette) yelps, but quickly assumes it’s her son’s doing. Despite his anxiety at knowing the truth, Cole works to calm his mother’s fears. This small scene conveys Cole’s inherent sweetness as well as his complete isolation. It also tells us that while Lynn may have no clue what her son is going through, she loves him unconditionally.

From there, Cole’s encounters with ghosts become bolder and more terrifying. Nowhere is safe. His school once was a former courthouse, where people were sentenced to death by noose. What’s worse, his home has become a way station for spirits. As such, he’s visited at all hours of the night by myriad ghosts who met myriad grisly ends. Through it all, Malcolm remains steadfast by his side; that is, until Cole finally lets his guard down to reveal his secret: “I see dead people … walking around like regular people. They don’t see each other. They only see what they want to see. They don’t know they’re dead.”

That pivotal moment propels the narrative forward in ways that will see both Cole and Malcolm find the closure and catharsis that they’ve desperately been seeking. It all leads to that sucker punch reveal in which Malcolm discovers that he’d been dead all along. That blindside kickstarted Shyamalan’s status as the king of twist endings, but the brilliance of it is that the answers were there all along. In other words, it was an earned ending with laid out clues that rewards upon repeat viewings. 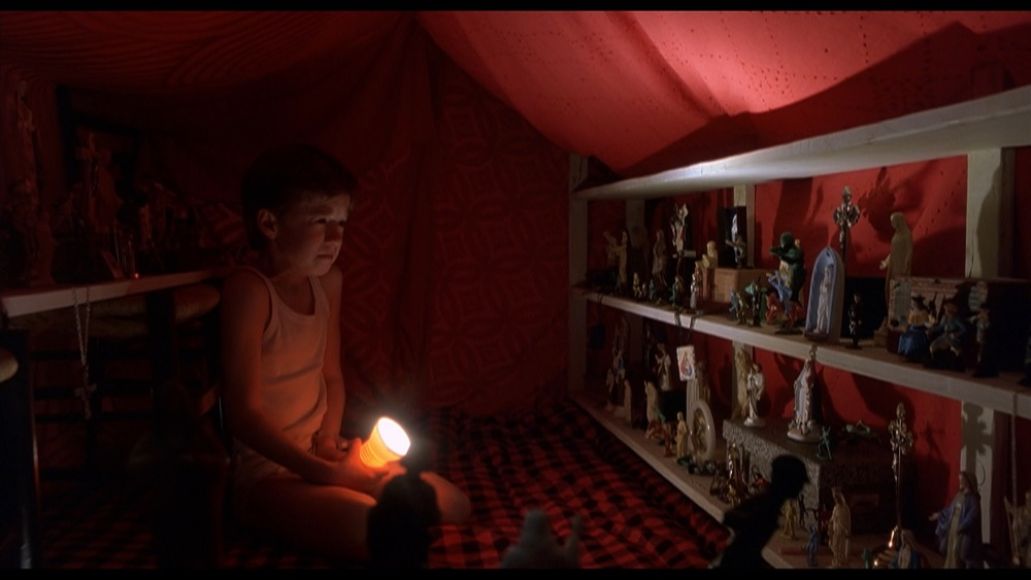 Looking back, Shyamalan’s use of the color red was a not-so-subtle indication of ghostly presences. From the red balloon that floats up toward the attic crawlspace where Cole gets attacked to Anna’s red blanket or dress whenever Malcolm is around, the color is a stand-in for the lurking dead. Also, what initially read as apprehension from Cole toward Malcolm now comes across as genuine terror; Cole recognizes Malcolm as a ghost right away and flees as a result. It’s also obvious in the way Malcolm only interacts with Cole. He sits in silence any time another adult is in the room, and while he does try to talk to Anna, she never really acknowledges him. That iconic speech isn’t just a plea for help, it’s a world builder.

While The Sixth Sense wows on its technical construction, even more so after initial viewings, it’s the emotional depth and the immense talent of the cast that gives the film serious heft. Even 20 years later, the scene between Cole and his mother as he uses a traffic jam to confess his painful secret still elicits tears. Willis always had a knack for grounding the fantastical with his straightforward approach, but against Osment’s heartbreaking rendition of Cole, there’s an added poignancy to his performance. This film rests entirely on Osment’s shoulders; Cole’s torment, his perpetual fear only outmatched by his love for his mother, and his bottomless empathy for those around him are all conveyed in an uncanny performance. In the decades since, Osment has yet to be matched (sorry, Jakob Tremblay).

In 1999, Shyamalan’s breakthrough hit enticed viewers with a cleverly crafted tale of ghosts, and now, years and years later, it’s dissecting the specific rules of this world that makes for a fun repeat viewing. However, behind the scares is a palpable story of parenthood, of redemption, of anguish. It’s a human interest piece at its heart, centered around the curious paternal relationship between a doctor and his patient, and Shyamalan has never come across more succinct and affecting. You shiver as much as you tear up, which is not only why The Sixth Sense was such a critical and commercial smash of its time, but also why it’s endured in ways its box office peers have not.