The Pitch: New stepsisters Mia (Sophie Nélisse) and Sasha (Corinne Fox) aren’t getting along, so their father Grant (John Corbett) gifts them a great white shark boat tour to help them bond. When they arrive at the docks, they meet up with their friends Alexa (Brianne Tju) and Nicole (Sistine Rose Stallone), who let them know about a secret watering hole that they’ve been wanting to visit. This watering hole just so happens to be one of the entrances to an underwater Mayan city that Grant has been exploring, so the girls decide to skip out on the boat tour and go diving in the city.

Upon entering the submerged ruins, the teenagers inadvertently cause a cave-in that traps them in the tunnels. With a rapidly dwindling air supply, they must navigate their way through the labyrinth to find an exit that may or may not exist. It isn’t long before they realize that they are being hunted by a pack of ferocious, blind, albino great whites that have spent hundreds of years evolving in the pitch-black depths of the city, waiting for a fresh meal.

Lean, Mean, Killing Machines: 47 Meters Down: Uncaged takes the basic premise of the original film (two sisters stranded in a cage at the bottom of the ocean, running out of air and surrounded by great white sharks) and blows it up. The rules of the horror sequel, as Scream 2 rightly taught us, are that the body count is always bigger and the death scenes are always much more elaborate. Uncaged sticks to those rules, even within the confines of its PG-13 rating.

Don’t let that rating fool you, because this movie is brutal. The sharks hunt with purpose and a rather terrifying savagery that hasn’t been seen in a mainstream shark film since the likes of Deep Blue Sea. To call them aggressive would be a massive understatement. The violence is amped up as well, with several characters meeting rather grisly fates. 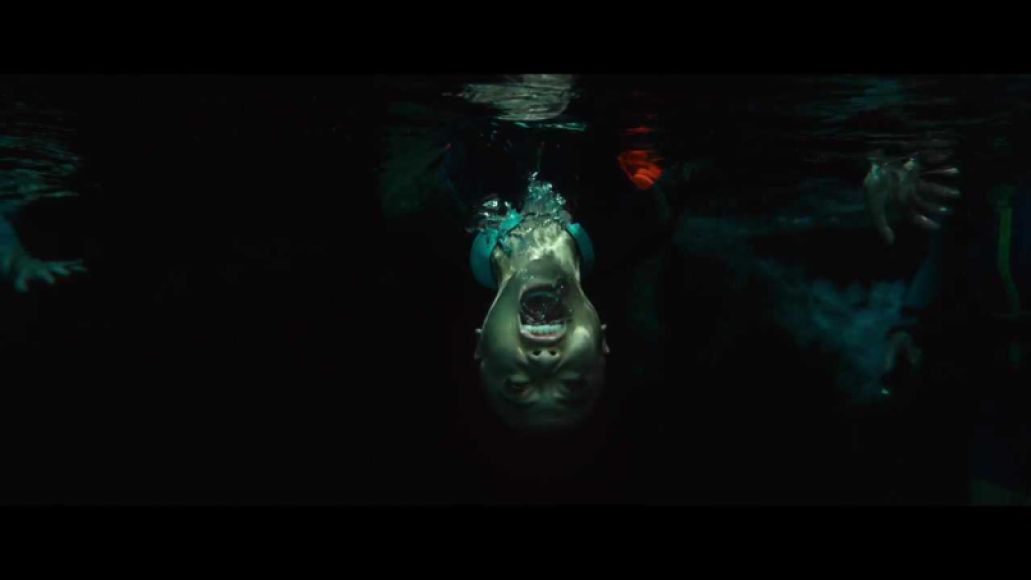 One particular death pushes the boundaries of the rating so far that it’s honestly a bit surprising that it didn’t earn an R-rating. It does become more difficult to suspend disbelief as the film enters its climax, however, as characters suffer injuries that should kill them but they somehow manage so swim away (mostly) unscathed.

To top things off, the sharks are actually scary. While they contribute to a fair share of jump scares (in which they appear for a surprise “hello!”), one can’t deny their effectiveness. It is the stalking sequences that impress the most, however, seeing cinematographer Mark Silk get to utilize the shadows and the murky waters to great effect. The setting is a huge improvement over the first film’s somewhat bland ocean floor.

Holy Set Pieces, Batman!: While the film takes a good bit of time to get going, it really picks up around the halfway point, delivering set piece after set piece of unrelenting terror. The majority of the creative team from the original film returns for the sequel, and it looks like they’ve learned a few lessons in the intervening years.

After co-writing and directing the first film, Johannes Roberts made a brief detour into the slasher sub-genre with 2018’s The Strangers: Prey at Night and he manages to carry over that film’s most successful parts and translate them into similar scenes in Uncaged. He proves especially adept at pairing unexpected tunes with heart-stopping suspense. 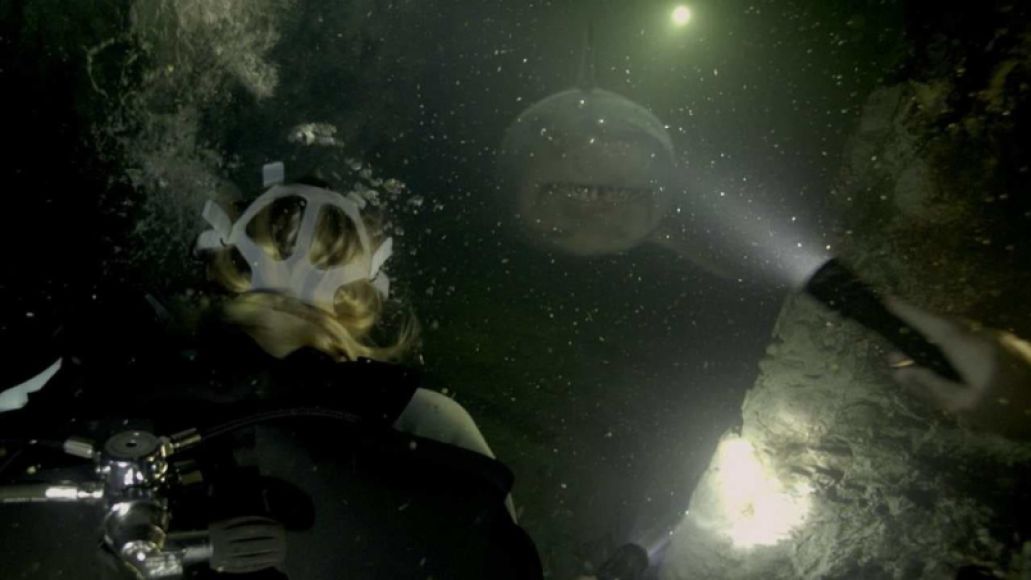 Much like the pool sequence in Prey at Night (set to Bonnie Tyler’s “Total Eclipse of the Heart”), Uncaged brings us a shark-stalking sequence set to some cheery music that is brilliant in its tonal incongruence. Let’s just say you’ll never listen to The Carpenters’ “We’ve Only Just Begun” the same way again.

Roberts and co-screenwriter Ernest Riera (both of whom co-wrote the first film together as well) don’t ignore the perils of the underwater city itself, either. There are plenty of shark kills in this movie, but they aren’t the only dangers in the structurally unsound Mayan city. The second half of the film is a non-stop barrage of stressful situations that pile on top of each other with demented glee. Uncaged is little more than a series of impressive set pieces, but can you really complain when they’re executed this well?

Budgetary Limitations: As we learned with Alexandre Aja’s Crawl just last month, it’s possible to make CGI creations look shockingly realistic. Unfortunately for 47 Meters Down: Uncaged, most of its budget seems to have been allocated towards the production design as opposed to the terrifying creatures that feature so prominently in the film. The sharks have a tendency to look downright cartoonish in certain shots, especially in heavily-lighted areas that expose the limitations of cheap CGI.

That being said, the design of the Mayan ruins is spectacular and makes for an appropriately creepy setting. Whereas the first film was limited to one location (the cage), Uncaged provides a plethora of different locales ranging from catacombs filled with human remains, a deep chasm plagued by swift currents and (eventually) the beautiful open waters of the Yucatán. 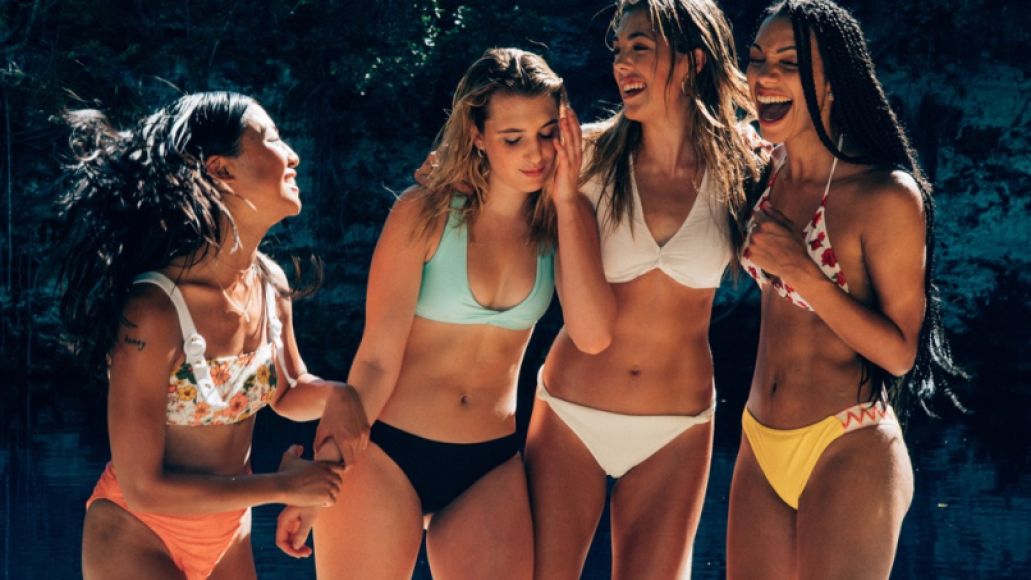 The script is the film’s weakest aspect, eschewing character development for one-dimensional caricatures. It has no shortage of clunky exposition either, filling the first act with scene-stopping line deliveries of useful information that you know will pay off later. (You can use air pockets on the ceilings as a secondary supply of air!) You’ll also likely read a lot of reviews referring to the film as The Descent with sharks, and while that description is not at all inaccurate, Uncaged lacks the sophistication and nuanced character development that made that Neil Marshall masterpiece so special.

The Verdict: 47 Meters Down: Uncaged may be a bit slight in the script department and features some cartoonish aquatic beasts, but it delivers non-stop, anxiety-inducing terror once it reaches its halfway point. Minor quibbles aside, this monster movie floats by with some absolutely thrilling sequences jam-packed into its last half, giving Crawl a run for its money as the creepiest creature feature of 2019. 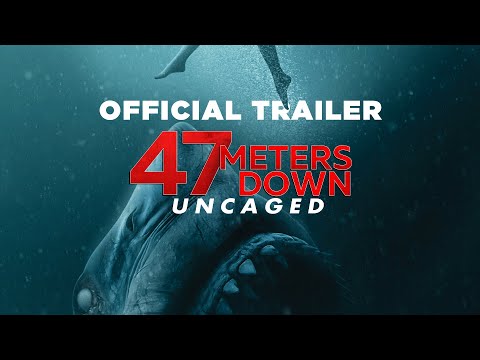