Otherhood proposes a screwball scenario in which three neglected mothers hijack their sons’ lives as revenge for being forgotten on Mother’s Day. They’re pissed off that their grown boys forgot to call/text/send mail, and decide what their boys need is for the trio to hop in a Volvo station wagon, voyage to New York City, and break into their sons’ apartments to more or less kidnap them until the bad boys learn to love their moms again. There’s no rope or duct tape; fear not, it’s not that creepy…

The mothers in question are Carol Walker (Angela Bassett), Gillian Liberman (Patricia Arquette), and Helen Halston (Felicity Huffman). There could have been something here, perhaps a dramedy about the interior lives of middle-aged women, abandoned by sons and husbands, scraping to keep it together. But that ship sails pretty early. Otherhood is all scenario, with little context, meaning, or insight. It’s hijinks, as they say.

We’re talking awkward situations like nude affairs, harassing ex-girlfriends, and Bassett watching her twentysomething son nearly have sex with a 17-old girl (that lies about her age and wants to be a model, but still, ick). Comedy. Each mom gets to stand off with their son with a big ‘ol speech. We get easy resolutions. A lot of dialogue both unfunny and insincere. And a generally confused sense of purpose and plotting. Essentially, this is a wasted premise with three misused actresses atop its title. 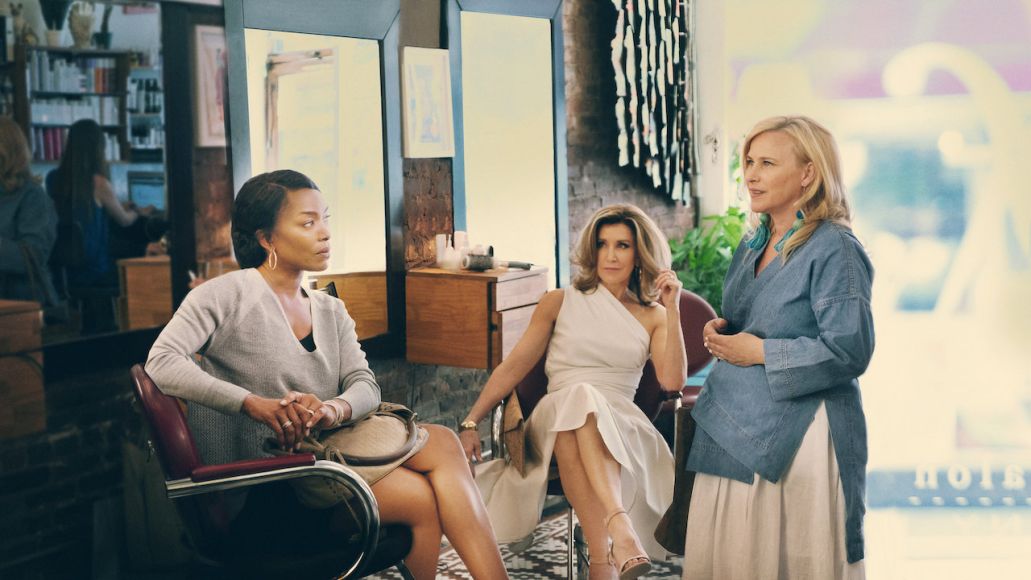 Sorry, Mom: Okay, that all sounds harsh for this “comedy.” It’s just that the over-bearing mom comedy has been done before — and far more capably. (See: Albert Brooks’ Mother, Terms of Endearment, a lot of Nancy Meyers.) Like an empty nester, Otherhood seems at a loss for what to do with itself, comedically and character-wise. There’s no defined tone or vision, in favor of half-thoughts strewn about as Cindy Chupak (a longtime Sex and the City writer), doesn’t quite get a handle on what kind of movie she’s after. The recipe – a little fish-out-of-water, a dash of midlife crisis, with some raunch and spiritual awakening sprinkled on top – is off.

The film begins with a series of sugary bits paralleling Carol, Hellen, and Gillian with their sons. More specifically, the moms meet for Mother’s Day brunch to opine about their dickhead children. They no longer get calls, and texts are rare. Carol buys herself flowers to pretend someone sends them to her, Gillian teaches piano and clings to other kids, and Helen is a wealthy divorcee with mother-boy portraits in her lily-white penthouse.

There’s an element of pathos under the sunlit brunch setting and acidic patter. But it’s hard to notice when we’re given forgettable stock. Specifically, a doting mom (Arquette), a melodramatic mom (Huffman), and a disappointed mom (Bassett). They read like stereotypes. Otherhood hobbles any traces of emotional sincerity with this hacky characterization. Why care for any of the jokes, or emotional beats, when the leads are given so little life to work with? Otherhood ultimately suggests that these mothers live solely for their sons. They’re crazy about their lost lads, period. And that’s just not fair to good actresses like Basset, Arquette, and Huffman who can offer more. More than complaining over the a-bar. More than finger-wagging and other caricature qualities. 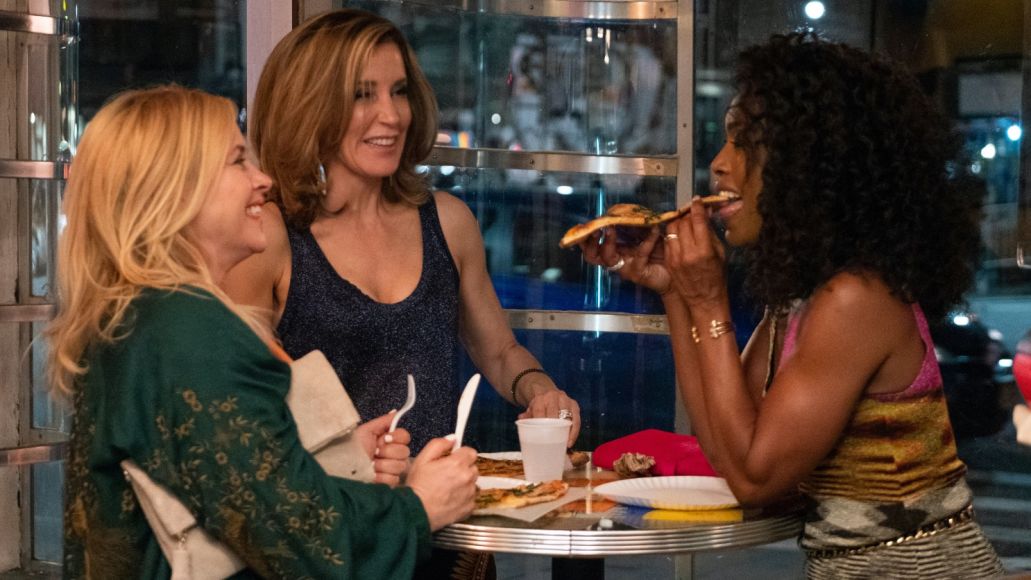 Movie Only a Mother Could Love: Otherhood seems a tad over-satisfied with its wacky scenario. On paper, this could be a top-flight pitch. You can hear it now. March of the Moms, directed by Nora Ephron or Mike Nichols, or whomever. Coming this Christmas.

Take the reasonably funny setup of Arquette’s Gillian breaking into her son’s street-level Bushwick apartment. She just wants her 29-year-old man-child to be a little less sad about a break-up. Naturally, a good dinner is what he needs. But he’s not home. And when Arquette discovers the window bars aren’t locked, she takes it upon herself to crawl in and reheat some leftovers. It’s a funny moment, but Otherhood doesn’t have the nerve to take an extra step beyond simply filming that moment, or make any distinguishing marks.

Could the cops be called? Could Gillian’s son have to respond to ADT? Could Gillian jokingly befriend the New York rat she sees when she comes in? If you get an A-lister and simply have them fall through the window at random, the joke’s not that great. That’s called a pratfall, and there’s millions of them. And again, this one does nothing special. Arquette stumbles, cooks, waits, and is left sad by her son. And much of the humor thuds like this. The aforementioned scene where Bassett watches her son return home with a teenaged model for sex? It comes off as neither silly nor outlandish. It’s cringeworthy. Animal House played this in 1978. Move on, or at least have something sharper to say about the idea.

One curious benefit to all this lumpy comedy and simple characterizations? The sons look like the biggest bastards from the jump. And that’s arguably the strongest quality here. As a film directed likely to an older set, Otherhood has no qualms with diminishing the boys. (The three gormless sons, by the way, are almost villainous in their stupidity and whininess. So actual moms, there may be a mild thrill in feeling vindicated by this movie. But the feeling is fleeting, fair warning.) It’s been a thing in Paul Feig movies of late. The refreshing lack of sympathy for male counterparts in hopes of giving female leads better air time. Granted, the leads are so-so here. But the pseudo-hazing of their sons feels A-Okay. 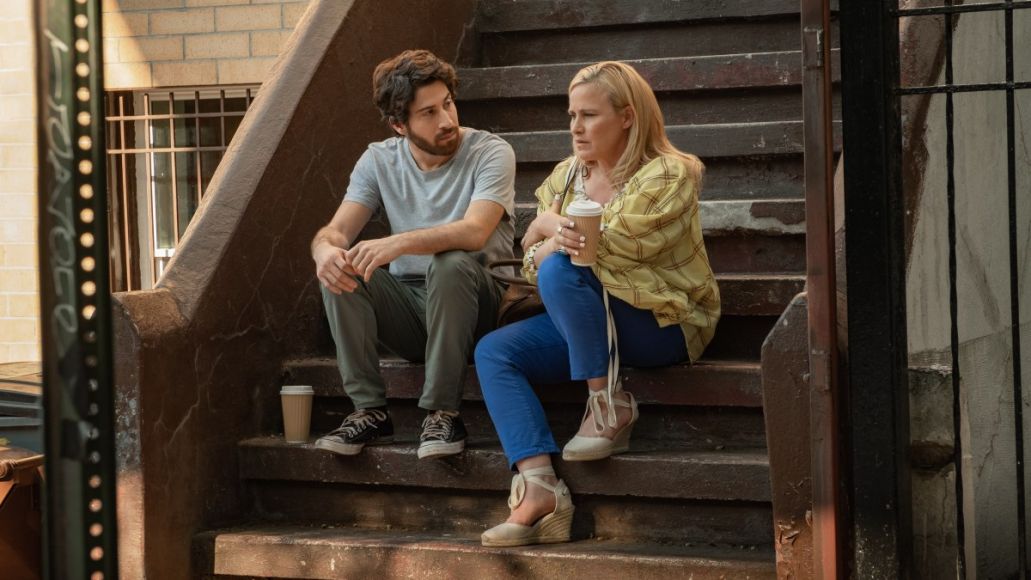 Verdict Sigh. Otherhood feels like such a wasted effort. In short, here, enjoy some more half-assed Netflix mush. Inattentively watch the content. Share trivia about each actress’s past plaudits and credentials (if you’re within earshot of another person on their phone). Bump the metrics. Get back to re-watching Parks and Recreation. Nominal laughs plus three reliable actresses equals the very mediocre Otherhood. Now streaming.

Film Review: Like an Empty Nester, Otherhood Has No Idea What to Do With Itself