Slash Ft. Myles Kennedy and The Conspirators are touring in support of last year’s Living the Dream album, and they brought their guitar-driven rock ‘n’ roll show to the Capitol Theatre in Port Chester, New York, on Wednesday night.

With the legendary guitarist firmly back in Guns N’ Roses, Slash and company stuck mostly with their original songs during the 21-song set, including seven cuts from Living the Dream, as well as tunes from previous albums World on Fire and Apocalyptic Love.

Slash also showcased songs from his pre-Conspirators self-titled 2010 solo album, including “Dr. Alibi” and “We’re All Gonna Die”, which were originally sung by Lemmy Kilmister and Iggy Pop, respectively, but on this night featured bassist Todd Kerns on vocals.

But, of course, the one GN’R cover that they performed — “Nightrain” — got a tremendous rise from the fans, as most of the audience sang along to every word with Kennedy.

Throughout the night, Slash was given his turn in the spotlight, especially on “Wicked Stone”, during which the iconic axe-man took center stage for an impressive extended solo.

(See Also: Slash on The Conspirators, GN’R, and AC/DC)

Opening the night were up-and-coming rockers Dirty Honey, whose retro ’70s vibe caught the crowd’s attention from the get-go. With only a self-titled EP released thus far, the band is already making waves at rock radio, thanks in large part to singer Marc LaBelle’s impressive vocals, which call to mind Steven Tyler and Bon Scott.

See our photos of Slash Ft. Myles Kennedy and The Conspirators, as well as Dirty Honey, below. The summer tour continues tomorrow night (August 3rd) in Prior Lake, Minnesota, and runs through an August 13th show in Orlando, Florida. Pick up tickets here.

You can also bring Slash’s live show home with you with the recently announced concert release, Living the Dream Tour, showcasing the band’s show at London’s Hammersmith Apollo. Pre-orders are available here.

Photo Gallery – Slash Ft. Myles Kennedy & The Conspirators and Dirty Honey at the Capitol Theatre (click to enlarge and scroll through): 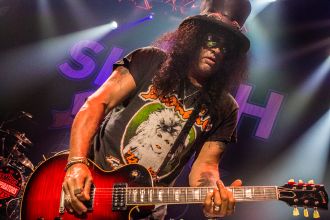 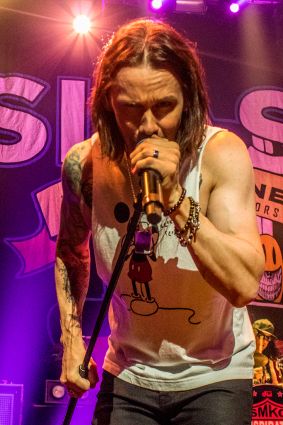 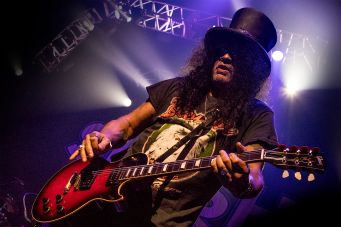 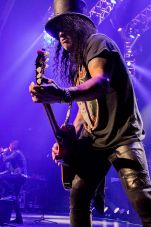 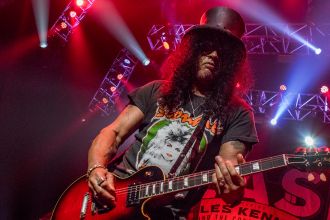 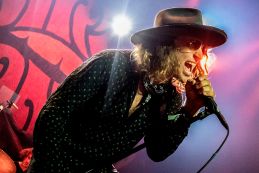 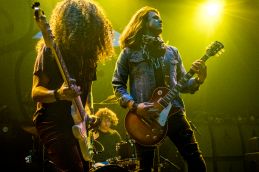 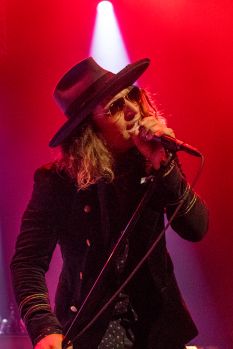 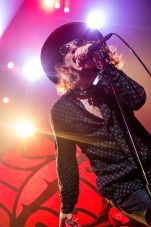 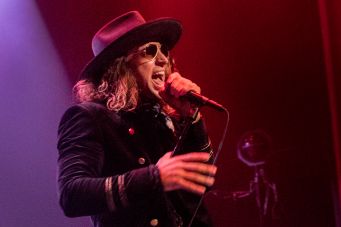 All Photos by Antonio Marino Jr.

Slash Ft. Myles Kennedy and The Conspirators Setlist:
The Call of the Wild
Halo
Standing in the Sun
Apocalyptic Love
Back From Cali
My Antidote
Serve You Right
Boulevard of Broken Hearts
Shadow Life
We’re All Gonna Die (lead vocals by Todd Kerns)
Doctor Alibi (lead vocals by Todd Kerns)
The One You Loved Is Gone
Wicked Stone (with extended guitar solo by Slash)
Mind Your Manners
Driving Rain
By the Sword
Nightrain (Guns N’ Roses cover)
Starlight
You’re a Lie
World on Fire