Korn are taking their live show to new mediums with the band announcing that they will play a virtual concert in MMORPG games AdventureQuest 3D and AdventureQuest Worlds.

Update 8/22: Watch Korn’s three-song in-game concert — featuring the band playing “Freak on a Leash”, “You’ll Never Find Me”, and “Rotting in Vain” — below.

The tasty bit of cross promotion aligns with the launch of the in-game Battle Concert Arena tomorrow (August 20th) at sundown ET, and Korn’s forthcoming album, The Nothing, out on September 13th. Characters will receive a “magical concert ticket” to attend the show, where they can pick up loot while battling monsters while the band plays.

“Get in the most brutal mosh pit ever and make video game history!” a press release stated. “The band will play onstage while you fight monsters, score loot, and hear a new song from Korn’s upcoming album The Nothing.”

The event is free to play and new players can also attend, as new characters will also receive the in-game ticket. A separate “event pack” can be purchased which includes Korn-branded in-game items such as a “backstage pass” where you’ll be able to take a selfie with your character and the band.

The game app is available via Google Play, Apple’s App Store or Steam on PC, with more information on available from the developer Artix here.

The real-life Korn are currently on a North American tour with Alice in Chains. Check out our live review and gallery of their recent Jones Beach, New York, show here. 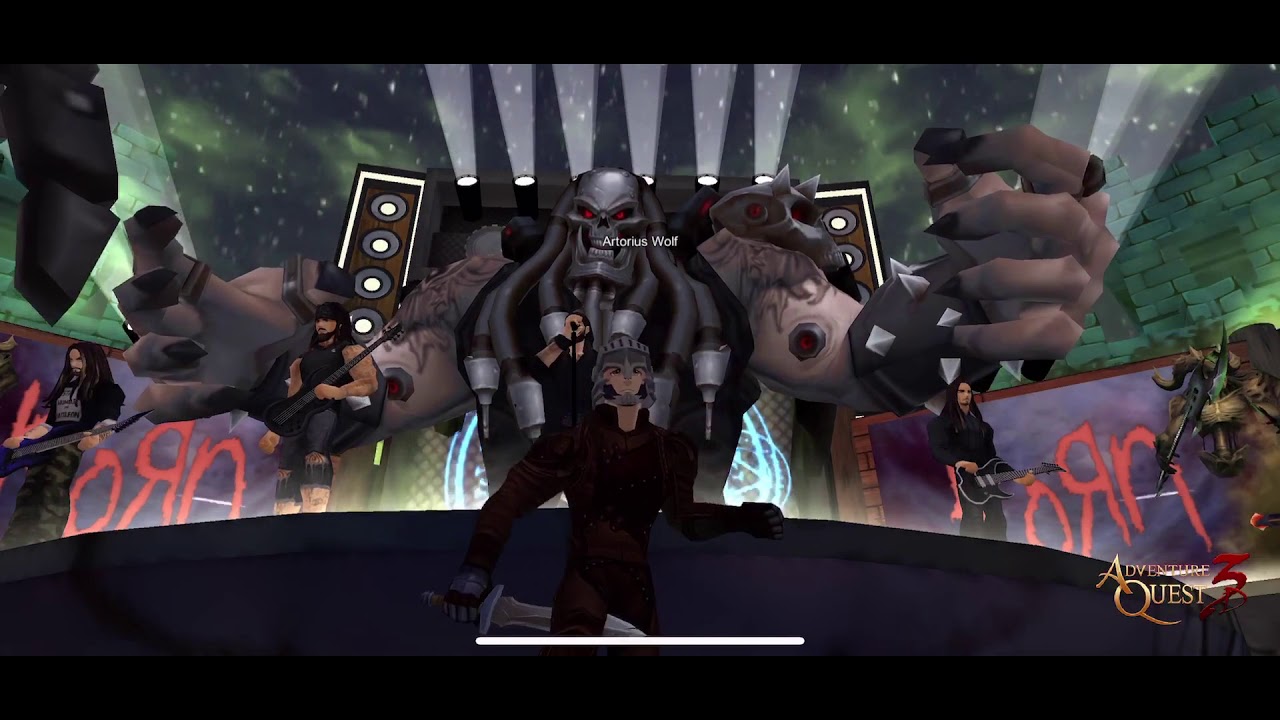 Korn to play virtual concert inside a video game [Updated]