With the performance status of Megadeth frontman Dave Mustaine uncertain for the band’s upcoming MegaCruise, fellow metal giants Lamb of God have been added to the bill in the second headliner slot.

While Megadeth are still listed as headliners, the band was forced to cancel all 2019 gigs, except for MegaCruise, when it was revealed back in June that Mustaine was battling throat cancer. The legendary thrash band is still listed as the headliner of their own cruise, but the extent of Mustaine’s participation is unknown at this time.

That said, the lineup for MegaCruise was already stacked, but Lamb of God certainly add a marquee name to the bill. The band is on a break after touring extensively with Slayer on the latter’s farewell tour, but have a couple of festival gigs lined up right before MegaCruise, including Aftershock in Sacramento, California, on October 11th, and Exit 111 in Manchester, Tennessee, on October 13th.

MegaCruise sets sail from Los Angeles, California, on October 13th, and since Lamb of God are scheduled to perform in Tennessee on the 13th, it could be assumed that they will board the boat on the 14th, when it docks at San Diego. From there, the cruise is set to hit Ensenada, Mexico, on the 16th and return to L.A. on the 18th. 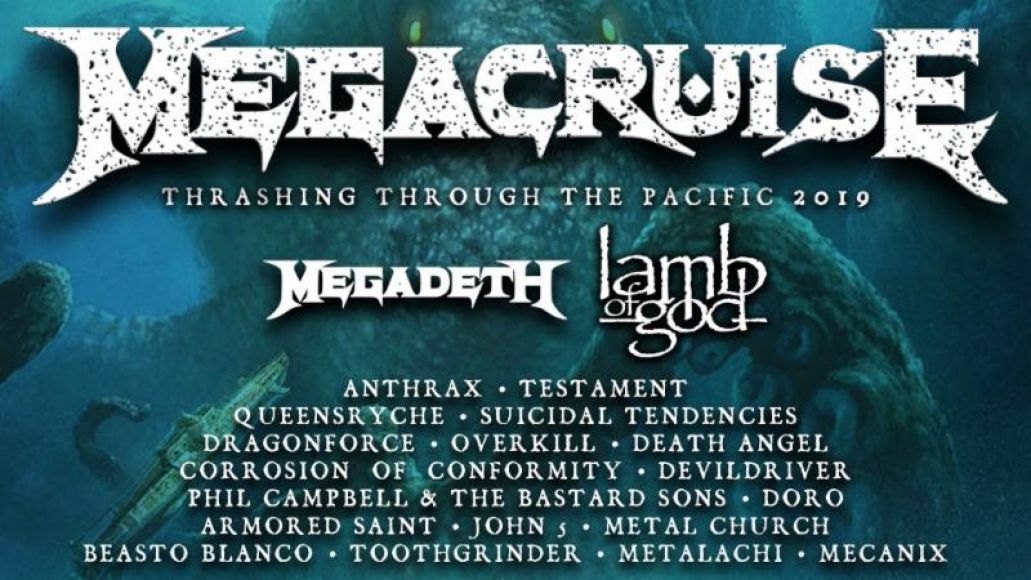