I’m Amazed: Live hiatuses aren’t the rarest of occurrences. Touring is hard, whether you’re in a van driving to 25 cities in 26 days or flying to meet your caravan of equipment trucks at 15 venues a month. So taking time off the road is a necessary course of action sometimes. But when you build your reputation as more of a festival-frequenting performing outfit than a producer of chart-topping records, any time away from the stage can feel like a lifetime. Which is why fans were so eager to see My Morning Jacket after a nearly two-year break.

Yes, there were the 2018 One Big Holiday gigs, but not everyone can fit a destination festival into their lives, even if you consider yourself a “biggest fan.” Some devotees were happy to fly out to catch both MMJ’s Red Rocks shows and last night’s concert at New York’s Forest Hills Stadium, though. As the jam band for rock fans who aren’t necessarily into jam music, it was guaranteed My Morning Jacket were going to make these shows memorable. In the end it was just a question of how much so.

The Way That He Sings: What it usually comes down to with acts like MMJ is the setlist. Fans are going to be there for anything that gets thrown at them, and a face-melting performance is just expected. So it’s what songs will actually be causing that countenance of blissful destruction that becomes prime import. On Saturday night, Jim James and co. put together a string of crowd pleasers that, while somewhat of a “dream” selection of favorites, lacked surprises. “Smokin’ from Shootin'” was perhaps the rarest track on the Evil Urges-heavy setlist, and that’s not one known for getting the crowd roaring. No one’s going to complain about hearing “Mahgeetah” — often a closer — coming in fifth ahead of “Evil Urges” and the wonderfully weird “Victory Dance”, of course. Simply, this was a concert meant to satisfy all those that have missed the group over the last few years, and that means sticking to the material that always connects. 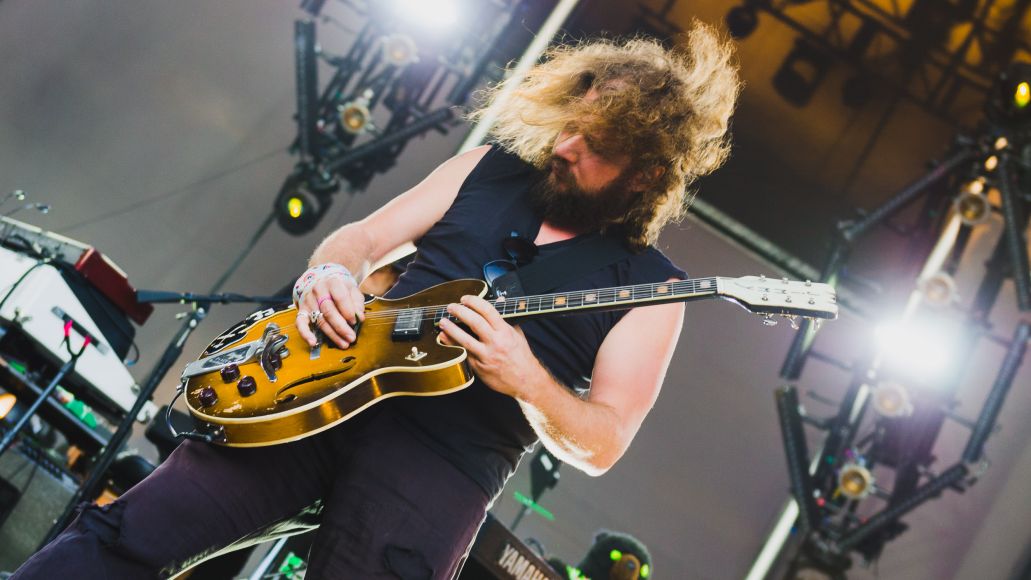 Smokin’ from Shootin’: One album that was completely absent from the setlist was Tennessee Fire. The band had celebrated their debut record with a full-album performance the night prior at Port Chester’s Capitol Theatre, and it was natural they’d want to leave those songs in that space to maintain the show’s uniqueness. In fact, it’s likely that gig that will earn greater veneration in MMJ lore. Most of that album is deep cuts, and each was extended with ridiculous, mesmerizing jams. Not to mention the surprises like the band’s covers of “Rocket Man” and “Tyrone”. The comparison may not be fair given the distinct nature of the two concerts, but it’s clear one is going to be discussed with more reverence.

Steam Engine: Which isn’t to take away from what was delivered at Forest Hills. The jams may not have been as epic, but when they came on songs like “Off the Record” and closer “Phone Went West”, they were equally impressive. No one locks in like guitarist Carl Broemel, bassist Tom Blankenship, drummer Patrick Hallahan, and keyboardist Bo Koster, and if you watch how they all play off each other, fitting their grooves within the others’, you observe the definition of great rock and roll. Especially when at the front is an alien like James, conducting the crowd’s vibes more than the music on “Laylow” or calmly pacing the stage as the band broke down “Off the Record”. The most purely pleasing moments came when they indulged in that sort of weirdness — or when they dished out the rare one-two of “Touch Me I’m Going to Scream Pt. 1” right into “Pt. 2” during the encore (even if they had to cut “Black Metal” to get there).

Off the Record: Jim James is known to be more peaceful than political, even when he addresses hot button topics. “Let’s all sing together. Let’s all sing for peace. Let’s all sing and pray for love, equality, togetherness. Let’s all look out for each other,” he said before the indelible third verse of “Wordless Chorus”. “Sing for peace. Sing for the refugees. Sing out against the gun violence. Sing out against the corruption. Let’s love each other.” A very Jim way of sharing a simple message, delivered with a very Jim earnestness, at the perfect time in the performance. 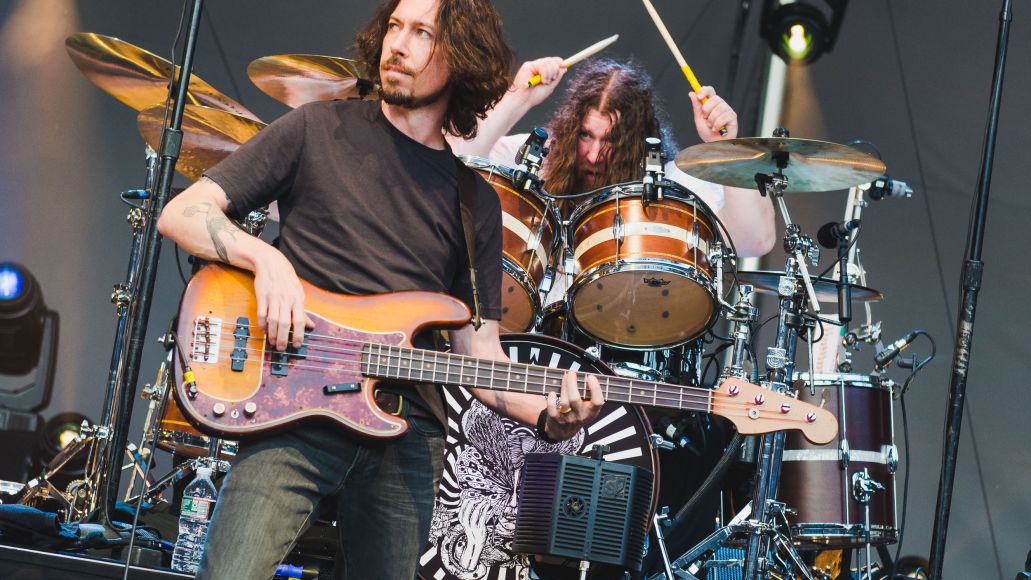 One Big Holiday: If you’d seen My Morning Jacket before, this likely wasn’t the best set you’ve witnessed. If you hadn’t seen them before, you likely left blown away by what others told you was but a “typical” performance. When standard is as great as this, you can understand why diehards are so anxious to see what’s next from these guys. This was ostensibly their last show for the foreseeable future, and though it surely satiated many an appetite, it’s hard not to hope for word on something more soon. Still, the live landscape wouldn’t be the same without MMJ, so if you can only get them for a few nights a year, you’re damn sure going to take it — and happily so.