Thursday, aka August 29th, was Judgment Day. Or, it would’ve been in 1997 had Sarah Connor and the gang not saved the world in Terminator 2: Judgment Day. Alas, they did, and Paramount is now celebrating our survival with a new trailer for Terminator: Dark Fate.

As we previously saw in the first trailer earlier this summer, the action revolves around the two female leads: our lord and savior Sarah Connor (Linda Hamilton) and her new robot-human hybrid pal Grace (MacKenzie Davis). Together, they’re staving off our next “dark fate” as they fight a new killer machine dubbed Rev-9 (Gabriel Luna) that’s targeting a mysterious young woman (Natalia Reyes).

Dark Fate picks up directly after Terminator 2: Judgment Day with a story conceived by original series creator James Cameron and a team of writers that included The Dark Knight’s David S. Goyer. In other words, you can skip 2003’s Terminator 3: Rise of the Machines, 2009’s Terminator: Salvation, and, woof, 2015’s Terminator: Genisys. 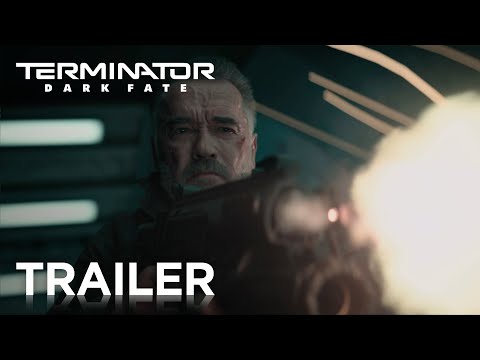 Let’s not forget, the film will see original stars Arnold Schwarzenegger and Edward Furlong return for what appears to be a new beginning for this post-apocalyptic series. As of publishing, there’s word if Guns N’ Roses will also return to conjure up 1991.