Most dedicated Bon Iver fans know the story behind the band’s debut album, For Emma, Forever Ago. Frontman Justin Vernon isolated himself in a cabin in wintry Wisconsin after his previous band, DeYarmond Edison, broke up. Vernon and his girlfriend had also split, and on top of it all, he was facing severe health issues with his liver. He needed a change of scenery, so he left Raleigh, North Carolina, for his home state. He took with him a microphone, a guitar, and some simple recording gear. Vernon’s first musical venture as Bon Iver is equally simple. For Emma embraces the reclusive environment that the record was made in, conjuring imagery of snowfall outside of a cabin window and candlelight piercing the dark indoors. Its focus on songwriting makes it one of the most memorable albums of its decade. There’s such little ornamentation that you focus on Vernon’s hushed guitar chords and his vivid, poetic lyrics.

The acoustic guitar that defined Vernon’s early days with Bon Iver is mostly absent in his latest endeavor, i,i, surprise-released late last week. He’s traded his old sound for modular synthesizers and electronics. But this shift in style has anything but hindered Vernon’s gifts as a songwriter. He’s consistent as an artist in terms of quality, but he’s always changing his creative approach. The toolbox he works with is different with each record, and it’s why each Bon Iver album is so distinct from one another. In the past 12 years, Vernon has gradually undergone a monumental evolution from a reclusive folk musician to an ambitious experimentalist.

(Album Review: Bon Iver Unite Their Many Musical Loves on the Breathtaking i,i)

What’s unique about Vernon’s musical metamorphosis is that, not only is it drastic, but each of his styles borrows from another. Bon Iver’s sophomore album, Bon Iver, Bon Iver, paved the way for 2016’s 22, A Million. The albums sound nothing alike, but the former smooths the transition from indie-folk to glitchy Auto-Tune. Every album depends on another’s existence. Nothing Vernon creates exists in isolation. Instead of conforming to a single genre, he extends his work beyond the boundaries and expands those boundaries as a result. He isn’t daunted by limitations, but rather he sees them as artistic opportunities. His manipulation of the human voice is partially why rapper-producer Kanye West has cited Vernon as his favorite living artist. 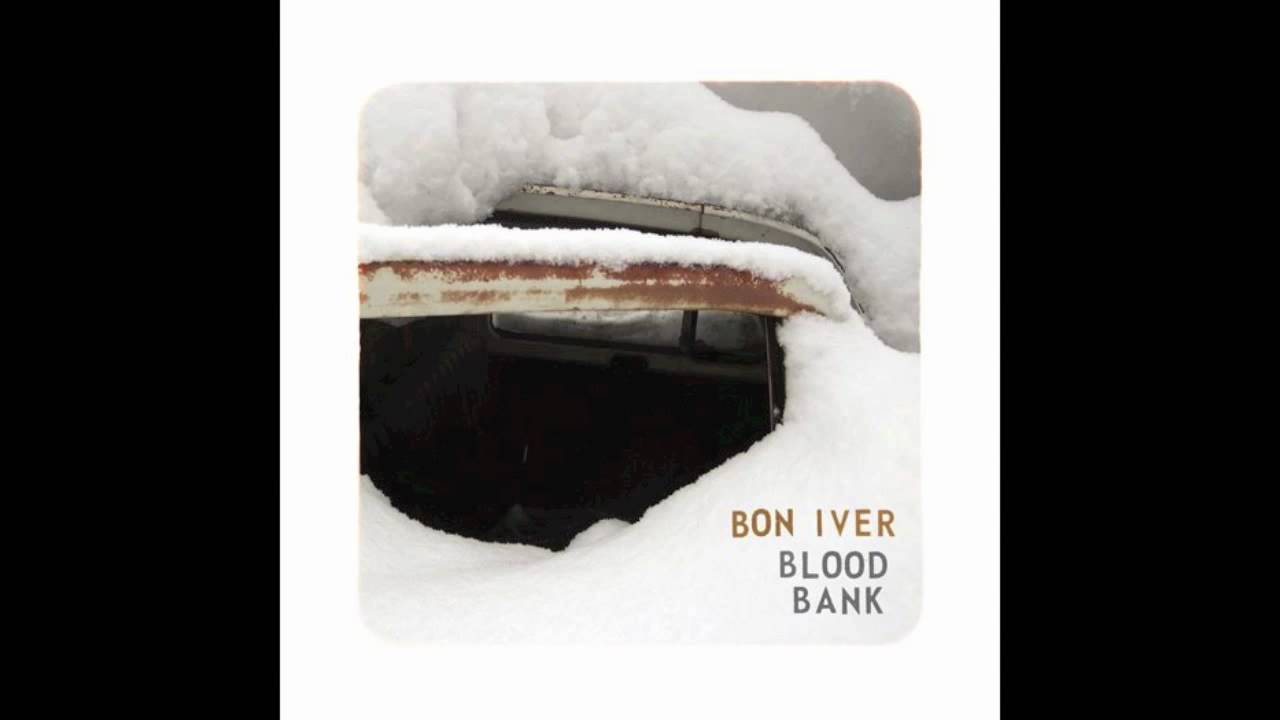 Although Vernon began moving past For Emma’s coffee-shop tendencies with Bon Iver’s self-titled record, the process started before that LP. Vernon had two 2009 releases, one of them being Bon Iver’s Blood Bank EP and the other being Volcano Choir’s debut album, Unmap. Blood Bank shares many similarities with Bon Iver’s debut, some of them being the EP’s frosty atmosphere and straightforward compositions. However, the fourth track, “Woods”, sets itself apart. Though Vernon briefly experiments with Auto-Tune for “The Wolves (Act I and II)”, he dives deep into it with “Woods”, which is composed solely of his voice. His vocals undergo heavy processing, unlike the unadulterated vocals heard on previous Bon Iver songs. In a way, “Woods” was the precursor for “715 – CRΣΣKS”, which wouldn’t be released for another seven years. As mentioned previously, Kanye West greatly respected this form of songwriting. Specifically, he’s talked about how much he loves “Woods”, and the song became the focal point of West’s own “Lost in the World”. It was on Blood Bank that we first saw a glimpse of what Bon Iver would later become.

Later that year, his side project with Collections of Colonies of Bees, Volcano Choir, released their debut record, Unmap. Though released under a different name, Unmap could be a Bon Iver album in its heavy foreshadowing of Bon Iver. Even without listening to the record, “Island, IS” insinuates the thematic content of Bon Iver’s self-titled LP. “Island, IS” shares common ground with tracks such as “Hinom, TX” and “Minnesota, WI” because it suggests a place. It may not actually exist, but the implication of an unknown, imaginary location is part of the magic of Vernon’s music. On an instrumental level, Unmap expanded Vernon’s tool set by being more free-form than the structures of For Emma. The same thing happened with another of Vernon’s side projects, Gayngs, which includes members of Poliça and Doomtree. Their first and only album, Relayted, is experimental in structure and instrumentation. 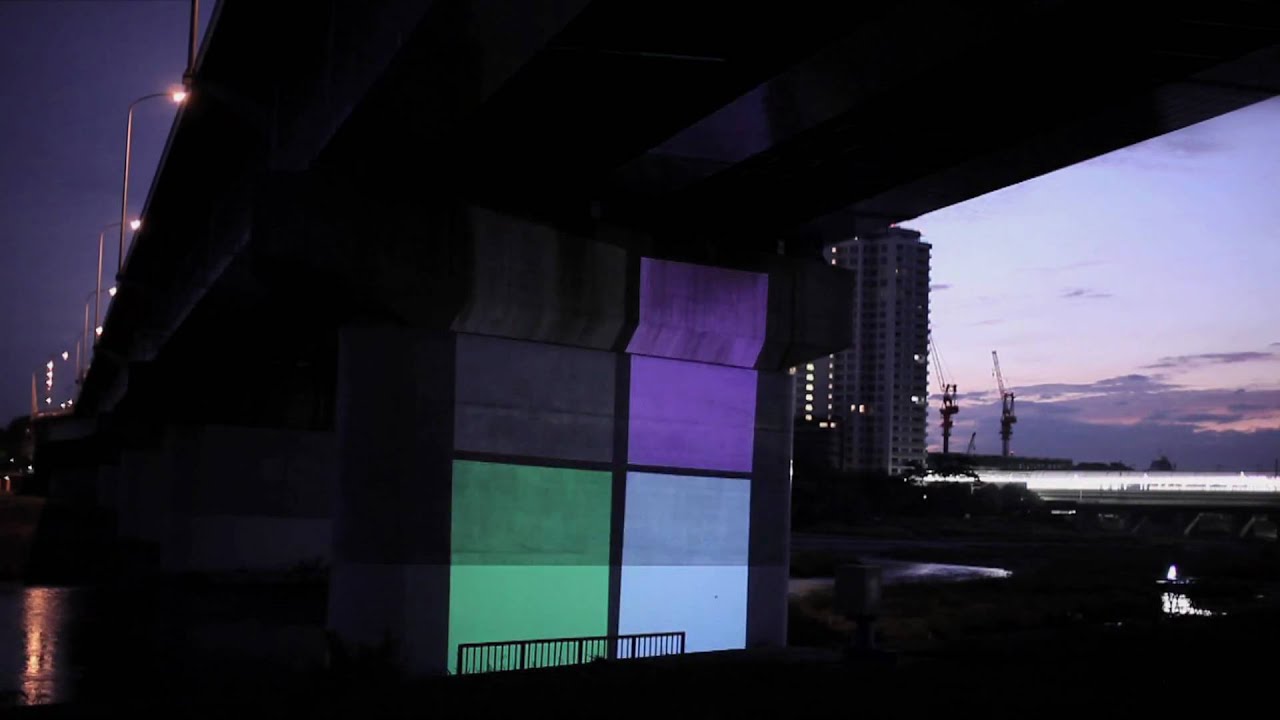 Four years after For Emma’s release, its anticipated follow-up arrived. This is much grander and more cinematic than its predecessor, and it tells us as much with the opening track, “Perth”. The song pushes and pulls you like an ocean tide, quieting itself in the verses and opening into a spacious burst in the chorus. It all builds into a catharsis during the bridge with heavy drums and melancholic horns. Bon Iver had never sounded this formidable before, but the band’s second album demonstrated that Vernon and crew were aiming for something bigger.

Synthesizers are more prominent this time around as well. They’re not the centerpiece of the album, but they play a more pronounced role than in For Emma. The break in “Minnesota, WI” uses metallic synths and drums to add variety and contrast itself from the finger-picking heard earlier in the song. But that’s not to say that Vernon’s folksy origins are entirely gone. The absolutely gorgeous “Holocene” recalls the secluded nature of the band’s debut but develops it with saxophones and vibraphones. Closer “Beth/Rest” incorporates ambient synth pads and a slightly distorted guitar solo, augmenting the somber attitude of the song. It’s why Vernon himself cried when making it.

Lyrically, Bon Iver became less direct and more impressionistic on their self-titled record. “Honey in the hale could fill the pales of loving less with vain/ Hon’, it wasn’t yet the spring,” Vernon sings on “Michicant”. Although Vernon’s lyrics allow for a wide range of interpretations, the four seasons have always been a recurring motif. Even the music itself is fitting for particular seasons, such as the glacial winter of “Hinom, TX” or the colorful autumn of “Towers”. It comes as no surprise that a press release for i,i designates a season for each Bon Iver record. Even the name Bon Iver stems from the French phrase bon hiver, which means “good winter” in English. Vernon’s music has always paired perfectly with temporary scenery, and though the aforementioned press release pins Bon Iver as the spring album, the record conveys a range of seasonal sentiments.

Following the self-titled album was Volcano Choir’s second record, Repave. Although Repave is atmospheric indie rock, it’s the most recent album where Vernon hasn’t delved into avant-garde electronics. The album opens with a finger-picked acoustic guitar on “Tiderays”, as does the track that follows it, “Acetate”. It’s far more similar to Bon Iver’s second album than it is to 22, A Million. It’s partly why 22, A Million felt so bizarre at first listen. Listeners expected a traditional Bon Iver record, but were instead treated to sampling, processing, and synthesizers. The main instrument Vernon used to create the record was Teenage Engineering’s OP-1, a tiny but powerful synthesizer capable of producing nearly incomprehensible sounds. The OP-1 is the first thing you hear on 22, A Million, with Vernon singing, “It might be over soon” into the synth and manipulating his voice through its controls. His new work garnered the attention of hip-hop artists such as Vince Staples and Chance the Rapper, both of whom Vernon went on to produce tracks for. 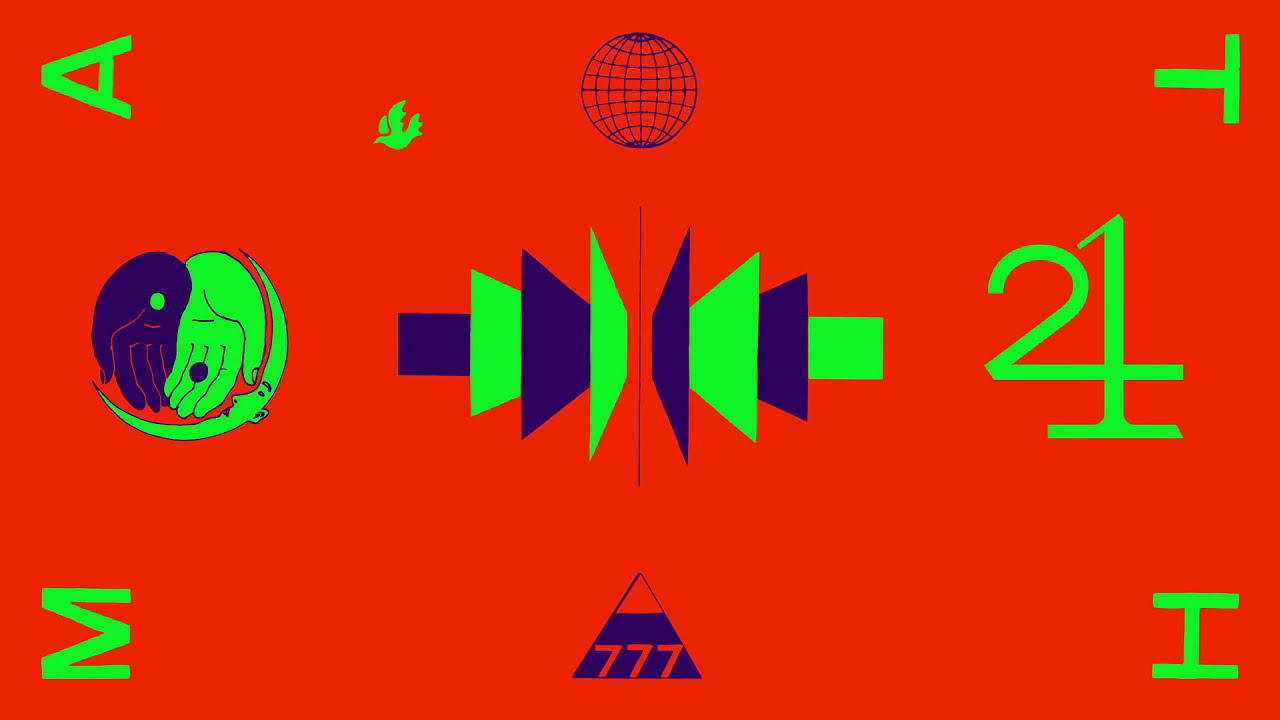 Before releasing the full record in the fall of 2016, Bon Iver shared a handful of songs. Through the titles of these songs alone, fans knew that this album was going to be weird. Long gone were the chords and songs of failed relationships, and in came cryptic, numerically titled pieces that ranged from the laborious, distorted drums of “10 d E A T h b R E a s T ⚄ ⚄” to the formless abstractions of “21 M♢♢N WATER”. 22, A Million is innovative in every degree, as it saw Vernon experiment with entirely new tools and instruments that would have been unimaginable on previous records. His project with The National’s Aaron Dessner amplifies the strange nature of 22, A Million on their self-titled debut, Big Red Machine. These songs are even more arcane, and a handful of them clock in at over five minutes. It’s a combination of 22, A Million and The National’s 2017 album, Sleep Well Beast, but it borrows only the unconventional aspects of each.

Because of the gradually increasing levels of experimentation in Vernon’s compositions, many expected i,i to be equally, if not more, unorthodox. But instead of veering even more toward eccentricity, i,i is more direct. It merges all of Vernon’s sounds into one. “Faith” takes the superb songwriting of Bon Iver’s debut and combines it with the synth-heavy explorations of 22, A Million. “Sh’Diah” blends the saxophones of “22 (OVER S∞∞N)” with the ambience of “Michicant”. It could be why Vernon has said that this record is his most complete. It’s the culmination of all Vernon has done in his musical career, and in that way, it signifies the end of a chapter. But the end of a chapter doesn’t indicate the end of Vernon’s journey as an artist. He always defies expectations, but never to a detriment. He’s shown that evolution is an integral part of artistry, and with each album, he redefines not only himself, but what it means to be an artist.