Each week we break down our favorite song, highlight our honorable mentions, and wrap them all up with other staff recommendations into a New Sounds playlist just for you. Be sure to subscribe here. This week’s top song is Angel Olsen’s “All Mirrors”.

Angel Olsen is a master of different guises. It seems each one of her albums is another opportunity for us, as listeners, to shift our prior perceptions of her. Each new album is an evolution — whether musically or conceptually — that (so far) somehow manages to top its predecessors.

“All Mirrors” is the title track off Olsen’s upcoming fourth record, and based on it alone, we can sense that what’s to come is going to be a much grander statement than anything that came before it. The ominous string arrangements echo with a heart-wrenching swell where each pluck can be overwhelming, and it takes a few listens to move past the initial emotional reaction and appreciate everything else that’s present. The track has a synthy pulse right through and feels like a sound that’s never been heard before. 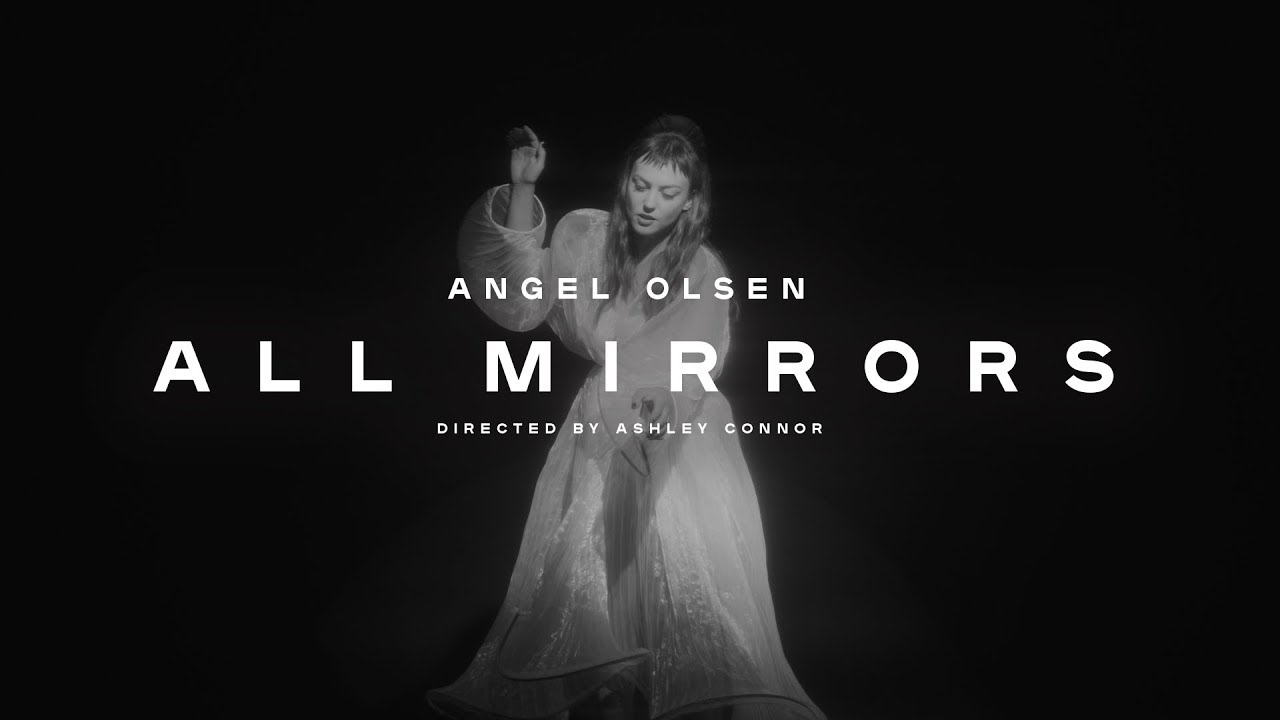 “All Mirrors” centers on a single vocal melody that loosens and tightens throughout. Olsen’s delivery adds to the exasperated emotional heaviness and includes glimmering layers within it, each one more precisely composed than the previous. However, the common thread within these layers is the deceptively dark plea for uniformity within the composition and the track’s cryptic lyrics — words that you can feel are part of a bigger story that hopefully unfolds across the rest of the record.

The accompanying music video shows Olsen succumbing to a void of demon-like hands, undergoing a transformation, and locking eyes with variations of herself in the mirrors that are seemingly trapped in some smoky, alternate reality or perhaps different moments of her timeline. In the chorus, she alludes to these ever-changing versions of herself when she sings, “At least at times it knew me,” and if that doesn’t send you into an existential crisis or make you painfully aware of the human condition and the passing of time, I don’t know what will.

Iggy Pop has released the second single from his forthcoming 18th studio album, Free (due Sept. 6th). Like its title track predecessor, “James Bond” is a stylistic shift for the rock star. The track is dominated by Leron Thomas’ magnetic trumpet work and also features vocals from Laure Vern from the British band PINS. In a press statement, the iconic Stooges frontman said this about the track: “I don’t know what she’s up to exactly, but the tables seem to be turning, and she’s taking over. Well, why not? I’ll try anything once. I’ve never had more fun singing a lyric. Faith’s reading is so loaded, and Leron’s production and trumpet along with the band swings like crazy.” –Samantha Lopez

Friday marked the arrival of Immunity, Claire Cottrill’s full-length debut as Clairo. Just over three months ago, Cottrill came out as not straight in an interview with Out Magazine. “Sofia” finds her candidly proclaiming her feelings for and to another girl. “You know I’ll do anything you ask me to/ But, oh my god, I think I’m in love with you,” she sings in the first verse. Chipper percussion anchors the tracks momentum while sunny, distorted guitar swirl around under Cottrill’s voice. –Sean Lang

Earlier this summer, the southern rockers announced a deluxe reissue of their 1999 debut, The Tennessee Fire. The reissue is said to include an entire second disc of “unreleased and unheard lost songs, demo outtakes, alternate versions and more,” rounding up to 16 songs total. This past week we were graced with one of them. The bombastic framework of “John Dyes Her Hair Red” is a stellar track to showcase just how the band has evolved with their sound. The track is a heavily lo-fi, psychedelic pop jam. The Tennessee Fire is probably the least arena rock-y of their albums, consisting of more rough, lo-fi recordings, so it’s no surprise some of the outtakes/unreleased tracks would be even more out there. –Samantha Lopez

It’s now been over four years since Mikal Cronin’s last proper full-length. This past week, he announced his new album, Seeker, due October 25th. Leading single “Show Me” is an ode to the feeling of being unmoored and directionless. “Feeling like a fool here alone/ Show me where to go,” Cronin croons over folk-rock guitars on the chorus. There’s a comfortable ebb and flow to “Show Me”, which comes to an emotional head just past the song’s halfway mark with an exuberant barroom piano solo. –Sean Lang

Click ahead for more song picks and our exclusive playlist.

Top Song of the Week: Angel Olsen Shares Latest Reflection in "All Mirrors"