The Pitch: It’s 1986 and a new dawn for the Gorgeous Ladies of Wrestling as Bash Howard Productions moves to Las Vegas for a three-month floor show at the Fan-Tan Hotel and Casino, under the auspices of entertainment director (and former showgirl) Sandy Devereaux St. Clair (Geena Davis).

However, they’re met with bad fortune from day one: their opening night happens on the day of the Challenger explosion, throwing everyone’s confidence into doubt and amplifying already-simmering tensions, from Debbie’s (Betty Gilpin) confidence as a producer to the fissures growing in Bash (Chris Lowell) and Rhonda’s (Kate Nash) sham marriage.

While their show becomes a smash hit on the Strip, the ensemble — including ambitious actress Ruth (Alison Brie), budding romantic partners Arthie (Sunita Mani) and Yolanda (Shakira Barrera), Sheila (Gayle Rankin), Tammé (Kia Stevens), Carmen (Britney Young), and the rest — struggle with the inevitable risks of getting stuck in a rut and the way their line of work breaks down a body. Still, no matter how many times they get knocked down, they still find a way to get back up before the count is out. 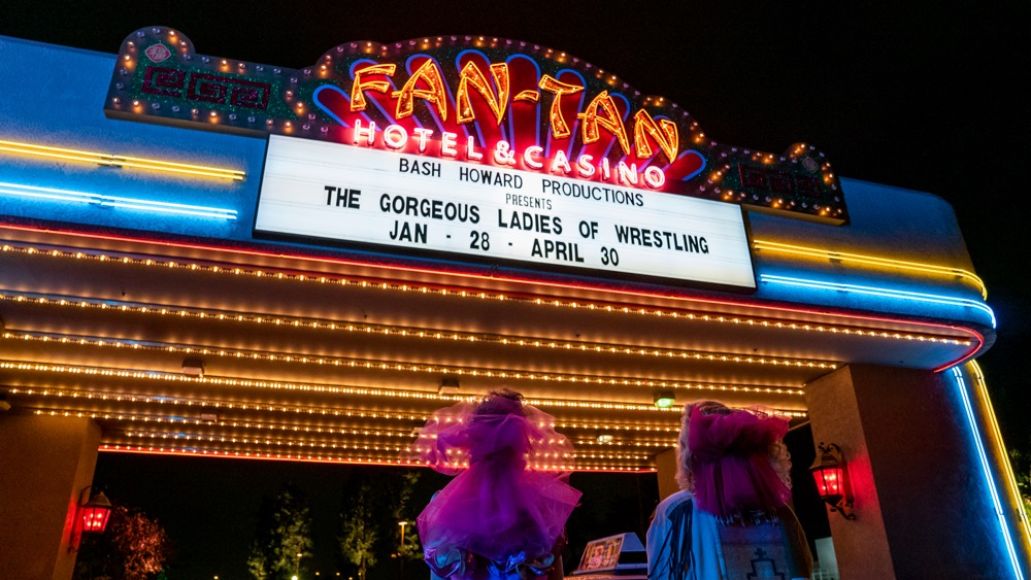 Viva Las Vegas: With Season Three and the move to a new locale, Jenji Kohan’s other messy-but-great Netflix show about the resilience of women in systems designed to break them down finds new ways to reinvent itself. It doesn’t all work — the sheer size of the ensemble means that many of the characters get lost in the shuffle — but the new setting makes for a wonderful change of pace and an inventive backdrop on which to hang our heroes’ recurring problems. On one hand, Vegas provides a new start, a step up for their careers; on the other, it’s a cruel town full of cutthroat competitors and labels too easily applied.

The few moments of solace found are in the growing solidarity of the G.L.O.W girls themselves, and outside players like drag queen Bobby Barns (Kevin Cahoon), who helps guide them through business troubles and a shocking homophobic stunt late in the season. More than ever, GLOW focuses on the women behind the wrestlers, which is a good thing: as beautifully prickly as Marc Maron is, GLOW was threatening to become the Marc Maron show, leaving the women it’s meant to empower in the dust. Season Three attempts to correct this … to relative success. 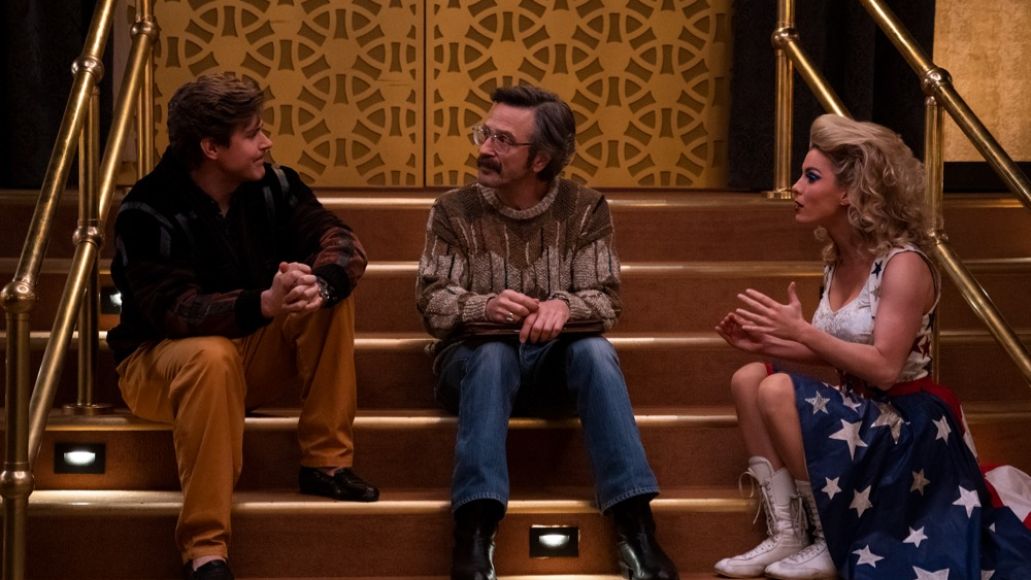 On the Ropes: With these new climes come new challenges, and the Vegas setting further reinforces the social and interpersonal pressures that beset the ensemble this season. Obsolescence is the name of the game in Season Three: Both Ruth and irascible director/producer Sam (Maron) bristle against the greater talents of younger people. For Ruth, it’s the discovery that Sheila (Gayle Rankin) is a better actress than even she might be; for Sam, it’s banging his head against a typewriter to crank out a screenplay only to have daughter Justine (Britt Baron) show him up with a brilliant script of her own.

Some characters weather it better than others — while not incorporated into the season as organically as one would like, Davis’ Sandy is a delightfully seasoned counterpoint to the wide-eyed ambitions of the G.L.O.W. girls. A former showgirl, she understands the pressures of sacrificing your body for years and years on end for the sake of entertainment and does her best to roll with the punches as her own style of entertainment dies out. 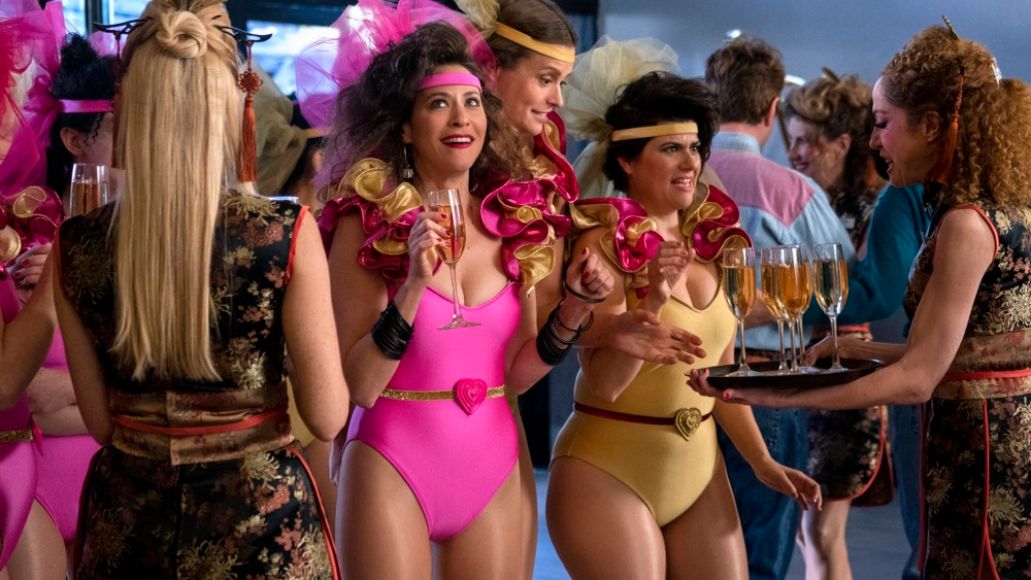 Double Team: While the season as a whole has its ups and downs, a pair of episodes mid-season prove some of the series’ best. “Freaky Tuesday” and “Outward Bound” serve as a beautiful mid-season break to check in with the women behind these over-the-top characters, giving service to some of the season’s most underserved supporting characters. The last-minute decision to switch their characters one night, bored by months of breaking their backs on the same routines, brings out conflicts and conversations about the racially-charged nature of many of their personas during a retreat to the wilderness.

The bleak nature of the Vegas desert provides a perfect backdrop to reflect on their personal and professional failures and find common ground among shared trauma. Sure, it can feel a little after-school special, but after the first half’s slow building of tension, these episodes serve as a welcome release valve for all the respective traumas they don’t even know they share. Whether it’s Ruth’s melodramatic feelings of failure, or Jenny (Ellen Wong) and Melanie (Jackie Tohn) unexpectedly bonding over their memories of the Cambodian killing fields and the Holocaust, respectively, GLOW seems uniquely concerned this season with bringing new layers of complexity to their supporting cast. 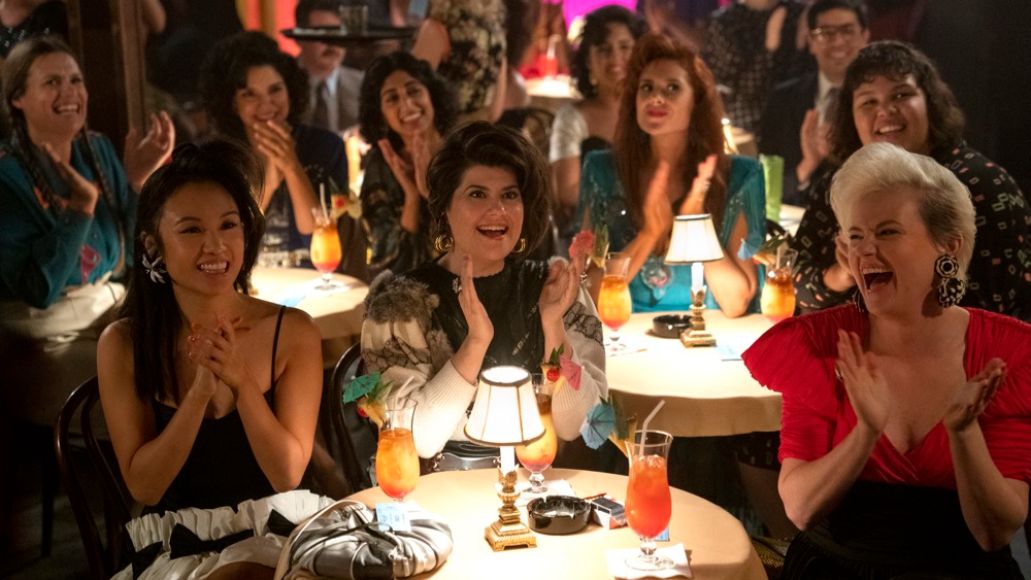 The Verdict: While it shows some world-weariness of its own, GLOW is refreshingly self-aware of its own shortcomings, and rolls them into the series itself. You can feel the wear and tear on Kohan and show creators Liz Flahive and Carly Mensch’s creative juices as they, like the characters, try to shake things up and reevaluate their priorities. In doing so, GLOW manages to shake things up, recenter its fierce cast of amazing women, and interrogates their choices and biases in ways that need to happen this far in a show’s run. Sometimes, all it takes is a trip to the desert to clear your head, shake up your persona, and come back better than ever.

Where’s It Playing? The third season of GLOW steps into the ring on Netflix August 9th.