The Pitch: In 1941, a community of Japanese fishermen and their families live on Terminal Island, a large artificial island off the California coast under control of the US military. Included among them are the Nakayama family – grandfather Yamato (George Takei), patriarch Henry (Shingo Usami), matriarch Asako (Naoko Mori), and Chester (Derek Mio), the American-born oldest son. Chester, his pregnant girlfriend Luz (Cristina Rodio), and the community are being haunted by Yuko (Kiki Sukezane), a ghost from traditional Japanese folklore, who’s interested in Chester’s progeny.

The American dream changes drastically following Pearl Harbor as the residents of Terminal Island are relocated to internment camps, stripped of their possessions, and repeatedly forced to prove their allegiance to the US. As WW2 carries on, Chester and his family must find a way to survive the racism and prejudice of the concentration camp presided over by Retired Major Bowen (C. Thomas Howell), but also a spectre with the ability to manipulate and murder her victims.

A New Terror: Narratively speaking, Infamy is a distinct pivot away from its debut season. Whereas the first run was a moody creature feature about shipwrecked British officers and their descent into madness, Infamy is a somber, matrilineal ghost story that meditates on generational trauma through a Japanese family. Even so, there are enough similarities between the two, namely in production values and tone. 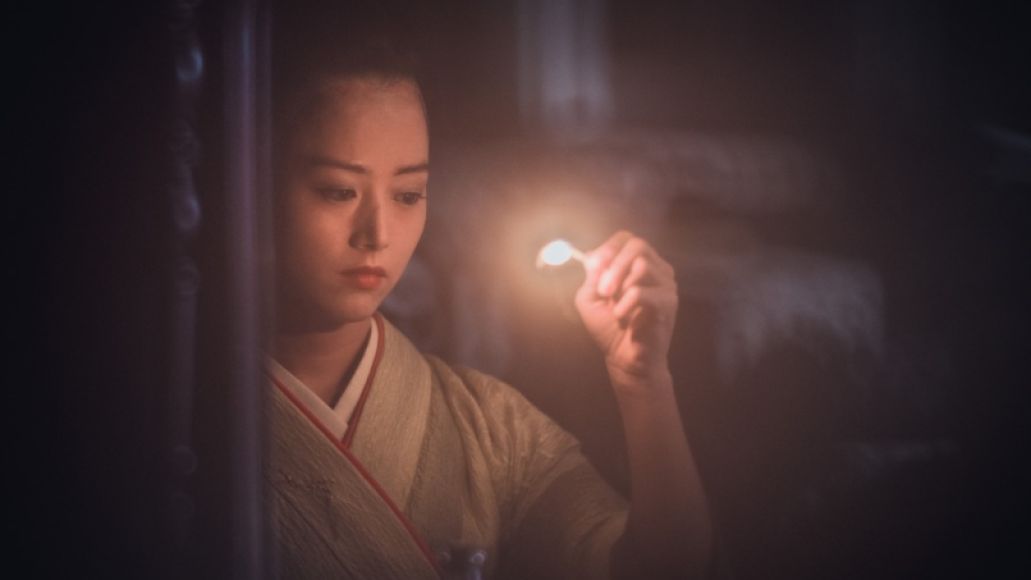 Once again, The Terror dedicates ample resources to the authentic recreation of multiple historical settings, specifically Terminal Island, the race track where the prisoners are relocated, and, eventually, the Colinos De Ores internment camp. What’s more, Infamy adopts a similarly deliberate pace and tone as the original with action spread out over several years. And while there are several unsettling and visually arresting sequences, the series remains more interested in its human villains than its mystical ones.

Family Drama: Infamy juggles a number of plates throughout its first five episodes. In addition to establishing the historical elements that led to the creation of the camps (which is unnervingly timely given what is happening at the US border), there’s a strong focus on exploring the generational divide within Japanese families.

This is exemplified in the relationship between Chester, an aspiring photographer who desperately wants to explore the world, and his father, a fisherman who has lived on Terminal Island for decades whose greatest accomplishment is owning his own vehicle. Issues of familial shame, respect for elders, and secrecy all play into the way the community acts and reacts to their new way of life.

These elements alone provide enough dramatic weight to propel the season, but there is also Yuko, the Yurei — the mysterious spirit from Japanese folklore — to contend with. 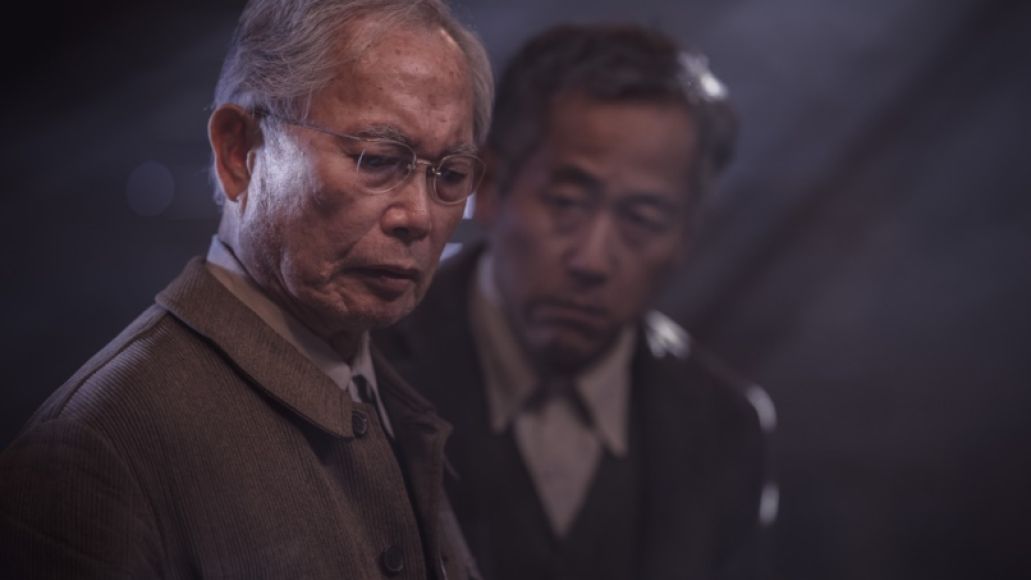 Ghost Stories: Yuko is presented as a beautiful woman whose youthful vitality is a veneer that hides her decaying visage. Not only does she have the ability to appear wherever she likes, but she can also manipulate her victims both physically (the sound design for their cracking bones is extremely unsettling) and mentally (she compels her victims to commit suicide). And although she’s particularly invested in Chester’s unborn child, her motives on the whole are the subject of a great mystery.

Just like the polar bear in Season One, Yuko is both a threatening supernatural entity and a symbolic representation of the human drama. She differs, however, in one significant way: Unlike the bear, Yoku is verbal. In this way, she’s much more of a character, complete with desires and ambitions that she can espouse. The result is both a deeper engagement with the character, as well as less mystery, though the payoff is huge in the structurally unique sixth episode that is explicitly dedicated to Yoku’s backstory. 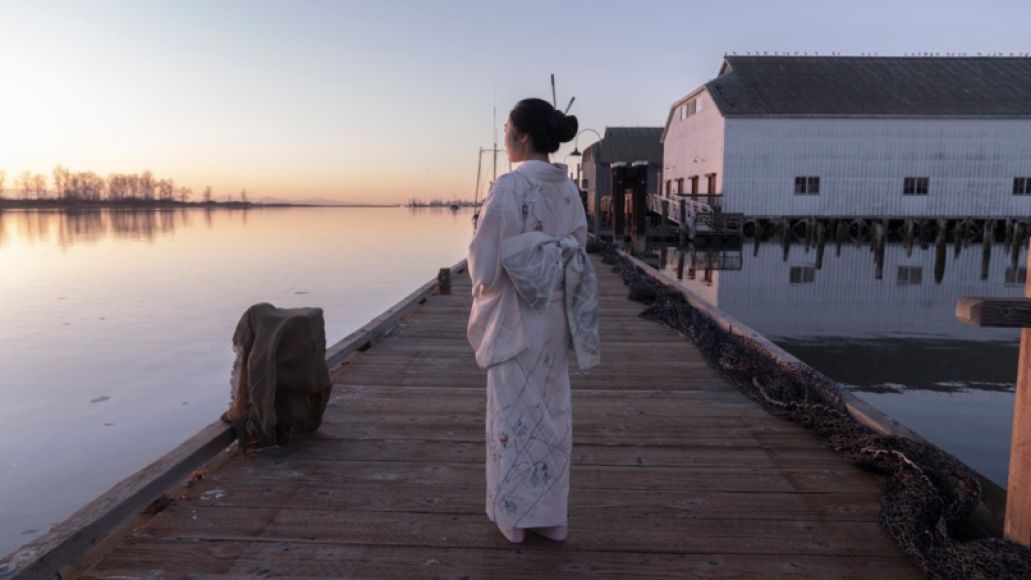 History Repeating: By changing the subgenre from creature feature to ghost story, Infamy shifts the nature of its terror. Season One trafficked in set pieces that offered unexpected jolts of horror when the creature attacked. Yoku, in contrast, is far more present, lurking on the periphery of the camp and regularly interacting with characters, particularly Luz, to whom she acts as a midwife. The trade-off is that there is less uncertainty and mystery of what is to come.

The power of Infamy lies not in wondering what is to come, but rather in the dread of already knowing. The historical time period, in particular, lends the opening episodes an uneasy weight and gravity. Consider the strategic way that the first two episodes end: The premiere closes on a reveal of Yuko, whereas director Josef Kubota Wladyka wraps up episode two with a beautifully ominous crane shot that reveals the size and scope of the camps — with the star-spangled banner flapping prominently in the foreground. 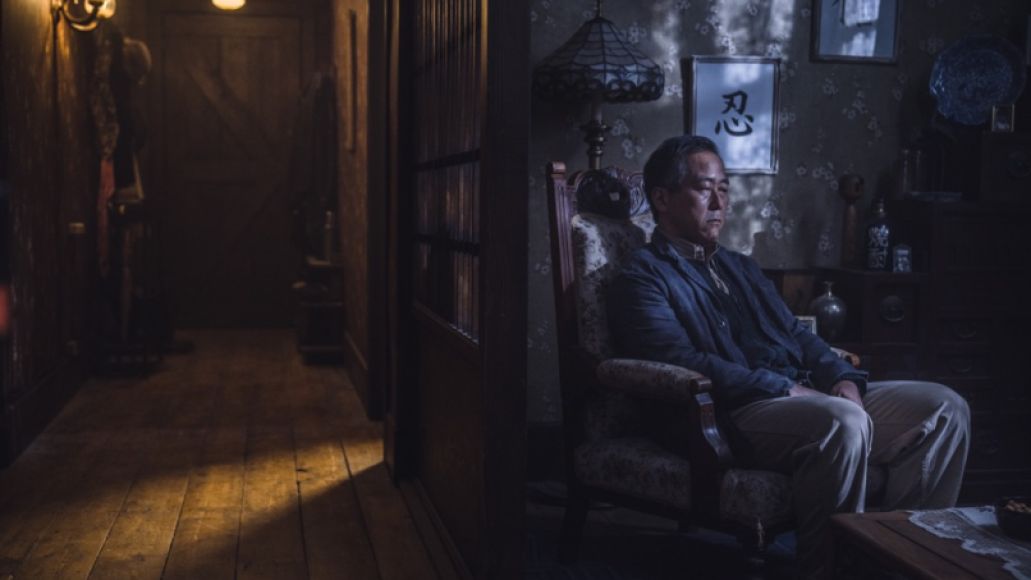 The Verdict: While it’s not as “traditionally” scary as Season One, The Terror: Infamy is far more emotionally powerful and, sadly, timely and relevant. The well-balanced mix of family melodrama, ghost story, and politically astute historical commentary makes for captivating viewing, as does the high production quality and great character work. 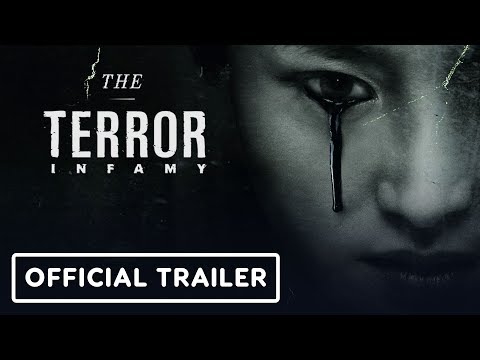 TV Review: The Terror: Infamy Dusts Off the Horrors of Japanese Internment Camps for Trump's America