Pull up that Thinking Chair, because Nickelodeon will premiere its new Blue’s Clues reboot, Blue’s Clues & You!, this fall. The beloved preschoolers’ program will be back with a brand new host in Josh (Joshua Dela Cruz), but as the show’s first teaser has revealed, some familiar faces will also be stopping by.

The clip from the debut episode finds Josh wielding his newly improved handy, dandy notebook, which doubles as a smartphone (because a lot has changed in a decade and a half). Stuck on trying to understand what Blue wants with her snack, he decides to call up his helpful cousins: original Blue’s Clues host Steve Burns and Joe (aka Donovan Patton), who took over for the original series’ final two seasons and appeared on its short-lived spinoff, Blue’s Room.

Though Joe and Steve aren’t expected to stick around for the duration of the reboot, the nostalgic child in all of us is understandably tickled to see them hand off the sleuthing to Josh. (In fact, Burns had a hand in helping select Josh as the new host.) Watch the clip below. 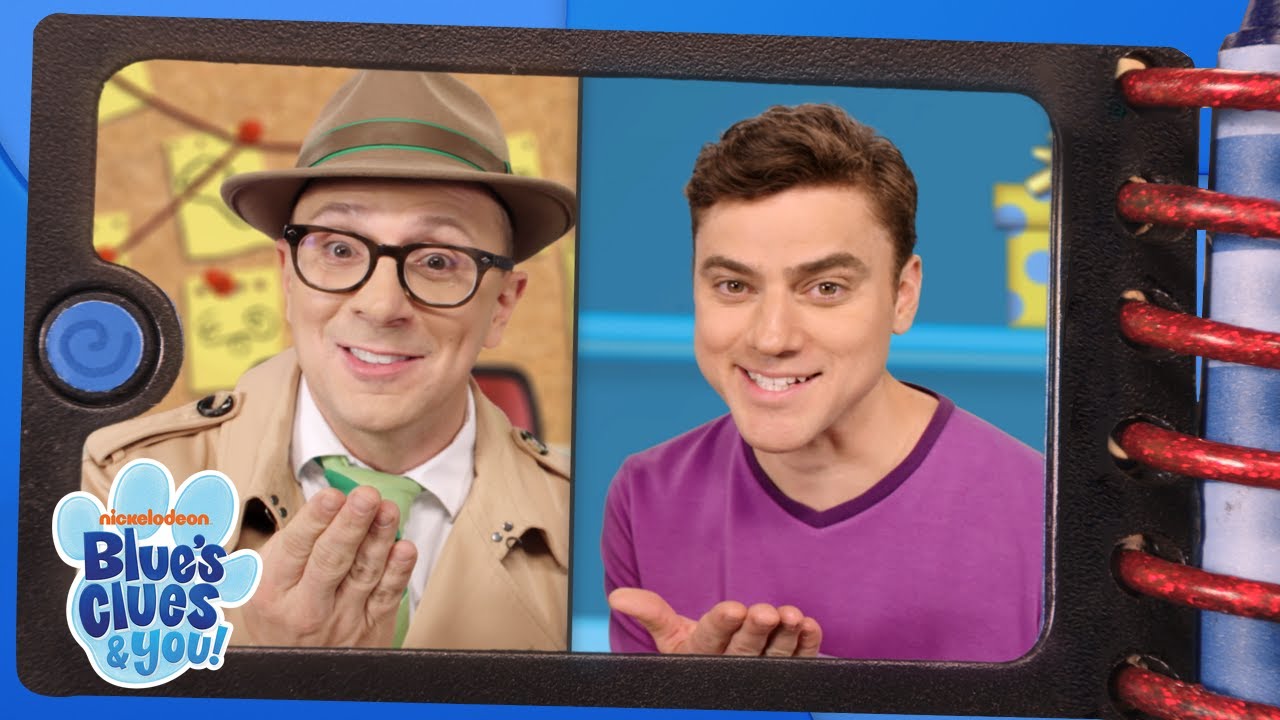 In addition to the titular pup, the new series brings back many of the original characters from the show’s initial 1996-2006 run, including Tickety Tock, Slippery Soap, Shovel, Pail, Cinnamon, Paprika, Felt Friends, Sidetable Drawer, and Mailbox. Mr. Salt and Mrs. Pepper also return with new members of the family, twins Sage and Ginger.

Blue’s Clues & You! premieres on Nickelodeon on November 11th.