Next year, the iconic alt-metal quartet Tool will celebrate their 30th anniversary. It took nearly half that long for the band to release its new album, Fear Inoculum, and throughout that period the anticipation among fans grew to something like a constant, buzzing hysteria.

Since 2012, the band had been hinting year after year that a new LP was imminent. Add in sporadic rounds of touring, which gave concert-goers glimpses of new material (namely, two unfinished instrumentals that first surfaced in 2014), and the fans were flamed even more.

By last year, when work on the new Tool album began in earnest, even casual observers were caught up in the hype. Clearly, the band still moves the needle, and as the release date approached, it became increasingly apparent that a full-blown cultural event was at hand.

Now, with Fear Inoculum finally upon us, it’s a perfect time to assess how it is a band that’s mostly shrugged its shoulders at the idea of relevance has managed to secure its place in the zeitgeist for three decades. After all, this is a band which refused to allow its music on streaming and digital download services until mere weeks ago.

Fear Inoculum touches down on a drastically altered media landscape, where the way we consume music, film, and TV — indeed, the world as a whole — looks radically different than it did even when Tool’s last album, 10,000 Days, arrived in 2006. To say nothing of how alien the current music industry paradigm must seem to bands like Tool who started in the early ‘90s. Then again, maybe Tool haven’t actually adjusted all that much at all.

It’s not like Tool have stuck to luddite ideals. The band started an official Twitter account back in 2007 and, like a crotchety imp poking us in the collective eye, frontman Maynard James Keenan’s acerbic sarcasm on the platform has made the news cycle several times. Meanwhile, guitarist Adam Jones has been actively hyping Fear Inoculum on Instagram since the band entered the studio last year.

Still, the new album they’ve released is a sprawling 86-minute opus that requires concentration and patience. In these times when we’re accustomed to gorging on our fill of TV shows, news clips and music via platforms like Netflix, YouTube and Spotify, Tool’s new album stands out as the kind of artistic work that can’t easily be absorbed even if you binge-listen five times in a row for 400 minutes straight. And yet somehow, Tool are capturing the undivided attention of a public with a raging attention-deficit issue.

In a day and age when the impact of any cultural phenomenon is felt via a short-lived rash of think pieces and memes, Tool’s ability to grip the public’s attention for such a sustained period is confounding, maybe even a little miraculous. In fact, Fear Inoculum actually became a meme long before a single note had been recorded, when some clever person got a flash of inspiration at their computer and posted a crude illustration of a CD case hovering in the sky like a UFO underscored with the words, “I want to believe.” 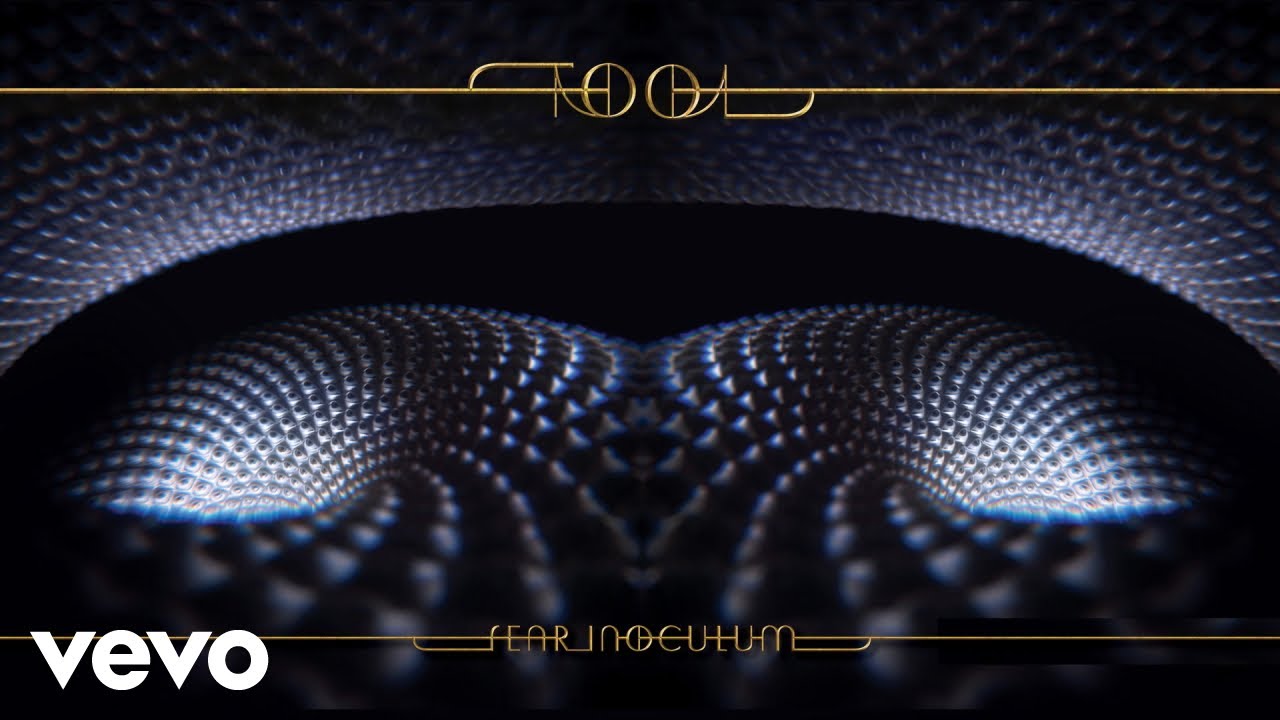 For months, Fear Inoculum had been touted as one of the most heavily anticipated albums of the year, if not the decade. And if you don’t believe that, all you have to do is look at how the band shattered multiple records when it finally released its back catalog to streaming services. Whether or not the music itself lives up to the expectations fans have heaped on it after such an excruciating buildup, the album has already accomplished something remarkable by remaining in the spotlight far longer than most headlines of global consequence, like natural disasters, mass shootings, or utterances by President Donald Trump.

Back in 2006, veteran music critics Greg Kot and Jim DeRogatis searched to find explanations for the band’s appeal while reviewing 10,000 Days on their radio show “Sound Opinions”. They marveled at how 10,000 Days debuted at No. 1 on the Billboard 200 chart and sold over half a million copies domestically in its first week. Kot and DeRogatis considered this an amazing feat for a band that had waited five years to put out an album and done little to court media attention.

“One of the keys to their success,” Kot offered, “is that they evoke that ‘70s progressive-rock vibe and combine it with [modern] metal. They have this fetish for art rock. These guys were made for those triple-gatefold album sleeves from the ‘70s. And this is the kind of record that kids are gonna want to take into their room and not emerge for weeks until they’ve parsed every possible Byzantine secret that the record has to yield.”

“[The album is] kind of inscrutable,” DeRogatis responded, going on to say, “There are moments that jump out that are very interesting, but boy is this much ado about not that much at all.”

Perhaps without knowing it, Kot and DeRogatis perfectly summed up what makes Tool’s seemingly permanent infiltration of the mainstream so delicious. As if proving Kot’s point about Tool’s strange relevance, the band co-headlined the Bonnaroo festival in 2007 alongside The Police, The Roots, The Flaming Lips, and The White Stripes. 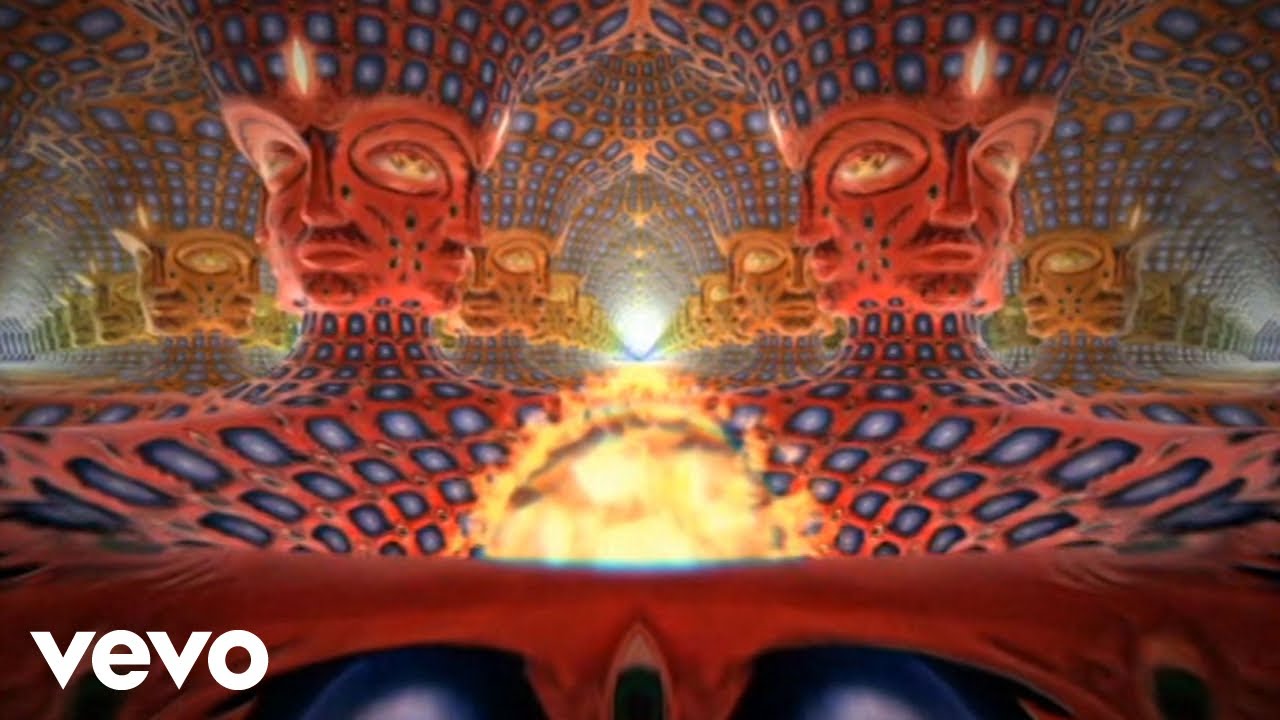 Going back a little further, though, Tool’s initial splash of popularity actually made sense within the framework of alternative rock’s early-’90s ascendance to the mainstream. Suddenly, there was a new way to present one’s attraction to heavy sounds without fully pledging allegiance to quote-unquote “metal”. Conversely, the bullet-belt and back-patch set could indulge in a taste for outré sounds without giving up their heavy metal membership cards.

Lollapalooza-bound acts like Tool, Nine Inch Nails, Primus, Jane’s Addiction, Ministry, and Failure had one foot in metal and another foot in the outside world. They could all publicly reject the idea of identifying as metal bands while still attracting metalheads in droves. Where metal (and the nu metal wave that was soon to come) was mostly fueled by expulsions of rage, alt-metal presented an anger rooted in a mix of brooding and contemplation.

Like the aforementioned bands, Tool were able to counter-balance heaviness with other elements of atmosphere and experimentation. However, Tool in particular walked a tightrope between anger and elegance, and the band pulled it off with the poise of a trapeze artist. At the same time, even compared to the band’s peers at the time, Tool were transgressive in a way that was genuinely frightening, as evidenced by their unsettling stop-motion music videos. Furthermore, if you bought their debut 1993 album Undertow around the time of its release without having seen Tool live, the chilling photos of each band member in the insert gave you little sense of what to expect.

Seeing the Undertow insert for the first time, you couldn’t help but ask, “Who are these people?”, as Keenan’s photo in particular is borderline horrific. Onstage, the frontman looked like a lizard-human hybrid clad in lace-up bicycle shorts and possessed of an unusually powerful stare. Indeed, one of Tool’s biggest assets was the ability to create a sense of mystique, using visuals to draw you in while revealing almost nothing once your attention was hooked. 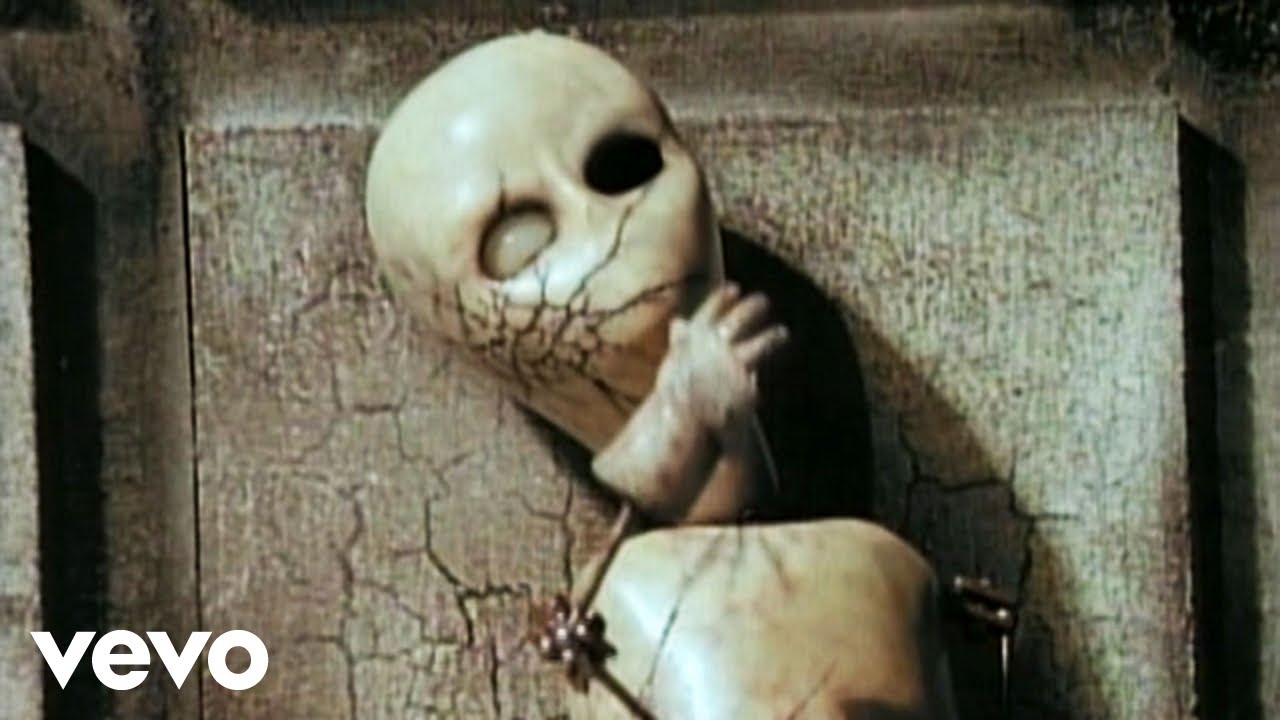 Tool even trolled the audience long before there was even a term for it, explaining in press releases from the time that the band’s members were practitioners of something called lachrymology, which they explained as “the science of crying.” It turns out there was no such thing. Of course, there had to be substance in the music itself for any of these tactics to work. And contrary to DeRogatis’ take, Tool have always packed-in more than enough into which one could sink their teeth.

For one, few artists have so bravely plumbed the depths of the human psyche. Metal bands have long penned songs about monstrous forces, but Tool’s music radiated with the sense that the most dangerous monster of all lurks within. The Undertow track “Prison Sex,” for example, described in unflinching detail the perspective of a sexual abuse victim who as an adult harbors (and acts on) urges to assault a child. In a ‘90s musical climate where unidimensional angst ruled the day, to come across a band that pointed its ire inward was nothing short of revelatory.

The band also embodied a host of paradoxes that go far in explaining the appeal. Tool’s music has always been mathematical and precise without being stiff; heavy without being brutish; intellectual without being cold; hyper-emotional without being histrionic; and dark yet also sublime. Later, Keenan’s lyrics would increasingly reflect “new-age” sensibilities about unity, consciousness, and empathy. Along with that, the band would shed much of its anger and heaviness — without losing its power to captivate. To put it in perspective, Fear Inoculum is the least heavy and yet possibly the most challenging album of Tool’s career.

Undoubtedly, there’s a lesson in all this about artistic integrity and sticking to one’s guns, but it’s fitting that at the end of the day we really can’t explain why Tool are still making waves. Something about this story remains elusive and hard to fathom to this day. It’s not like an up-and-coming band could try and replicate Tool’s success by following the same steps. It’s almost as if Tool has been guided by a force of nature that won’t succumb to analysis in pop-culture terms alone. Perhaps Rubik’s Cube was more on-point than Kot could have foreseen.

Why Fans Still Collectively Lose Their Minds over Tool