The Pitch: Twenty seven years later, blood spills over Derry, Maine when Pennywise the Dancing Clown resurfaces from the sewer. Plagued by couched fears and the ills of adulthood, the now older and wiser Losers’ Club must reunite to end the evil once and for all. Together, they learn that the passage of time has only allowed their deepest and darkest secrets to fester in unimaginable ways, and not everyone will survive.

Mind Over Muschietti: When It: Chapter One became the highest grossing horror film of all time in September 2017, not even filmmaker Andy Muschietti could have anticipated the following that would ensue. Since then, the blockbuster has become a brand even removed from its creator Stephen King, amassing a cult-like following that’s inspired fan artwork, theories, memes, etc. The film has brought the genre mainstream to an upper echelon that not even the greatest movie monsters have enjoyed in the decades past.

So, it’s not the least bit surprising that Muschietti (and both Warner Bros. and New Line Cinema) went bigger and bolder. It: Chapter Two is a genuine summer blockbuster through and through. This is filmmaking on a scale the genre hasn’t seen in quite some time (if ever), with a runtime that nearly matches this year’s box office event Avengers: Endgame and set pieces that rival much of the MCU. Not surprisingly, there’s a ton of collateral damage that comes with this kind of seismic shift, but Muschietti shoulders what he can. 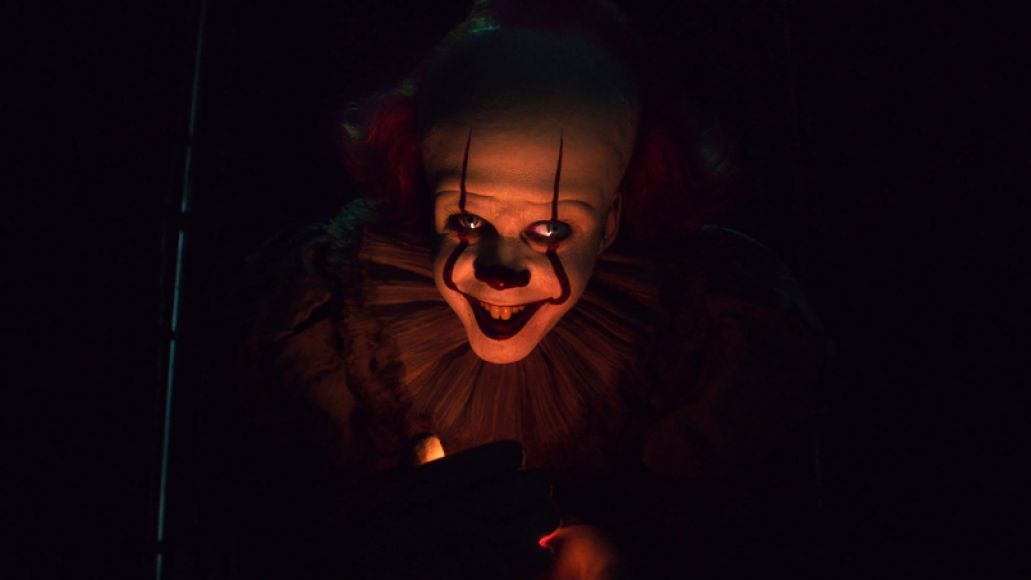 Much of that strength is focused on the heart, which was hands down the strongest facet of the original. Naturally, Muschietti leans heavily on those feelings with Chapter Two, wielding as many echoes as he can. Both he and screenwriter Gary Dauberman stylishly crosscut between the past and the present with prompts that seemingly tear a page or two from Back to the Future, Part II (or even Endgame, for that matter). This allows for some supremely affecting moments, while also affording the two a chance to squeeze in some key narrative beats that didn’t fit into the first on-screen chapter.

Given how much of these, eh, we’ll call ’em Walking Tours, take up the film’s ambitious runtime, some might argue Muschietti and Dauberman get too gluttonous with the past. They’re not wrong, per se, but they’re also forgetting how important those skeletons in the closet are to King’s original story. The past is everything in It, which is why the original concept of splitting the novel between the kids and the adults was so suspect to Constant Readers everywhere. Muschietti and Dauberman contend with that here to mostly effective results, though it makes you pine for a truly comprehensive cut of the two films.

The Individual Winners: Part of the reason why there’s such a focus on that split between now and then is that it’s hard to sell audiences on beloved characters, well, 27 years older. Could you imagine if The Duffer Brothers told Netflix, “Yeah, we’ve got to move on from the kids,” after its first season? They would have a heart attack. That’s namely why Muschietti cast honest-to-god lookalikes for Chapter Two, an attribute this film capitalizes in so many not-so-subtle ways (particularly with James Ransone and Jack Dylan Grazer).

But hey, it works. You believe Jessica Chastain is Beverly Marsh (Sophia Lillis), you totally buy Bill Denborough (Jaeden Lieberher) grew up to become James McAvoy, and you might actually think Andy Bean and Wyatt Oleff are the same goddamn person (they play Stan Uris). Hell, even Hunkasauraus Rex Jay Ryan sells you on the fact that he lived the ’80s as Jeremy Ray Taylor, aka Ben Hanscom. Their mannerisms and their personalities are all intact. It’s just what they’re given by Dauberman that truly makes ’em winners.

Out of the seven (!), Richie Tozier (Finn Wolfhard) and Mike Hanlon (Chosen Jacobs) age the best. Coming off of Barry, Bill Hader ably toes the line between drama and comedy, mirroring the Trashmouth chutzpah that Wolfhard exhibited in the original. He’s never not a joy to watch, even when Dauby’s script has you thinking to yourself, Beep, beep, Richie. Isaiah Mustafa, on the other hand, is a delightful surprise, delivering the kind of breakthrough performance that should find him taking calls rather than making them. Again, it helps what they’re given, and for most, it’s not much. 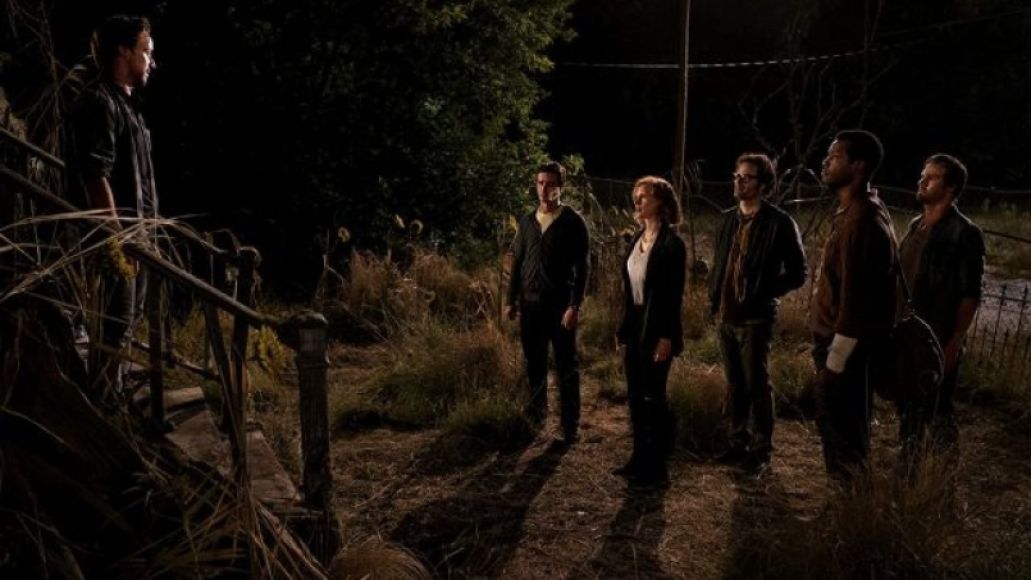 Dauberman uses Tozier as a funnel for the ensuing drama stemming from the coming-of-age throughline, while Hanlon gets to be the cypher for all the mythology. Those are intriguing beats, to say the least. Densborough comes close as he takes on a paternal role over Derry, but even his arc drowns in the cutting room. (::in my best Evil Dale Cooper:: How’s Audra? How’s Audra?) The rest either feels rushed, contrived, or tonally all over the place, especially Kaspbrak, whose Walking Tour feels directed by Kevin Smith.

But when things do connect, all the right heartstrings are tugged. Muschietti has such a vision for this story, and while it’s often outmatched by the sheer scope of this production, at least for Chapter Two, he never loses sight of his Derry. Or rather, his Losers. There’s so much love for this ensemble, and he shows it in the ways he attempts to slow down whenever an opportunity arises. One such moment involves Richie waxing nostalgic over Stan, another when Bill finds Silver. The lighting. The grace of Benjamin Wallfisch’s score. The patience. These are the portraits that keep things together. 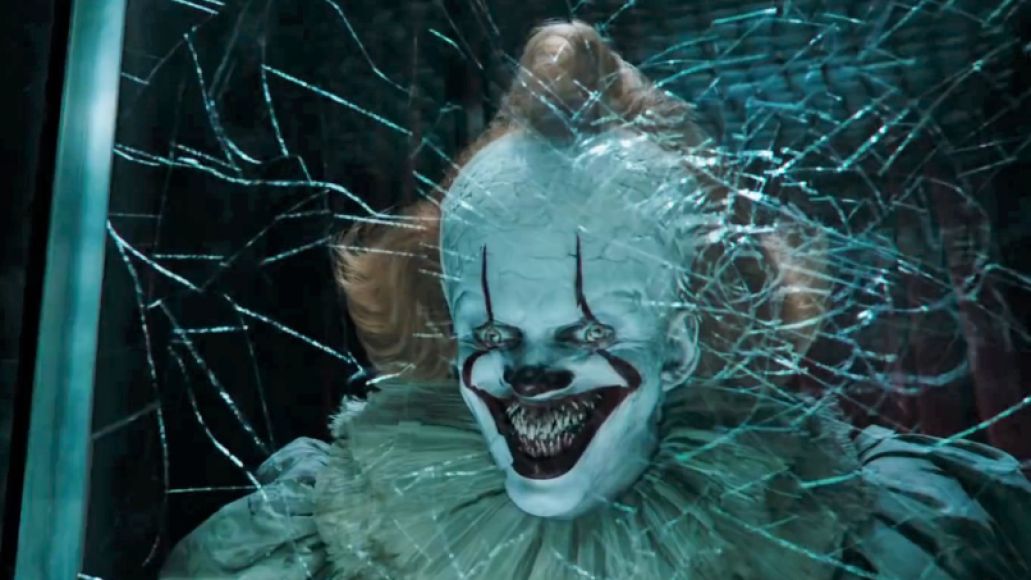 Enough, Dauberman: Look, out of all the screenplays tagged with Gary Dauberman’s name, It: Chapter Two comes out looking pretty good. Even so, there’s no denying that the weakest elements of this chapter trace back to the only muscles he knows how to flex: jump scares. As he’s wont to do, Dauberman laces this 169-minute epic with all of his irritating bells and whistles, popping as many balloons as he can before you’re putting down the popcorn and asking your partner if they brought the Advil. To his credit, he’s just indulging in the mainstream horror he helped create, but this type of rollercoaster shit is why the film has very little terror in its veins.

Whereas the original thrived from its palpable sense of peripheral and circumstantial dread, no doubt aided by the echoes of Cary Fukunaga’s original script, Dauberman struggles to carry that weight over. Instead, he just keeps forcing Pennywise to dance like a manic monkey, rabid to the touch and as comical as the most garish Freddy Krueger entries. There are admittedly moments where ol’ Dauby succeeds — the entire Kersh scene is quite unnerving for its use of scale — but all too often he comes off as an exasperated ventriloquist, tossing out as many barbs as he can before someone in the crowd screams, “The strings! The strings! Mommy, I can see the strings!” 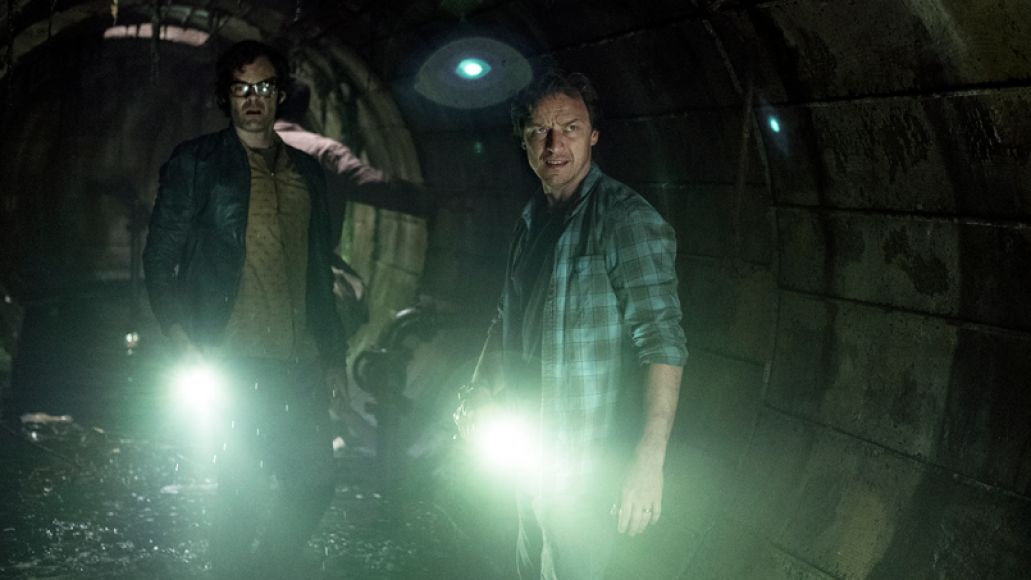 King’s Dominion: Without spoiling too much, Muschietti delivered on his promise of indulging in the spiritual side of King’s 1986 novel. If you recall, in our original 2017 interview, he admitted, “I don’t want to overlook the presence of the turtle as a force of good, but I didn’t want to enter the world of the otherside too much because I don’t want to totally mess up with the journey of these characters.” Mum’s the word on whether or not you see Maturin, but know that he does lean heavily into the “otherside” as he hints at here. What’s more, all of this spiritualism winds up aiding the journey of the characters, particularly Hanlon, whose knowledge on the subject embellishes his role.

The Verdict: It: Chapter Two doubles down on the exhausting jump scares and CGI that plagued the 2017 original. Yet for all its faults—and there are many—it’s still an enthralling and emotionally affecting piece of blockbuster filmmaking. King’s novel has always been a coming-of-age story wearing a Halloween costume, and Muschietti nails that. You’ll tear up, you’ll feel your heart stir, you’ll hate to say goodbye to the Losers. For that alone, this near-three hour tome is worth its hefty minutes. Having said that, one can’t help but wish this was more than a Ferris wheel surrounded by predictable carnival fare.

Where’s It Playing? Pennywise returns on September 6th in theaters everywhere. In the meantime, subscribe to The Losers’ Club, a weekly Stephen King cast that covers all of his works and adaptations over long days and pleasant nights.