The Pitch: “I lived in a world of death. I tried to come home, but I never really arrived. A part of my mind and soul got lost along the way.” So intones human rock John Rambo at the end of Rambo: Last Blood, the fifth and, fingers crossed, last installment of the Rambo saga. Who is John Rambo? Well, he’s the kind of legendary badass killing machine that the government trusts to clean up their messes. He took on a battalion of cops in First Blood, went back and won the Vietnam war in First Blood: Part 2, accidentally helped create the Taliban by aiding Afghani warriors fight the Russians in Rambo III, and then basically blew all of Burma in half in 2008’s Rambo.

What you called hell, he called home. But after massacring a couple hundred people for fun in his fourth outing, he tried to go straight but they … just … wouldn’t … let him. He inherits his father’s horse ranch in Texas and looks after a young horse girl (Yvette Monreal) whose father ran out on her. When she gets a tip he’s across the border in Mexico she goes down to find him against Rambo’s council, and, of course, winds up sold into sexual slavery by a pair of fraternal drug kingpins. This is a job only a 73-year-old with anger issues can hack to pieces. 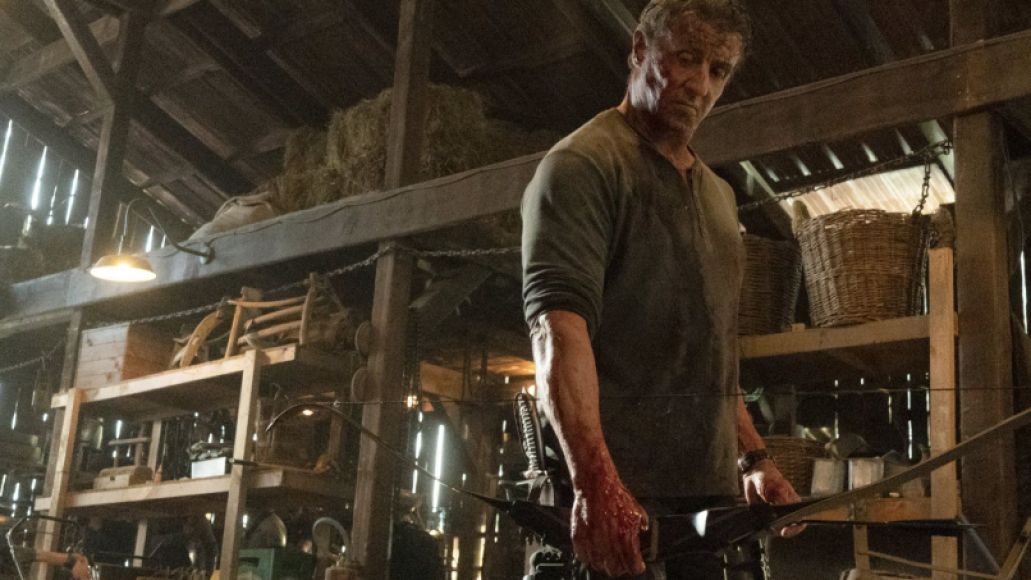 The Man, The Myth: Sylvester Stallone’s ego is 10 feet tall, five more than the body housing it. Any other former porn star would be content to remain an Oscar-winning screenwriter and critically acclaimed actor, but Stallone didn’t settle for that. He wanted to be a legend. By torpedoing his respectability and becoming a joke people still tell by agreeing to do First Blood Part 2, in which he saves POWs from the clutches of still-vindictive Vietnamese soldiers, that’s where the Stallone of cartoons and talk show impressions is born. It didn’t help that Stallone was in real life a famously tough-talking coward who had never seen a day’s combat in his life and refused opportunities to entertain the troops on USO tours because he was afraid to go to active combat zones. Stallone became synonymous with John Rambo, the only veteran able to channel his PTSD into hunting down and killing commies, a fantasy America lapped up in Reagan’s ’80s. And since he became indistinguishable from Rambo’s overblown revenge politics, he’s been unable to let the character die, and just as he can’t stop playing Rocky Balboa (a character that conversely requires him to act), Rambo is a synecdoche for Stallone’s inability to accept his lot in life. 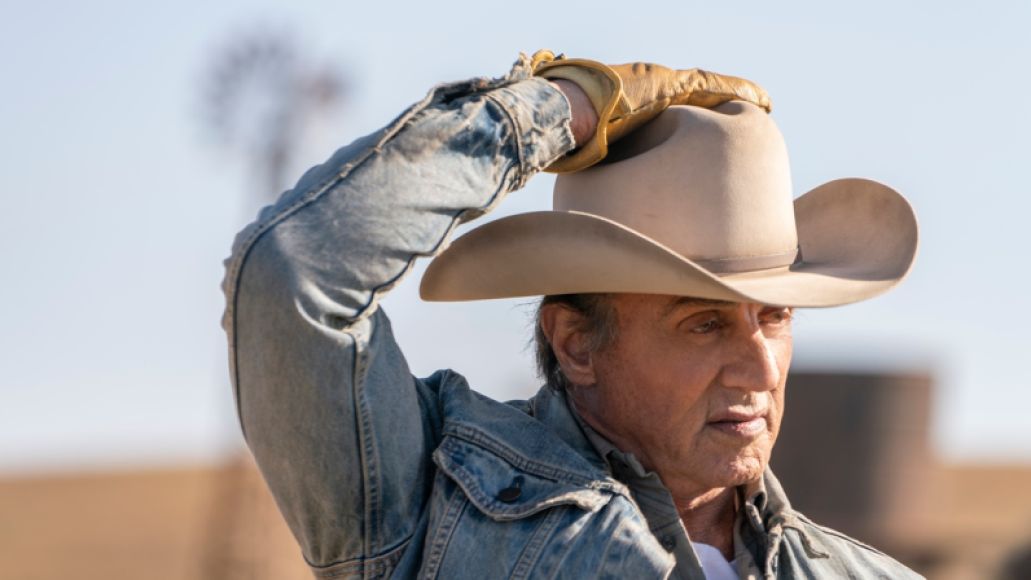 Sore Loser: As with his support for Afghanistan in Rambo III, Last Blood finds Rambo on the wrong side of history, once more enacting a conservative fantasy as the guy who’s going to finally win the drug war. Hilariously, the movie keeps giving John Rambo what pundits and politicians like to call Participation trophies. The movie opens with Rambo volunteering to search for hikers during a flood and fails to save a couple of people. When discussing this with his young charge she says, “It’s not your fault, you tried.” “I did try.” He replies thoughtfully. That’s what matters, right? Similarly, Rambo ends the movie with a hilariously sincere monologue about how he’s going to fight to protect his family until the better end. Except, of course, he was given that opportunity and he botched it. When the girl who calls him uncle gets kidnapped, he shows up way too late to do anything about it, and then gets hilariously protracted revenge. 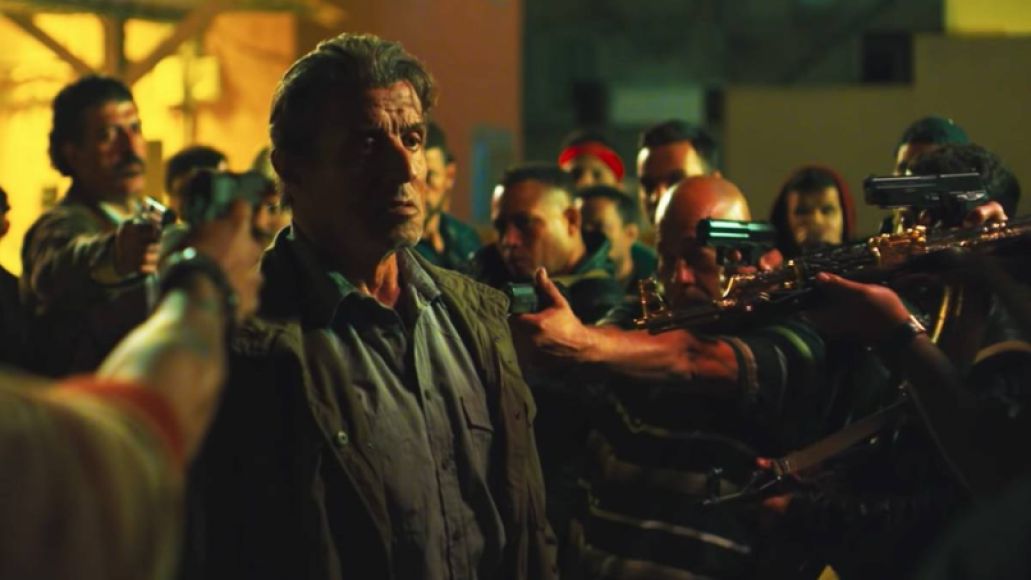 South of the Border: The film has as precise and sensitive an understanding of the drug war as it does for Mexico and its geographic layout. When Gabrielle comes to Rambo with the idea of going “to Mexico,” he turns to her like she suggested going to San Quentin in the middle of a riot. “Why would you want to go there!?” Well the culture, the vistas, the cuisine, you know any of the dozen reasons Americans go to Mexico every day of the year. But no, Rambo knows better. Mexico? The entire country? That place grows teeth and eats you alive the minute an innocent young girl approaches. In a similarly cowardly move, Stallone either doesn’t understand the politics of the Middle East enough to send Rambo to dismantle Isis or he understands that we’re not winning by any conventional rubric. Sending Rambo means there’s someone to root for and Stallone’s racism has made it plain there’s only one team he’s willing to bat for any more: white people. After all, Trump has made it okay to demonize Mexico, and a movie like Sicario: Day of the Soldado not tanking showed it was a safe bet to put Mexico in his crosshairs. Lucky for them, there is no chance anyone will remember this in the same year we got actual good movies about the toll of the Drug War directed by actual residents of Central America (see: Tigers Are not Afraid by Issa López and Birds of Passage by Cirio Guerro and Cristina Gallego).

Last Blood and Guts: We all know why you have ostensibly come to see a movie called Rambo: Last Blood. It isn’t to see Stallone heroically fail to protect people, or see him conquer his pill-fueled PTSD match. It’s to see him literally chop men limb from limb. And boy howdy, does he. Rambo lures a gaggle of drug dealers into the Tunnels He Built Under His Dad’s Horse Ranch (!?) and spends the length of a Doors song cutting off heads, blowing guys up with claymore mines, shooting them to pieces, waiting for them to step on deadfalls so they’re impaled in twisted metal rods, and then shoot their corpses … just because. If you find yourself in a movie theatre and find yourself outside Last Blood in time to catch the last 20 minutes before heading into Ad Astra or just after Hustlers ends, go ahead. It’s the only fun part of the movie. Dumb as hell, gory as can be, and reliant on the hilarious idea of Stallone traveling at the speed of sound to ambush a few dozen cartel soldiers.

That way you can skip the part of the movie where Stallone retcons himself into a Taken rip-off, unable to save a young woman’s virtue but still ready and willing to slaughter a bus load of guys with brown skin. If you show up for the last 20 minutes, you’ll also see the film’s thesis statement scene, in which Rambo convinces a journalist played by Paz Vega to give him the address of the drug dealer he wants to behead. This journalist is so persuaded by Stallone’s nasal monologue about wanting a bunch of drug dealers to feel grief and fear firsthand that she gives in so he can make with the slicing and the dicing. That’s the movie in a nutshell: Rambo thinks the drug problem is so bad, he can convince a writer to become an accessory to murder because his argument that he feels bad is so imperative she can’t say no. Again, none of this is surprising: Rambo was always a product of Republican policy, and his sore loser, crybaby, murder fantasy is a daringly accurate reflection of the state of the Republican Party circa 2019.

Where’s It Playing? Rambo’s latest murderous rampage is out in theaters now. 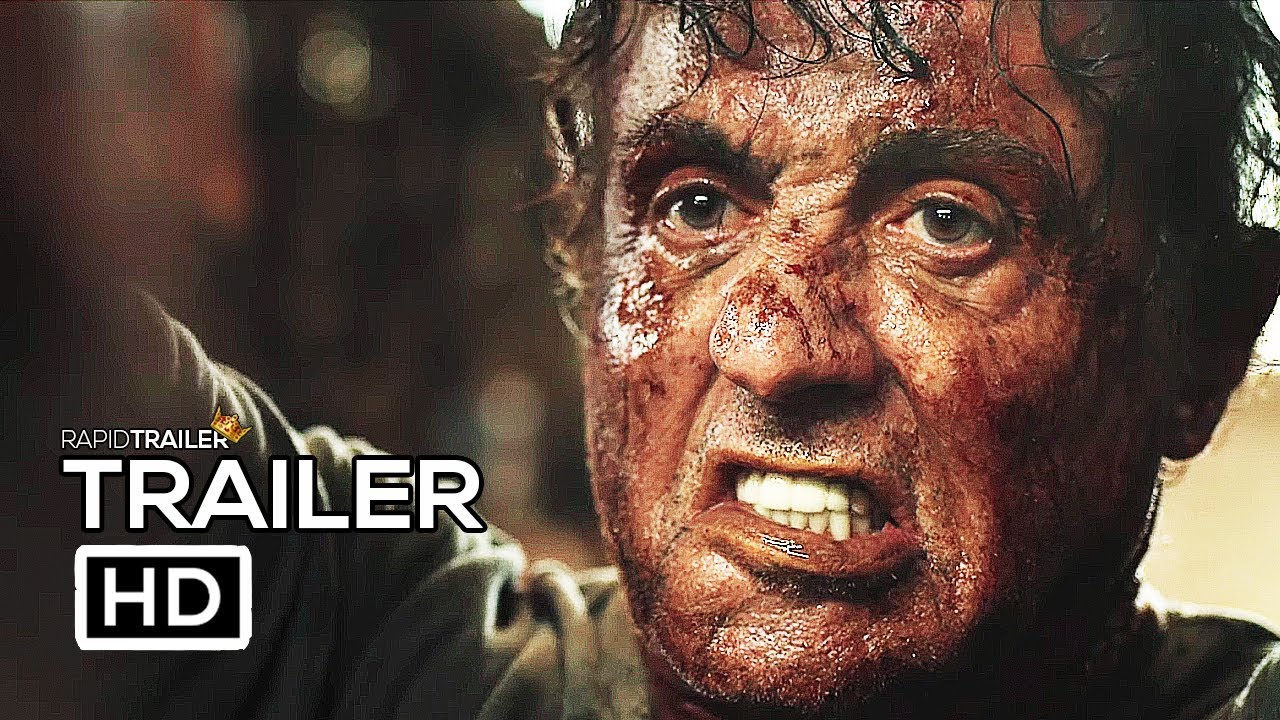