The Pitch: Sam (Hayley Griffith) is not having a good night. On her first shift as a pizza delivery worker, she’s gifted an expired coupon to Applebee’s, asked to urinate on a man’s face, and victim to some secondhand racism. In a last-ditch effort to earn some gas money, she volunteers to make a delivery to a mansion in the posh suburb of Mill Basin. Unfortunately for her, she still doesn’t get tipped and her Vespa runs out of gas in the driveway of the offending non-tippers.

Exasperated, Sam barges into the mansion to chastise the owners for their privilege and inadvertently interrupts a cult of Satanists preparing to conjure the “triple-faced fuck-monster of remorseless intent and illuminator of poisonous knowledge” Baphomet. Led by Danica (Rebecca Romijn), the cult quickly realizes that Sam is a virgin and intends to sacrifice her in order to birth the demon. 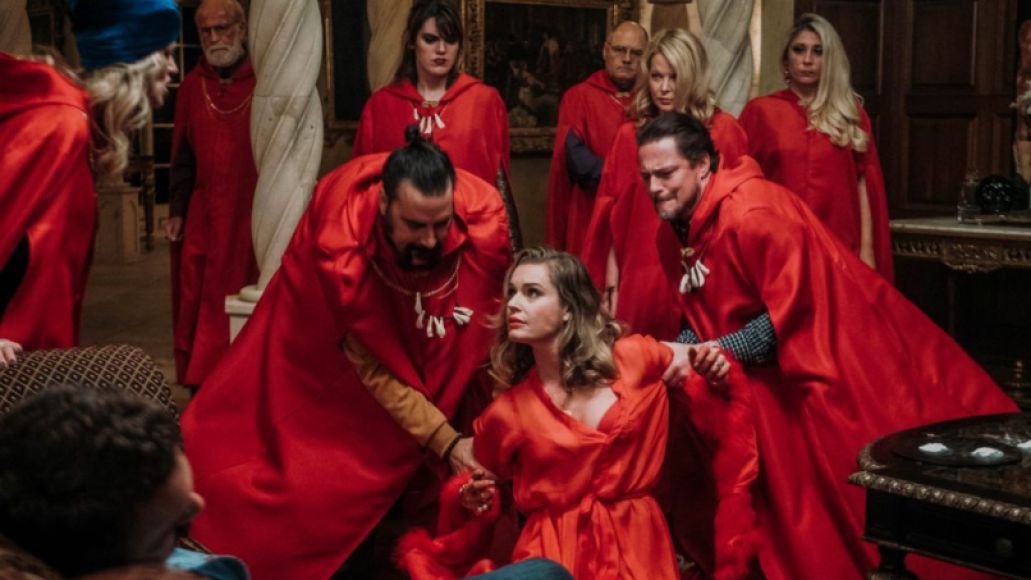 Toothless Social Commentary: Written by novelist Grady Hendrix and based on a story that he co-created with Ted Geoghegan, Satanic Panic makes several attempts at social commentary but fails at most of them. On-the-nose dialogue and unfunny one-liners fall flat and inspire more groans than chuckles. Hendrix pokes fun at millennials, the 1%, and antifeminists equally (“Look what you made me do! And I’m a feminist!” yells O’Connell after he slaps Griffith in one of the film’s early scenes), but the jokes are surface-level at best and downright obvious at worst.

Though Hayley does get a few jabs in that will be cathartic to anyone who has ever worked in the service industry, Hendrix doesn’t seem too interested in making any serious statements about the struggles of the poor and the privileges of the rich. All of which would be fine if the film were consistently funny, but it’s not.

That being said, Satanic Panic does an admirable job of establishing and building the heightened world of its Satanists. The rules are explained organically and efficiently, which is important in a film as nutty as this one. One particular sequence in which a voodoo ritual is being performed on Judi successfully merges gross-out gags with an important expository moment for Sam. Unfortunately, it’s the only moment in the film that carries any emotional weight. 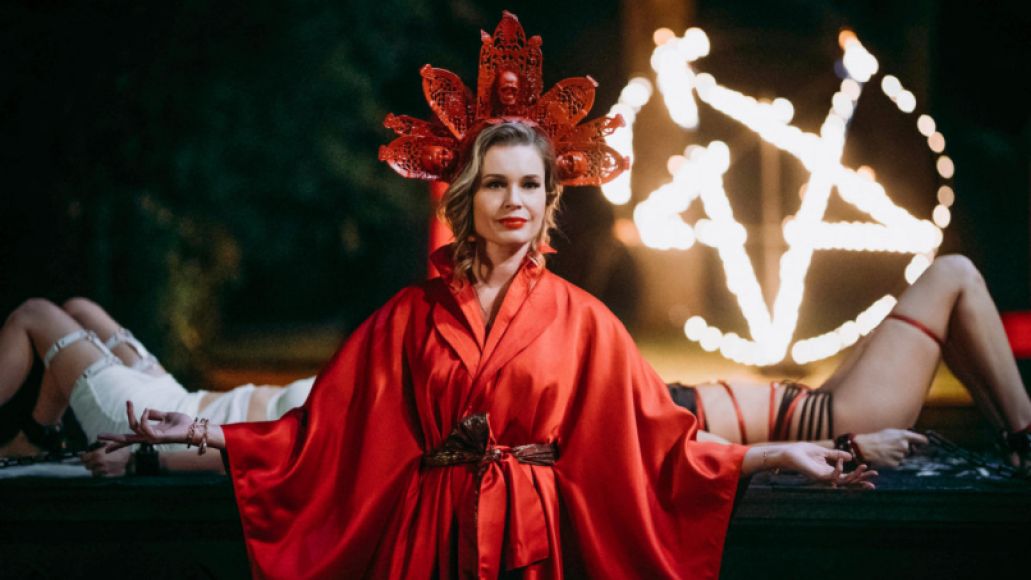 Camptastic Performances: As with many horror comedies, the comedic elements are hit-and-miss, but that doesn’t mean there isn’t fun to be had. Romijn is clearly enjoying herself, delivering a campy and profanity-laced performance that’s one of the film’s saving graces. Her casual frustrations at the devilish hurdles that are thrown her way are a delight to behold (“Put this in the casserole tray …not my good tray,” she intones after pulling the heart out of a victim).

But the cast is stacked with familiar character actors that do their darndest with the material they are given. A.J. Bowen makes a brief appearance as Sam’s rapey coke fiend of a co-worker. Jordan Ladd does what she can with what little she’s given as one of Danica’s bumbling followers. Yet it’s former MadTV cast member Arden Myrin, who steals the show as Danica’s second-in-command Gypsy. The role demands a particular brand of zany humor and Myrin is more than up to the challenge. 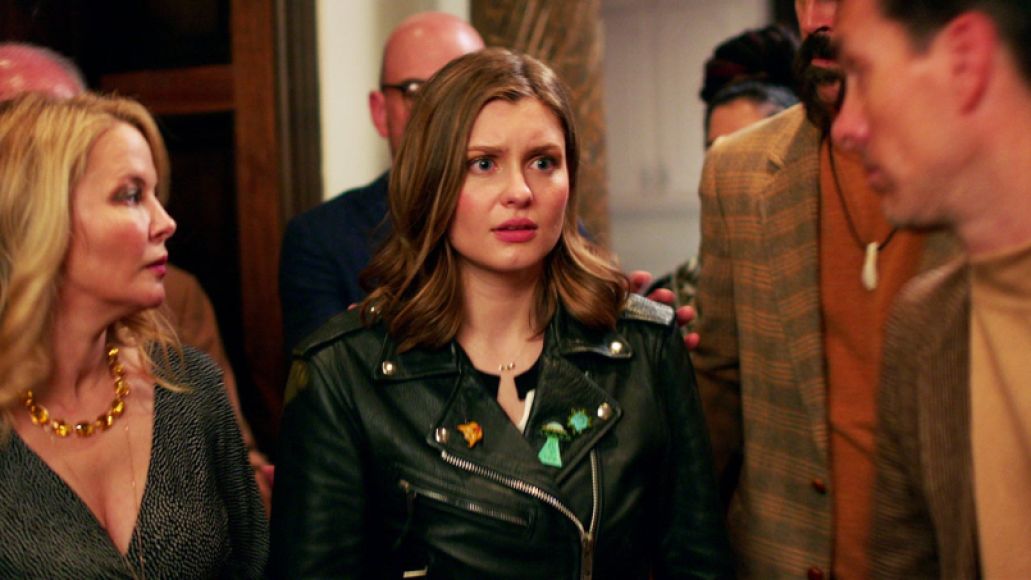 Not up to the challenge, however, is Griffith. Now, it can be a difficult task to play the straight woman against a bunch of over-the-top performances, but the actress is miscast, playing Hayley’s blasé attitude to her ridiculous predicament far too seriously. It robs her scenes, and, in turn, the film, of any humor. Thank Baphomet that Griffith is paired with Modine for half of the film’s runtime, as she injects a much-needed liveliness into Sam’s scenes.

Even so, the film’s pacing suffers from a constant flux of energy that’s more likely to inspire whiplash than any laughs or frights. This isn’t entirely Griffith’s fault, though, as Michael Sale’s editing lags and director Chelsea Stardust opts to film almost every scene with a long shot. These shots significantly dull the proceedings, slowing down what should have been a rapidly-paced dark comedy. The fact that the film hustles and struggles to fill its brief 83-minute runtime is all too telling. 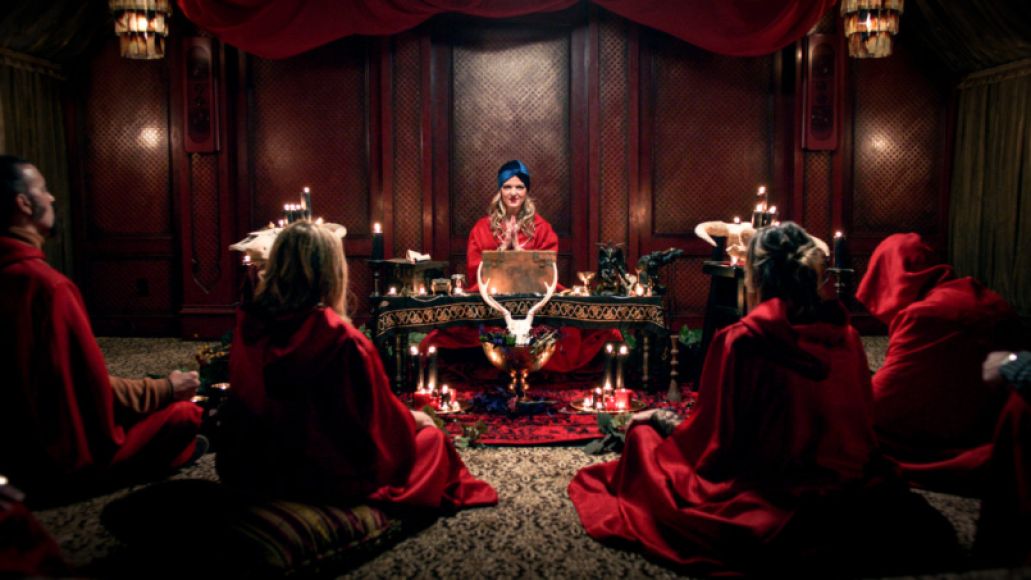 The Verdict: Satanic Panic has a few fleeting moments of inspiration sprinkled throughout its 83 minutes of mediocrity, but it’s not enough to salvage what is a bland effort from Stardust’s feature directorial debut. The actors do what they can with a weak script, but other than the occasionally funny one-liner and impressive blood work, there is very little energy in a film that demands it.

Where’s It Playing? Join the cult in limited theaters and VOD on September 6th.

Film Review: For Being a Silly Horror Comedy, Satanic Panic Is Shockingly Dull