In November, FKA twigs will embark on her first North American tour in three years. The “Magdalene Tour” consists of nine dates, including stops in Los Angeles, Chicago, Toronto, and Brooklyn.

The tour comes in support of FKA twigs’ forthcoming album of the same name, which she previewed over the weekend in a new interview with i-D. Due out this fall, Magdalene was co-produced by Nicolas Jaar and features an appearance from Future. She describes the album as “really fragile,” born out of a period when “I was in a sad place, mentally.” Ultimately, she found inspiration in the Biblical story of Mary Magdalene (hence the album and tour’s titles), explaining, “Just when you think it’s really fragile and about to fall apart, there’s an absolute defiance and strength in a way that my work’s never had before.”

As such, in her Magdalene live show, FKA twigs “suspends the ordinary world; she has no need for it. Instead, she seduces us into a new one that’s enriched and enchanted and completely her own.” A press release goes on to describe the show:

“Echoes of the past meet the future, emotion is power, desire is a force. Magdalene weaves a tapestry of sound, performance, costume, pole dancing, Wushu, set design and lighting. Inspired by the revolutionary 19th century concept of ‘Gesamtkunstwerk,’ or ‘total work of art,’ it is a complete experience. FKA twigs summons all that she has – technical mastery, creative brilliance and physical endurance – to transport her audience into a new artistic realm.”

Tickets for the upcoming dates go on sale Friday, September 6th via Ticketmaster. You can also get them here. 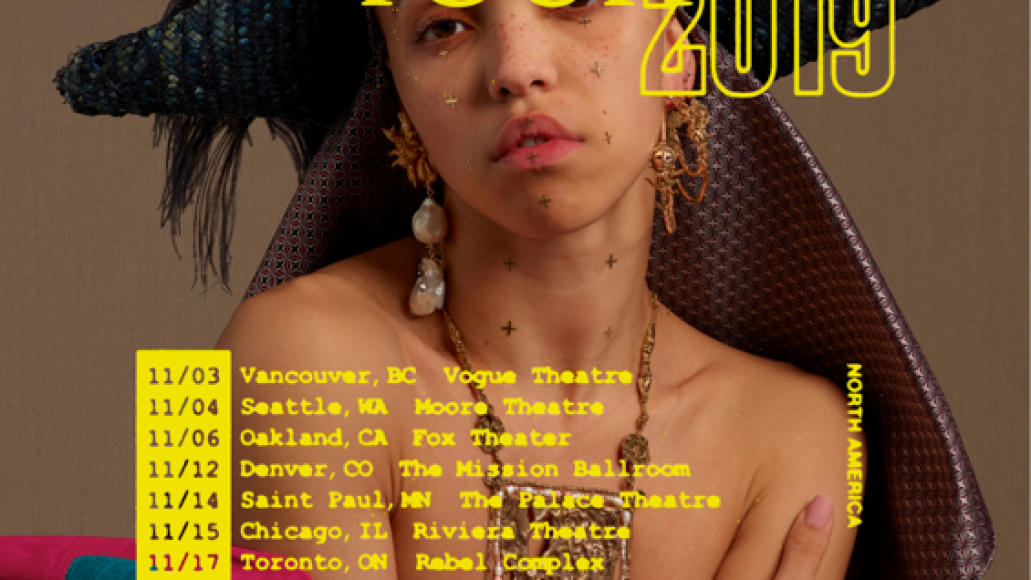