In the music video for their single “Redesigning Women”, directed by Elizabeth Olmstead, The Highwomen pile a bunch of paraphernalia into a heap, invite all of their friends over, and set it ablaze. There’s lacy underwear, USA bikini t-shirts, a “Prom Queen” sash, teacups, flouncy skirts. Basically, it’s bra-burning.

Bra-burning — but they make it country.

(Read: The Highwomen Rally Against Industry Toxicity on Their Debut Album)

The video is rich with stereotypical trappings of country and Americana: Flannels! Hay bales! A pickup truck! A bonfire in the middle of a field! When The Highwomen bring this litany of images together against the costumes and skirts, literally uniting them in the fire, all against the song’s lyrics of women knowing “when to hit the brake and when to hit the pedal,” it feels like a natural fit. Just like the group’s general mission, here in the wake of their self-titled debut album, feels like a natural and overdue fit for the world of country music.

It’s no secret the country music establishment is not generally the most uplifting of its female contributors, from radio airplay to award recognition. Brandi Carlile’s song “Cowgirls”, for instance, criticizes (in addition to the NRA, which can “kiss [her] country ass”) the tired refrains of men in the music industry masquerading as outlaws, saying, “Those songs have already been sung by better men.”

Because outlaws, drinking, dusty boots — this is some of the very imagery to which country skeptics return when they’re citing the genre’s tiredness in the modern age. But Carlile, Amanda Shires, Maren Morris and Natalie Hemby — the stars who together make up The Highwomen supergroup — are here not only to dismantle this misconception just by being themselves, but also to embrace country for what it is and what it can be at its best. They’re not just in the country genre — they’re at the core of it.

The narrative of country music being all about the men feels strikingly similar to the narrative of country music all being subpar to other genres, when people cite its repetitive imagery, twangy refrains, and so on. These narratives are similar because they both look past quite a lot. Country music isn’t all about men much in the way that this country isn’t all about men and in the way that country as a genre carries scores of different iterations, histories, and cousins beyond the “bro-country” that often dominates popular modern radio stations. Country and folk music come from Appalachia, from the South, from the North, from America and from Europe; they share roots with bluegrass, with indie, with rock and blues. The tendency to oversimplify what it means to be “country” is an indication of limited perspective, not of the true fabric of the genre.

The Highwomen counter that perspective in their actions, in their very formation — sparked when Shires approached Carlile about starting a female supergroup in homage to The Highwaymen of the ’80s and ’90s — and in their music itself. Both lyrically and vocally, their songs honor traditional folk themes and images while also emphasizing the possibility and potential of female power and collaboration. In “Highwomen”, an homage to the “Highwaymen” hit from 1985, they embrace the strength of specific storytelling, with each singer taking a separate verse to pay respect to the stories of different women: a mother crossing the desert from Honduras with her children, a healer killed at the Salem Witch Trials, a Freedom Rider in 1961, and a preacher. Across the gamut of their new album, they blend their voices in powerful harmonies for songs about motherhood, love, pride, and hard work. 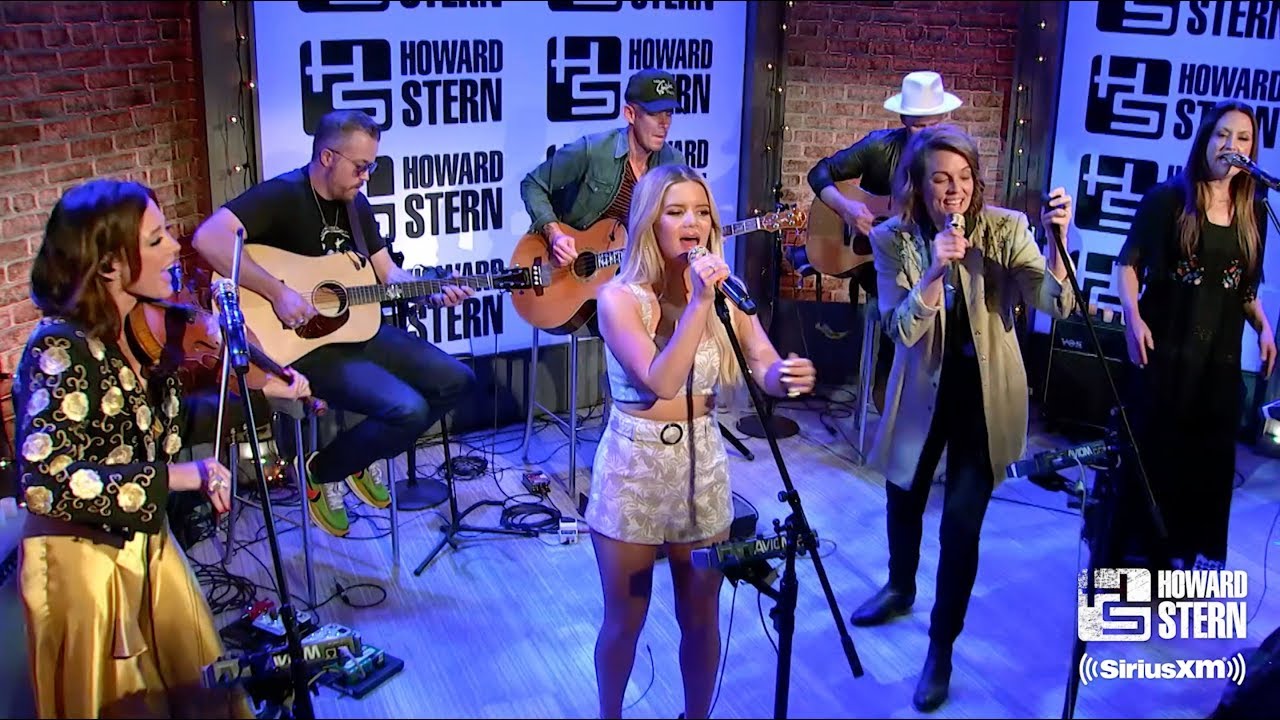 And it’s not just a matter of sound — they’re putting their money where their mouths are. The most visible example of this came at their historic headlining set at the Newport Folk Festival this year, when they performed among the festival’s first-ever all-female headlining collaboration, organized by Carlile. This collaboration included show-stoppers like Courtney Marie Andrews, Lucy Dacus, Sheryl Crow, Maggie Rogers, Jade Bird, Rachael Price, and Bridget Kearney of Lake Street Dive, Amy Ray of The Indigo Girls, Yola (who sang a verse on The Highwomen’s self-titled single), Judy Collins, Linda Perry, and perhaps most notably, country legend Dolly Parton.

Women like Parton are integral to the history of country music, ingrained in the fabric of it. This is what’s notable about the Highwomen’s burgeoning renaissance: The idea isn’t that they’re beginning something. They’re also uplifting and honoring the voices of the women who originally blazed the path that they’re following now, tracing back history and crediting the female presences in country that have been here for years, making their voices heard and speaking their minds.

Because feminist country music is not new. Patsy Cline opened door after door for women in country as early as the 1950s as one of the first to headline concerts, alongside other pioneers like June Carter Cash and Kitty Wells. Shania Twain, the “Queen of Country Pop” herself, has long been lauded for her messages of female empowerment and strength. Loretta Lynn sang about the stigma faced by divorced women in “Rated X” in 1972 and about birth control in “The Pill” in 1975, respectfully. In 1980, Parton struck a chord with her hit “9 to 5” about discrimination against working women. In 2000, the Dixie Chicks sang joyfully about murdering an abusive husband in “Goodbye Earl”. These histories are everywhere.

Country music has also seen its fair share of female collaboration, even in recent history — another element The Highwomen aren’t so much inaugurating as reviving and spotlighting. Parton, Emmylou Harris, and Linda Ronstadt worked together on multiple successful albums, and Parton, Lynn, and Tammy Wynette collaborated on Honky Tonk Angels. Then, of course, there’s the outspoken alt-Americana of the Dixie Chicks, and the beautiful, often queer, folk rock of The Indigo Girls. Just last year, the all-female group Runaway Jane were nominated for an Academy of Country Music Award for Best New Vocal Group after charting on Billboard with “Buy My Own Drinks”.

This element of country history and tradition is part of why The Highwomen’s particular emphasis on solidarity, togetherness, and mutual support is so resonant. Sonically, their songs are all about balances and harmonies, and they’ve also made efforts outside of their music to make this point: the all-women headlining set at Newport, the second inaugural Girls Just Wanna Weekend festival organized by Carlile. It’s clear that they’re trying to bring the roots of female collaboration and support within country music to the surface, to the forefront of our attention, where it should have already been.

In 2019, there’s plenty of this already going on — in fact, this continuation of history is everywhere. It’s in the music of Margo Price, Courtney Marie Andrews, Jade Bird, and First Aid Kit. Kacey Musgraves, who won four Grammys last year for Golden Hour in one of the most decisive country sweeps in recent Grammy history. Miranda Lambert, whose most recent single, “Way Too Pretty for Prison”, was a collaboration with The Highwomen’s Maren Morris. Even Taylor Swift, the ex-country darling who once wrote “Better Than Revenge”, is now going as vocal as one can go about her support not only for other women (which really has been clear for quite a while now), but also for trans women, gender-nonconforming and nonbinary people, and the LGBTQ+ community. 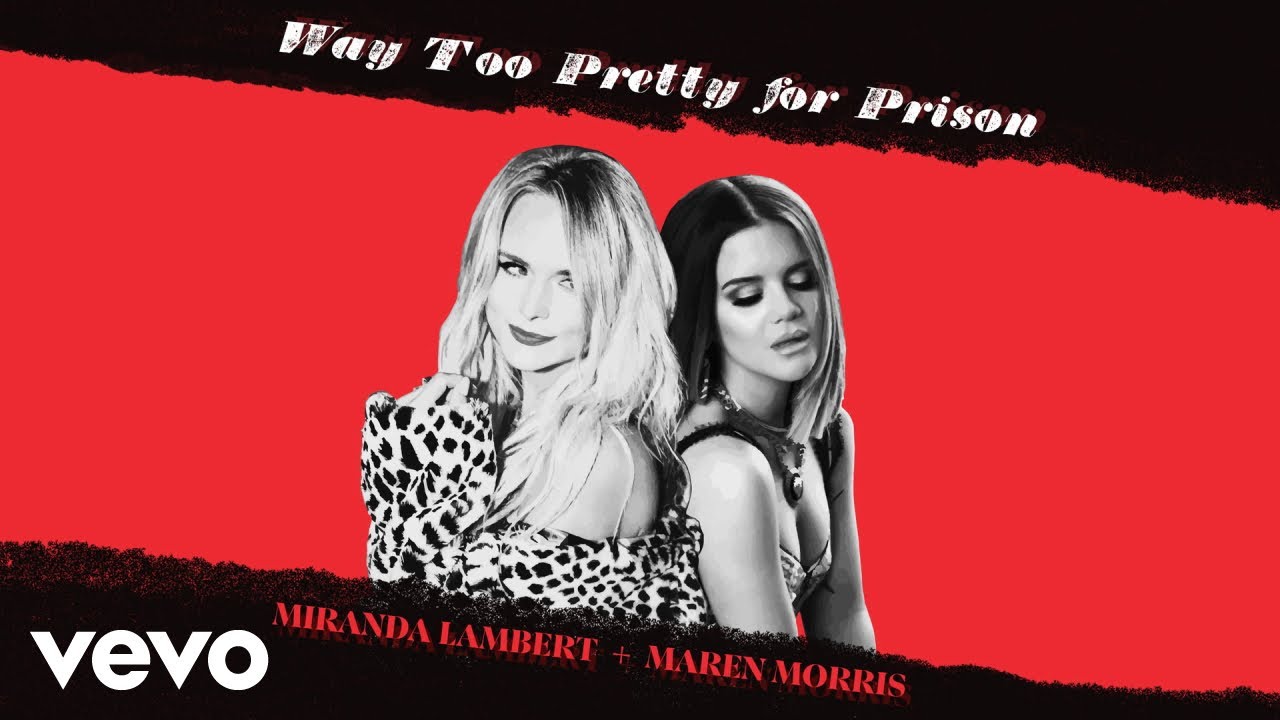 Seeing all of those women together on the stage at Newport, one of the most hallowed venues in folk history, sparks a similar elemental feeling to the shot in Avengers: Endgame where all of Marvel’s female superheroes gear up for battle side-by-side. You knew they were all there, and you knew the separate histories that made them great as individual trailblazers and jetsetters within their own stories — but in seeing them all together, an even greater realization is spurred. A realization that we need this, as obvious as it might have seemed: We need the power of women together. Working together, being seen together, being heard together. Individually, it can be too easy to see them as exceptions to the rule, as powerful forces flourishing against a greater canvas of male history trying to crowd them out. Maybe in a sense, they are. But witnessed all together, one has to see them not as sparks scrambling to be acknowledged by history, but as history itself — as crucial elements of the firmament of what country music is. The genre does not exist without them.

There’s still, as always, quite a ways to go in terms of the work that needs to be done to balance out public recognition and perception in the country world. The genre has always been particularly exclusive of women of color … and of people of color in general. As in most areas, women of color and black women especially have contributed much to the formation of Americana, country, and folk music, but much of the credit due to crucial early influences like Odetta, Elizabeth Cotten, and Sister Rosetta Tharpe has been erased. Modern artists of color at various axes across the folk and country spectrums, like Yola, Rhiannon Giddens, and Mickey Guyton, face extra trouble gaining traction on mainstream radio stations already geared away from women.

Heteronormativity offers another hurdle, one that Carlile and other artists like The Indigo Girls, Brandy Clark, and Chely Wright have been battling for years. And while the voices of LGBTQ+ artists have become refreshingly prominent within the last couple of decades, the establishment still has a ways to go in terms of shaping its culture around these issues. The Highwomen take aim at this culture in “If She Ever Leaves Me”, sung by Carlile — a gay love song and one of the most tender tracks on the new album.

That signals what’s lucky for the world — that those voices, those people, are out there. They see the work that needs to be done, and they’re doing it, whatever it takes — in spite of the struggle, in spite of and against the people who underestimate them, they’re making it work.

What could be more country than that?

The Highwomen Are Carving Out a Necessary Spotlight in Country Music